Some things are inherited

My husband posted this pic stitch on Instagram last night, with the comment, "Some things are inherited." Yep, that's me on the right (rocking multiple chins even then) and my son on the left as a tiny laughing genial three-month-old. 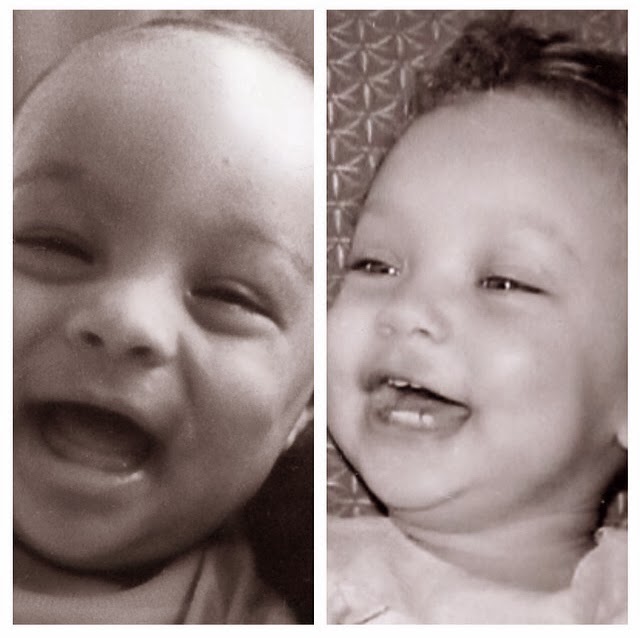 My darling man has been a little bitten by the Instagram bug, despite his previous avowed avoidance of all things social media. He claims he only made himself an Instagram account so he could follow his children and not have me constantly poking him in bed saying, "Did you see this?"and "What about this?" I suspect he first became intrigued back when our son dared to call me an Instagram slut for posting so often and, highly insulted, I deleted my account then slapped my forehead the second it was done and said, "Now why on earth did I pay an iota of attention to that boy?" at which point I had to begin all over again.

Well, not only did my man master pic stitch last night to his children's everlasting delight ("Omg! is that my brother and my mother?!?" and "Mom, is that really us? That's crazy!"), but he also declared, as we were watching the Winter Olympics opening ceremony from Sochi, that he was going to post a selfie. "Noooo," I advised, as he was sprawled on the couch, no shirt, just shorts and we all looked decidedly homey, as if we had definitively retired for the evening. Our son said mildly, "Daddy's posting selfies now?" as his father, clearly pleased with himself, tapped away on the screen of his iPhone, finally announcing, "There! Posted!" With some trepidation, I went to see what he had posted and it was this: 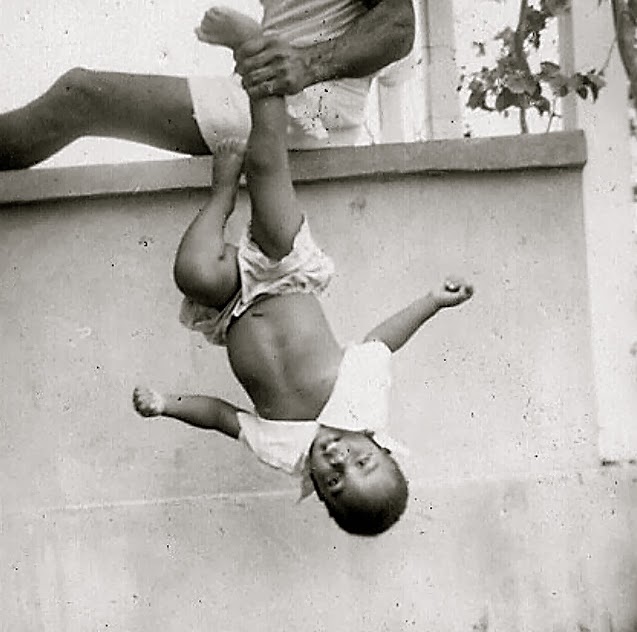 That's a photo of him as a toddler, happily upside down, his dad with a firm grasp on his ankle. It might be his favorite photo of himself of all time, especially because he is smiling, so sure he is that his dad will  never let him fall.

He'll get the hang of this social media thing, yet.