When I look back at 2014, I see a string of deaths, my Uncle Roy, my Aunt Winnie, my sweet father in law, my cousin's husband. When I look ahead, I see that it will be a miracle of my mother makes it out of 2015. Of course, we thought the year just past might be her last one and here she is with us still, but I confess I had no idea at the start of the year how much worse her condition would actually get. She is mostly in bed these days, and every time I call, she is sleeping. My brother says she looks like a skeleton and it pains him to see her that way. My cousin, who has been her rock, says my mother seldom converses now, just stares into space and then drifts off. My aunt says she sees their brothers and sisters who have already passed on sitting beside her. When I told my cousin that we were flying to Jamaica to be with my mom for her birthday, my cousin sighed and said, "I hope she makes it till then, but at the same time it would be a grace if she just slept off." There is a grey pall over the changing of the year for me. I go about my life, doing, laughing, being, enjoying having my daughter home, and my son and my heart son, too, enjoying the sound of the young people in the living room come evening, chatting and laughing. I join them sometimes. Other nights I lie in bed next to my husband, both of us reading, content that they are nearby. But quietly weaving underneath it all is the knowledge that my mother's time is short now. Oh, it aches. 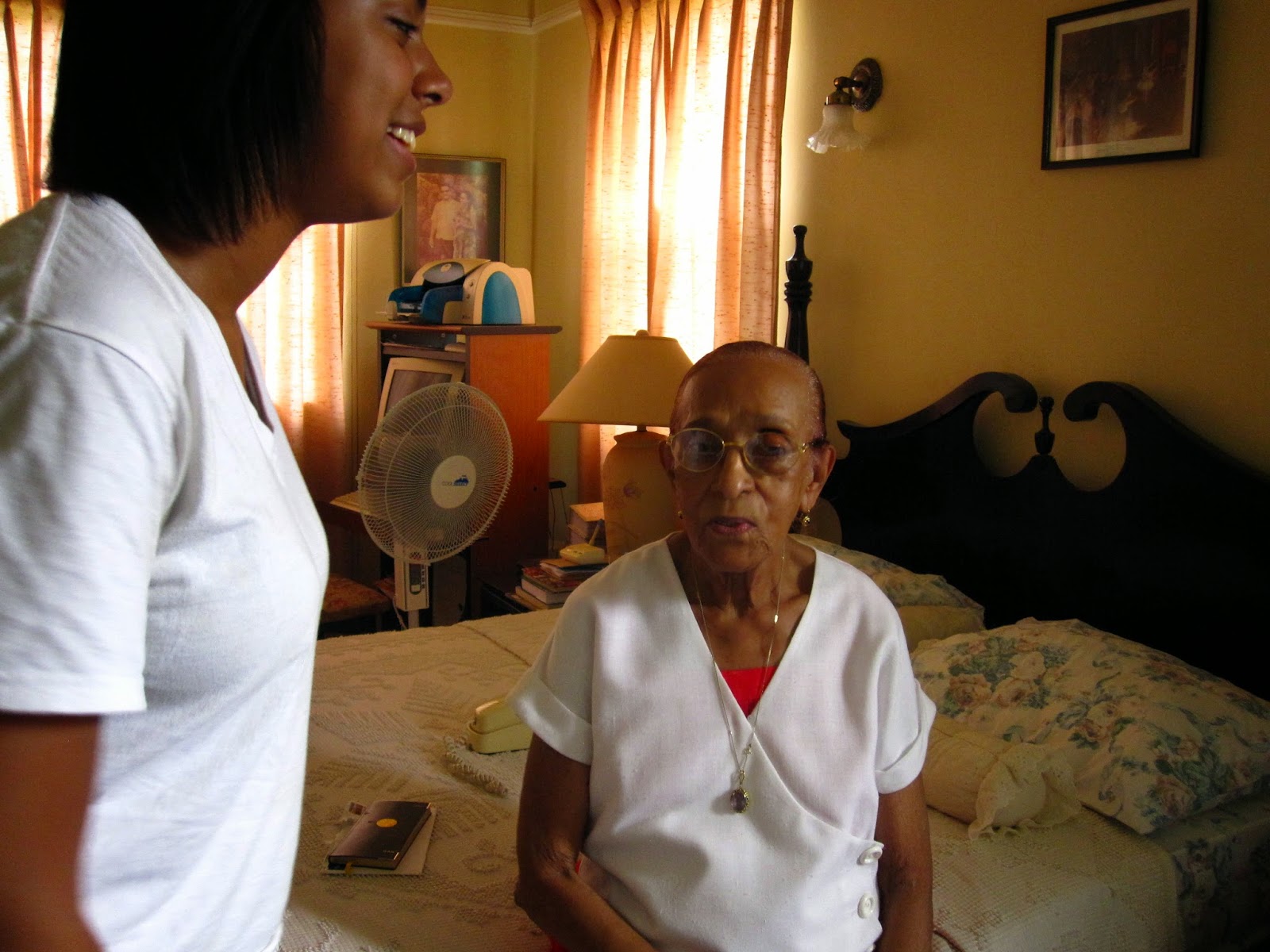 The photo was taken in St. Lucia in June 2011. My daughter and I spent a week with my mom at her house in Rodney Bay. She was thinner that I had ever seen her and so tentative when she walked. I had no idea that we were still in the good days.