A happy and prosperous 2015 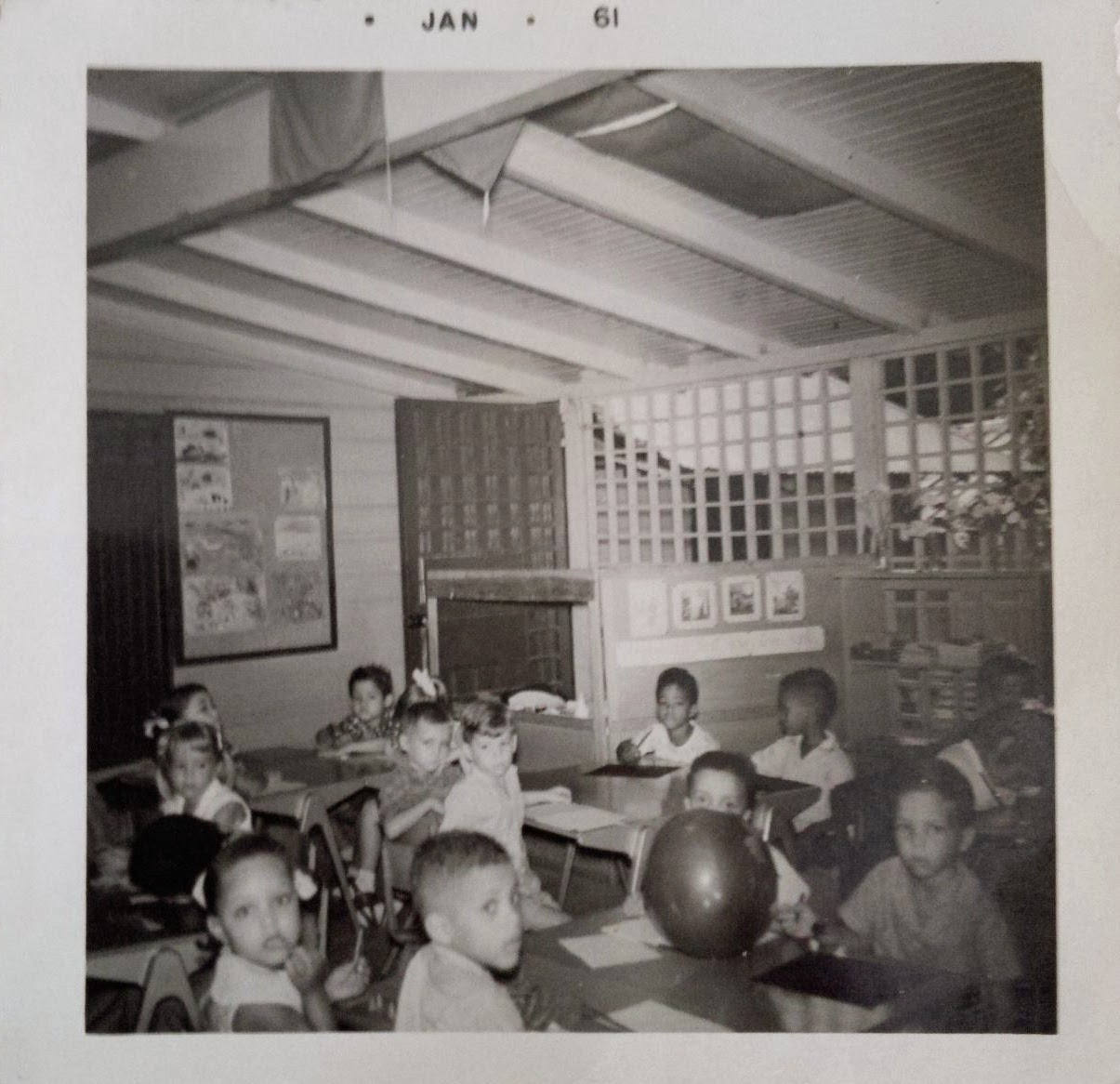 My brother sent that image to me last night. "Recognize anyone?" he messaged. He and I are the two children in the lower left forefront of the photo. He was five and I was three. I wasn't in school yet but was visiting his class for the day. I have to say, I do look kind of ready. I wasn't one of those children who entered kindergarten crying. My mother tells my that I was the one who went up to the crying children and patted their arm, telling them it would be okay.

My brother has been mostly bedridden for the past week. He wrenched his back "doing nothing at all" he told me. This meant he was home on New Year's eve with our mother. He texted me at midnight. "She was sleeping but I kissed her anyway." She is not doing so well. Her body is painful and arthritic and uncomfortable to be in now. It does not do her bidding. Swallowing is difficult. Her reality is fluid. This is the hardest stage.

While our children went to various festivities in the city with friends, my husband and I brought in the new year with six dear souls. We sat around a table and dined on delicious adobe chicken and other dishes contributed by our group. The talk was easy and ranged everywhere, as it does, and ten minutes before midnight we decamped to the living room to watch the ball drop in Times Square. I had none of the angst that usually accompanies this night (though I did worry about what the year might bring for my mom). Could it be that I have finally released my expectations around New Year's Eve? Then again, it may be that I was with such a congenial crew, sipping Prosecco and dissecting the problems of the world yet managing to find much to laugh about. I love these people and was happy to usher in 2015 in their company.

Tonight, we'll see them again. We're getting together for a now-traditional New Year's day intergenerational dinner with our children and several others. "We gave our children each other," my friend Isabella and I decided last night. "And they gave us each other, too."