Spent the weekend curled up watching the new season of House of Cards except when I went to the church of Hal (Weight Watchers) on Saturday and to a leap year baby's 57th birthday party that evening (technically her actual birthdays make her still only 14), and then to the annual meeting after services on Sunday at which my sainted husband stepped down from his 4-year stint as warden and was promptly voted onto the vestry. A winter storm arrived in the afternoon. We walked home in the swirling snow, the flakes settling on our shoulders, in my hair, crystals crunching underfoot, the heavier-than-predicted snowfall covering everything with a soft whisper.

Once inside, I called my mom in Jamaica. Her caregiver Penny told me that she had eaten very well that day, oatmeal for breakfast, a bowl of soup for lunch with chicken and root vegetables smoothly pureed, yogurt in the afternoon. She is swallowing better, and her appetite has returned. We chatted a bit, and her voice sounded quite strong, though her words are now blurry. Apparently she had a fever last week and was prescribed antibiotics. They seem to have brought her back around, whatever that means. We said her favorite prayer together, the one she used to say with her grandchildren every night before bed. We said I love you. She said we are blessed.

After that, I watched House of Cards and dozed, hardly getting out of bed. I was fast asleep under the covers when my son got home at almost ten in the evening. He came into my room and kissed me on my forehead and put his mitt-sized hand on my hair. It was such a filial thing to do. I was touched. 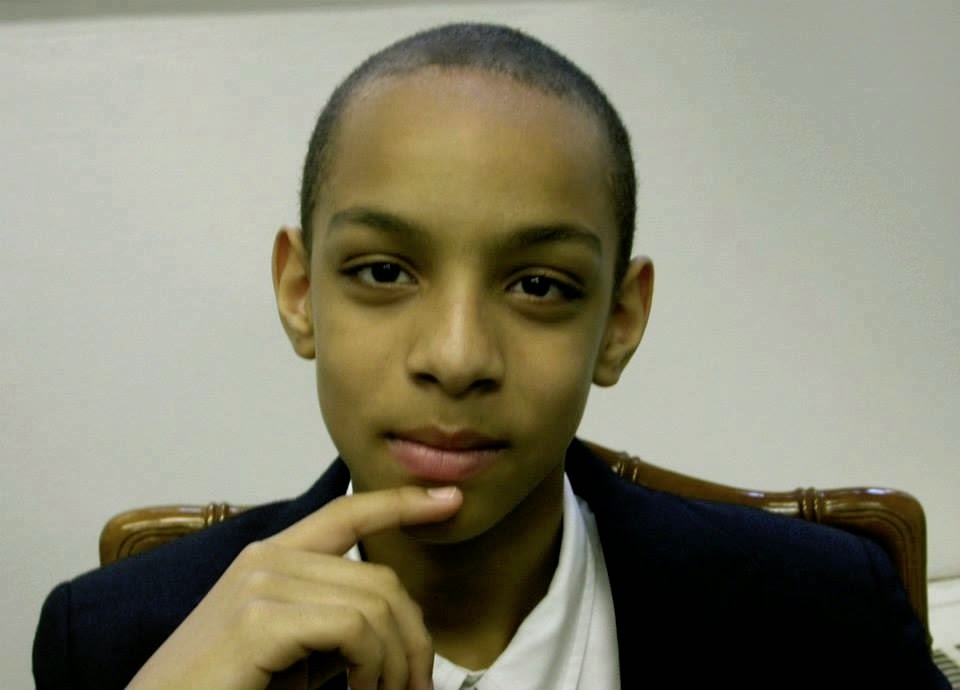 Here's a photo of my boy that I ran across. His face is all manly angles these days and this photo shows him in the moment before those angles started to emerge. He was 12. It was taken right before his confirmation by the Episcopal Bishop of New York, who happened to be Jamaican-born and a lifelong friend of my parents. The Bishop, a man ever kind to our family, died late last year. His grandson was born a month after. Cycle of life.