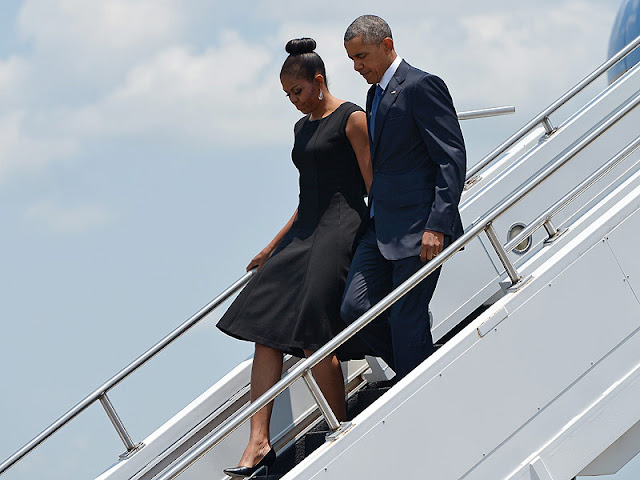 Our president had to give a eulogy for a senator and a minister slain in a Charleston, South Carolina church by a hate-filled madman, but then he sang "Amazing Grace" from the podium, in a voice threaded with sorrow and weariness, yet a voice that held in its cadence the will to keep fighting, to keep the faith, to keep on.

The day before, the Supreme Court of the United Stated had upheld Obamacare subsidies, once again refusing to dismantle the law. I personally love calling the Affordable Care Act Obamacare, because years from now when it is just a fact of American life, his name will be attached and he will get all the credit, just as so many try in the present to heap blame. But his back is strong. His health care plan prevailed.

And then. And then. On Friday morning the Supreme Court ruled that all people have the right to marry whom they love, regardless of gender. When the news hit, just in time for Pride weekend, landmarks across the country lit up with the colors of the rainbow, including the White House. 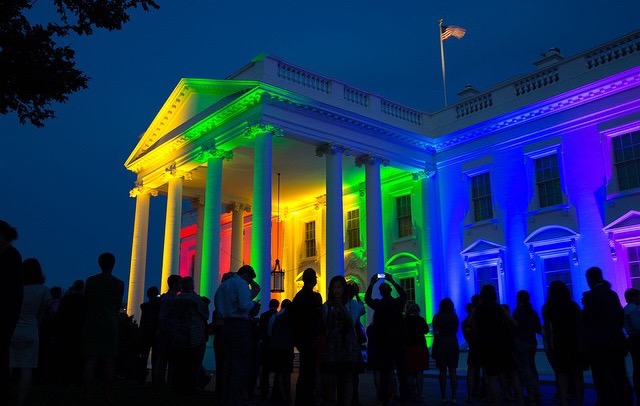 Banner headlines blared that the president's legacy had been sealed, which of course sent the GOP hacks into a collective freakout. They called for the abolishment of the Supreme Court, saying the justices were unelected so who were they to make law anyway? Where were these critics when the court gave George Bush the presidency over Al Gore back in 2000? They were pretty happy with the justices then.

My husband likes to say that everyone is playing checkers while Obama is playing chess. And he's right. All these victories didn't just happen. Obama has been moving pieces around the board for six years. It helped that a wide enough swath of America, perhaps not the most vocal swath, but certainly enough hearts and minds, finally brought about critical mass in the court of public opinion, led by a courageous president.

None of this "just happened."