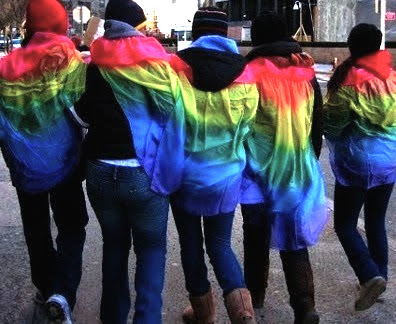 When my daughter was in eighth grade, she and her class led their school in a city-wide march on MLK day at which they delivered speeches they had written supporting the rights of individuals to marry whomever they love. Their teacher called them rainbow superheroes because of the tie-dye capes they wore.

So you understand why my daughter just ran in to my room yelling, "Oh my God, did gay marriage just become legal across the country?! Did that just actually happen?!!!!"

OMG! They did it! By a margin of 5-4, the Supreme Court of the United States has just legalized marriage equality nationwide! I'm so happy I could cry.