They gave my son a bullet proof vest with his name embroidered on it today. Also winter outerwear, again with his name embroidered over the heart, and FDNY EMT in huge letters on the back. He won't let me take a picture of him in any of the gear, because his clinical scenarios are next week, and that's the last hurdle. Then, he says, I can take all the pictures I want.

Tomorrow, he and all the probies are attending the funeral of the firefighter who died earlier this week when flying debris from a gas explosion in the Bronx hit him in the head. It was the saddest thing; a husband and father of three who won't be coming home. Naturally, this feels more personal to me now than it ever has. It also sent me down the rabbit hole, researching how many firefighters have died in the line of duty since 2000. Apart from that horrific year, 2001, the numbers are one or two or none a year, and most often not from fires, but from freak accidents like the one this week, or else from heart attacks on the job, usually in older veterans, the ones in their fifties who might not be in such great shape anymore. It's a tough, physical job. But even one loss feels like too many.

At the other end of the spectrum, my husband and I saw a bunch of firefighters in the supermarket today, picking up groceries for their fire house, and my heart swelled with giddy pride when I thought that my boy was now one of their tribe. Same big, steel toed boots. Same swagger. Same dream. 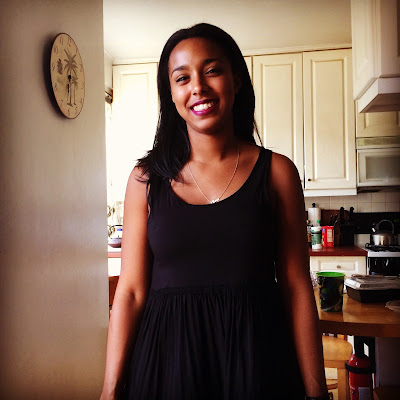 My girl meanwhile had an insanely busy week, as one of the big annual fundraisers for the nonprofit she works for is being held next week. It's a fancy affair, the cheapest tickets are $750, and top chefs and dignitaries from all over will be sponsoring and hosting. She was practically hyperventilating when she got home tonight: Some of her friends wanted her to come out with them, and she just wanted to curl up on the couch with a blanket. "I had such a long hard week," she wailed, because you can get sympathy for such declarations from mothers. "Poor baby," I played along. "How did you do?" "I did well," she said readily. "My boss was really happy. But," she began wailing again, dramatically raising a hand to her brow, "it was at such great personal expense." I went to hug her, and we burst out laughing.

As for me, I closed the deal on a new project this week, and will be meeting with the subject next week to begin interviewing. As always, I don't know how I will do this, I am completely at a loss, but I keep reminding myself that I always feel this way in the beginning. One foot in front of the other. One breath, one thought, one idea at a time. I have work, y'all. This brings its own kind of stress, but I vastly prefer it to the alternative.
Posted by 37paddington at 8:34 PM