The TV is on in the background. I'm half listening as Congress interviews the proposed candidate to replace James Comey as FBI director. I am struck by the degree to which the questions are designed to ferret out the man's willingness to admit and act on criminal conduct on the part of the American president and his staff. When has an FBI director's confirmation ever been so clearly tied to his being a clear challenger of the White House? The cynic in me thinks it's all just stagecraft.

The man, whose name I can't be bothered to look up, is doing his best to thread the needle, to please the president who nominated him, and the committee members who see the president for what he is. It all adds up to obfuscation and double speak. I already don't think much of the man by virtue of the fact that he accepted an offer to work for this president. That's wrong thinking of course: Some part of me is hoping that people with courage and integrity sneak past the gate and get themselves in a position to act against the criminal tomfoolery that passes for federal governance these days.

Meanwhile VP Pence takes pains to distance himself from Donny Junior's meeting last summer with a Russian lawyer who claimed to have incriminating material on the woman who was Daddy's main roadblock in the race for the White House. This is apparently enough of a smoking gun that Pence put out a statement that when Donny Junior met with the Russian lawyer, he, Pence, had not yet joined the campaign. The man is as bad as his boss, and that's saying something.

The president's son-in-law Kushner and then campaign manager Manafort did join Donny boy in the meeting with the Russian lawyer, however, and some now theorize that Junior's colossally stupid release of his emails pertaining to setting up the meeting are intended to protect Kushner, who, as a campaign official then, and senior advisor now, could be indicted for taking the meeting. But, I don't get that reasoning. Kusher was there. And he failed to disclose this meeting and several others with the Russians on his security clearance forms. In any other administration his clearance would be revoked, he'd be removed from his position, and perjury charges would be brought against him.

It's all one big clusterf*ck, and it is diverting us from some real true dangers happening in the background, laws being passed under the radar, by Republicans who will continue to ignore the criminality and woeful ineptitude and mental instability of the president because he sucks up all the press attention and leaves them free to do their dirty deeds in the dark. And I, for one, am entirely convinced that the Russians didn't just peddle oppo research and hacked DNC emails, they actually tampered with voting machines in at least three states. That's why the return results last November didn't make any sense. And if they could tamper with actual voting machines then, why can't they do it again for the 2018 mid terms? Combine that with voter suppression laws and jigsaw-like gerrymandering of voting districts, and we might be stuck with these idiots and mercenaries for a long time to come.

I don't even know why I am writing this. Just venting, I suppose. Some days, I have no heart for any of it. Today is one of those days.

In other news, all the kids happened to stop by after work yesterday, and we mindlessly watched Forged In Fire and talked and dozed and ate dinner and laughed at some summer memories from their shared childhoods, and the house felt entirely normal. 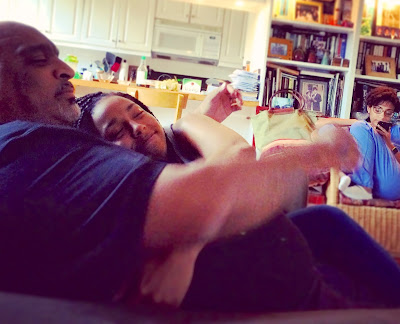 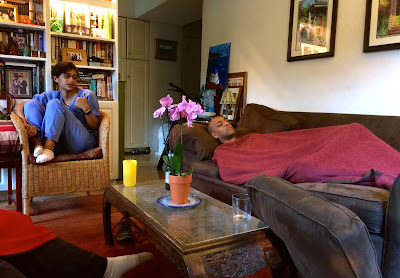