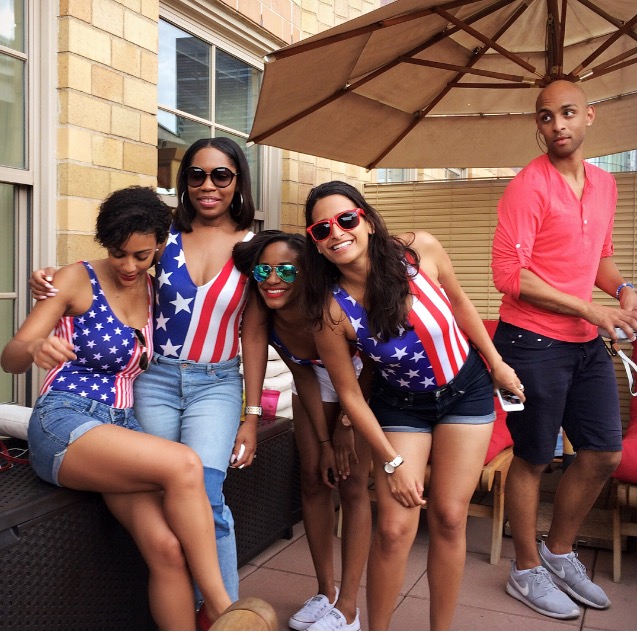 My husband and I, and my niece's boyfriend's parents, were the generation outliers at the barbecue yesterday. We were meeting them for only the second time, but we old fogies got along like old friends, sharing stories and vacation ideas (Argentina's Mendoza wine country!) and joking with the twenty somethings, who also were having a rousing time. The twenty-fourth floor terrace where the gathering was held had a view of New York harbor and a lovely breeze flowing through. My husband's sangria was a hit, and so were the bathing costumes of a cohort of my fellow Jamaicans—never let it be said these young women are reticent about playing with a theme! 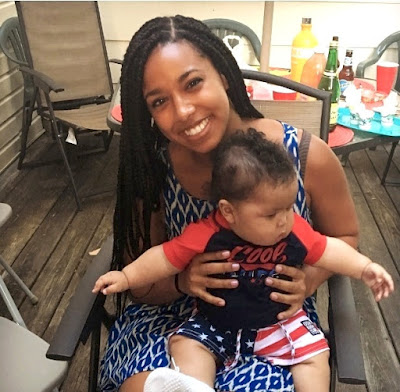 We missed our daughter, who was upstate with her boyfriend's large extended family, holding babies and celebrating four family birthdays, including his. He told us once that when he was a child, he thought all the fireworks and festivities on his birthday were being staged for him and his cousin, who was born the same day. And why not, we laughed.

President Obama's daughter Malia was also born on Independence Day. I saw on social media that a lot of African Americans opted to celebrate her birthday in lieu of the birth of a nation whose original constitution encoded black people as "three-fifths a man." I think maybe most of us are missing Malia's father, a leader who made us proud. But none of that was on the minds of the four stars-and-stripes wearers in the picture above. For these young women, every one of them more than equal to anything their adopted land might bring, the day was simply cause to kick back and have fun. No deep thought required.
Posted by 37paddington at 10:57 AM