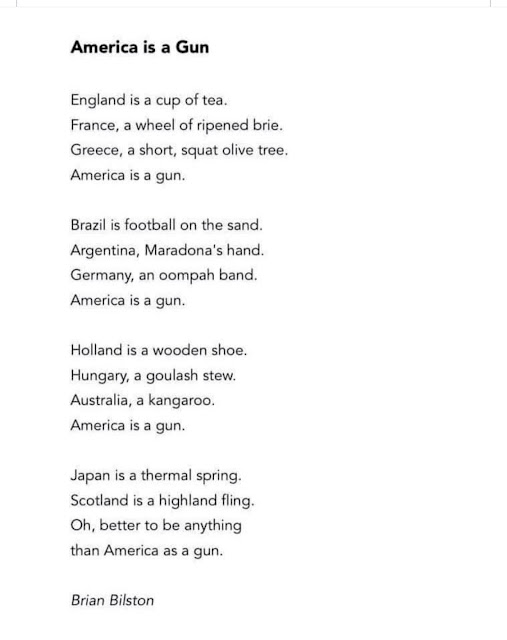 Before we can grieve the souls lost in one mass shooting, it happens again.
Buffalo, New York, May 14, 2022, 10 Black elders gunned down in a supermarket by an 18-year-old white supremacist with an AK-15.
Uvalde, Texas, May 24, 2022, 19 fourth graders and their two teachers gunned down in their classrooms by an 18-year-old with an AK-15.
And on.
And on.
It seems to me that when 19 police officers are too afraid to go in and neutralize a teenager with an AK-15 assault rifle and instead the cops stand around in the hallway for an hour, listening to gunfire as the shooter slaughters 19 children and two teachers on the other side of an unlocked door, then it's time to ban that weapon of war. Those cops put fear for their own lives above those Uvalde schoolchildren. Despite their oath to protect and serve, to be brave in the face of mortal danger, they let the babies die, many of them bleeding out as they dialed 911 again and again from their cell phones, begging the so-called good guys with guns to break through the door and help them. I cannot plumb the depths of their parents' grief. I can barely feel my own grief, I'm so blinded by rage. Anger is sorrow turned inside out.
Posted by 37paddington at 9:11 PM