The afternoon we got there, the skies opened. That didn't stop us. We set down our bags and headed out right away, strolling the wet streets of the French Quarter, catching raindrops with our bare heads and brushing shoulders with throngs of out-of-towners who had the same idea. We stopped for a meal at a restaurant called Desire, where I snapped pictures through frosted panes of glass of life going by on Bourbon Street. 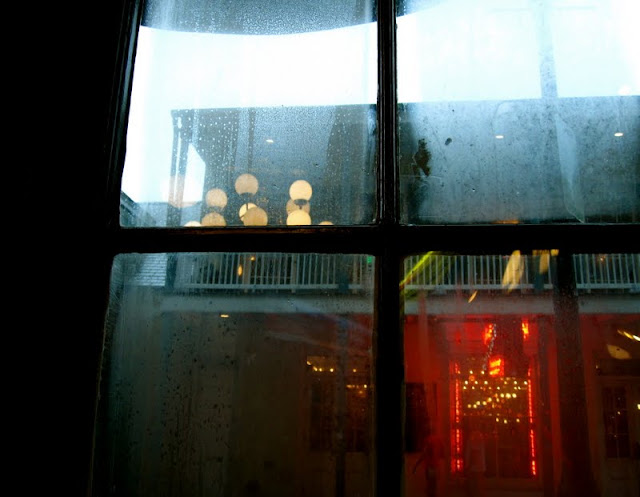 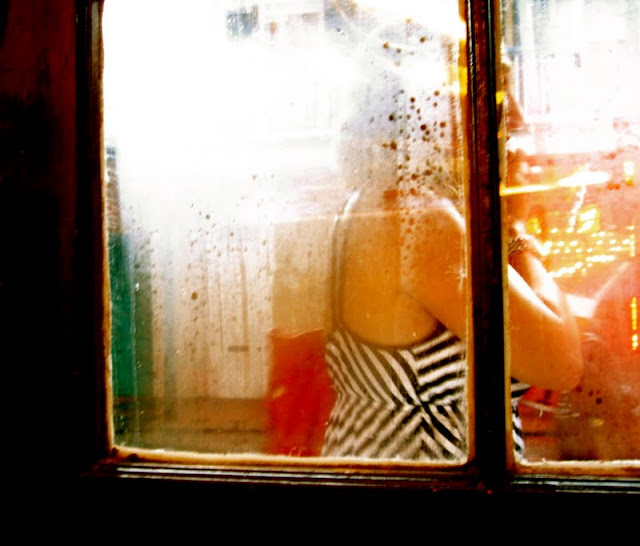 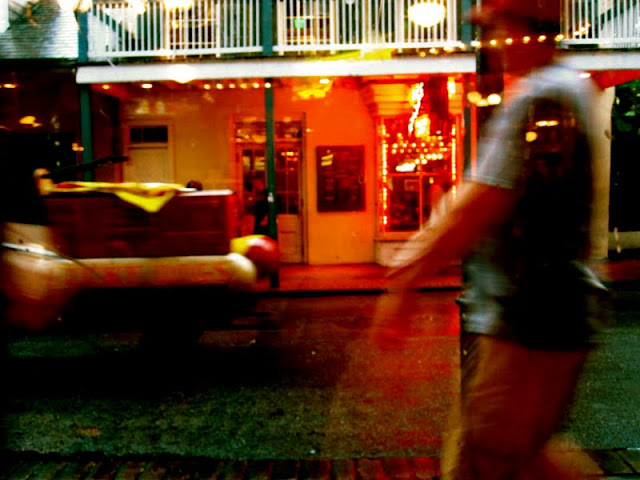 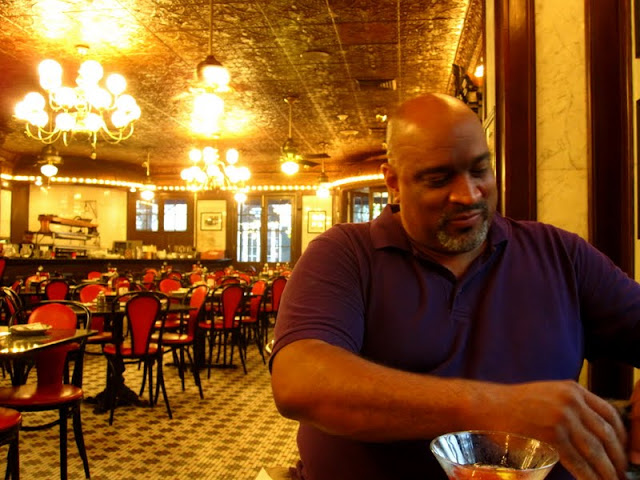 The next day dawned sunny and hot, and what seemed to draw my camera most were the buildings in the Quarter, the colors and the old world architecture, the wrought iron balconies and the greenery spilling from the air. 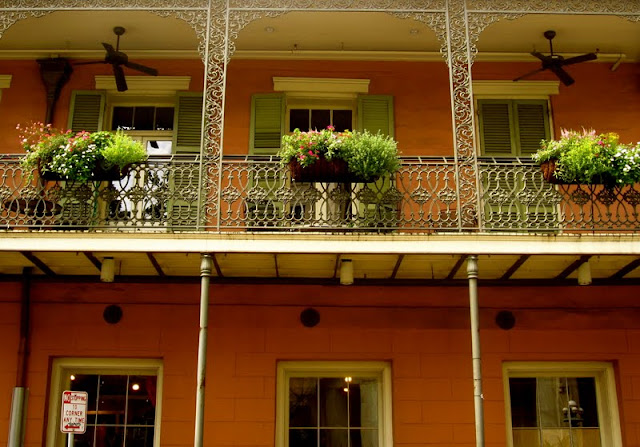 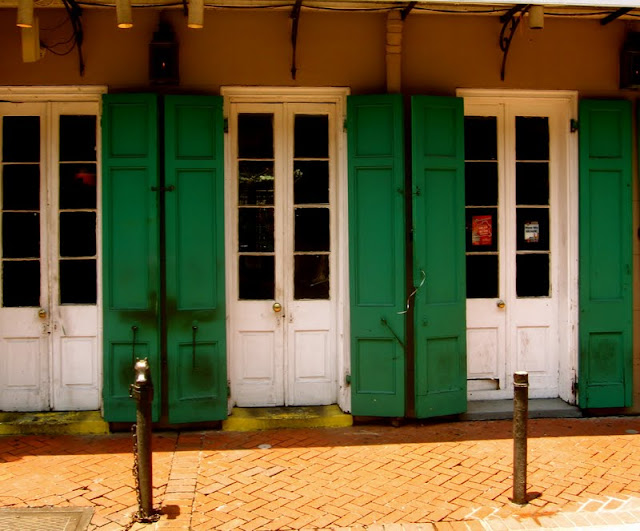 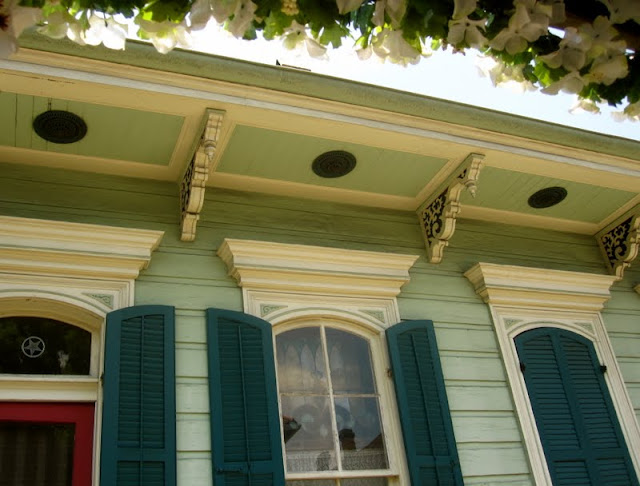 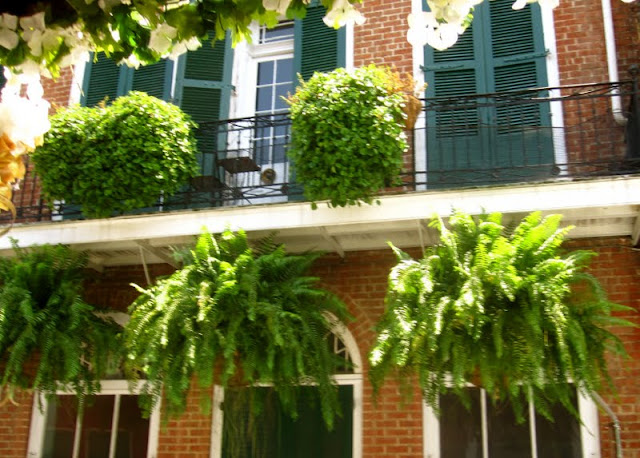 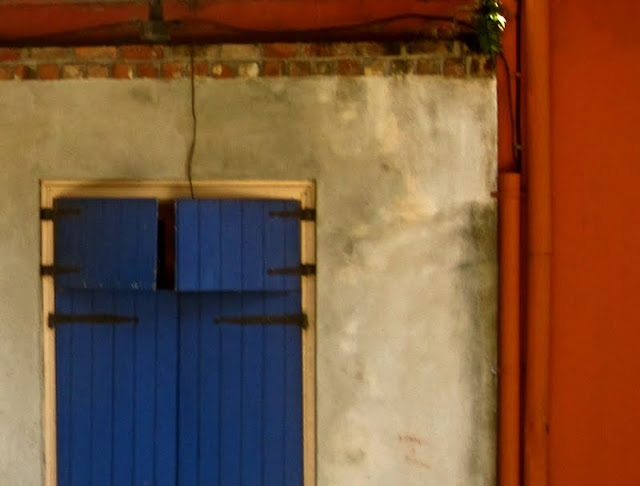 We did and saw a lot that I didn't think to photograph, jazz musicians on outdoor stages, in bluesy clubs, the two of us eating beignets in Legends Park because the line was too long at Cafe du Monde, streetcar rides into the Garden district, mysterious bookstores and trinket shops, food adventures, the art around Jackson Square, the painted performance artists on streetcorners, chatting with the ticket booth lady who told us the real deal, brunch at the Ritz with a very loved friend who just happened to be in town for a conference, and the other highlight, a performance of Hugging the Shoulder, a play directed by my new friend Glenn Meche, who kindly offered to drive us back to our hotel after. We stayed in the Quarter, right on Bourbon Street, which many people had warned us could be a little sketchy. But we had no complaints. As Glenn pointed out, New Orleans is a theater town, everything is theater, and it's at full tilt day and night on Bourbon Street. And just steps from the mayhem, the hotel had a secret courtyard with a romantic fountain that I had been gazing at in photographs for weeks. I finally got to take my own pictures of it. 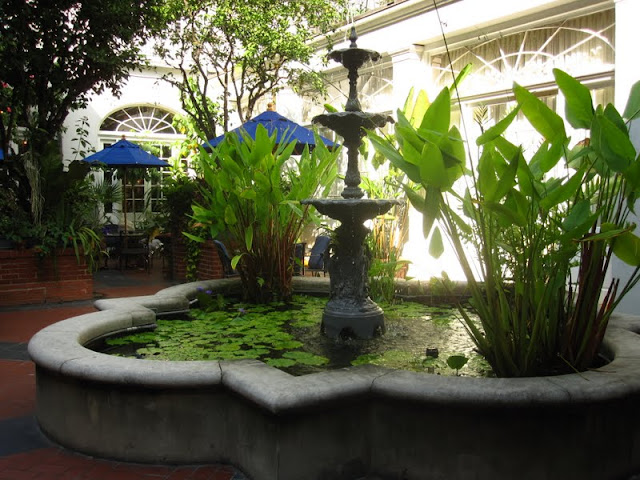 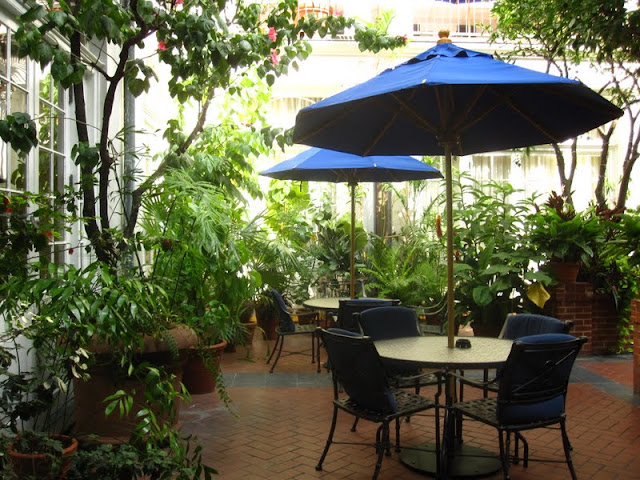 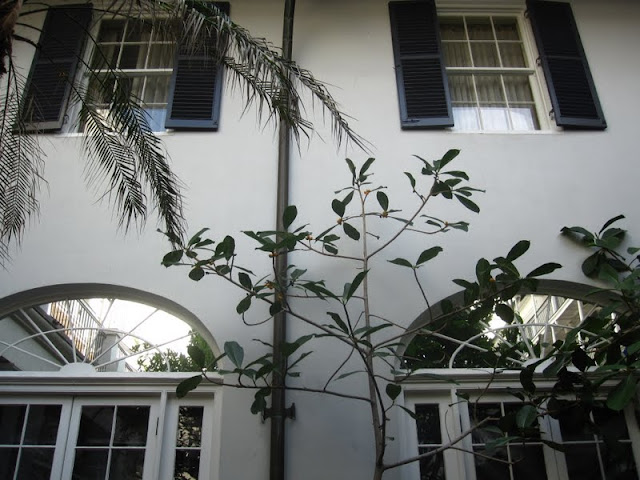 Our room didn't look down on the courtyard, much as I had hoped it would. Instead we looked out toward the Mississippi, as the front desk clerk told us when we checked in. I didn't ask if we could actually see the river, since the hotel was full and so the point was moot. It turned out our view was of the back of antique stores on Royal Street, and a corner of the Courthouse, which has been undergoing renovations for years, and appears in every John Grisham movie ever made. My husband and I were fascinated by a little house that had been completely surrounded on all sides by buildings, orphaned. 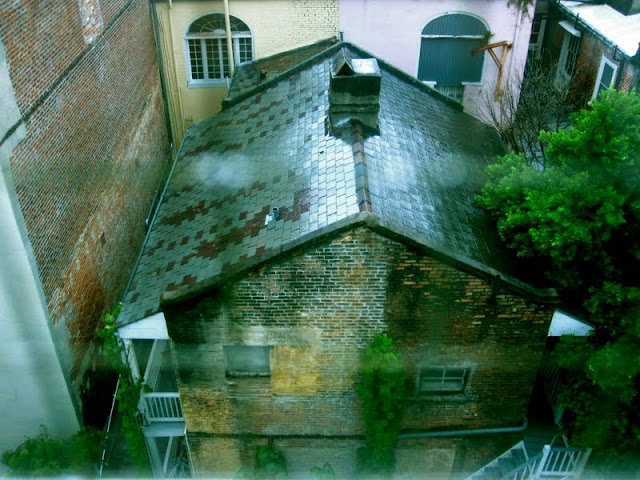 The room itself was perfectly lovely. It had everything we needed, including air conditioning and a dreamy bed. There is my love of 25 years, getting himself organized. And the last picture is of me and my little red Canon, hiding in a gilded mirror. 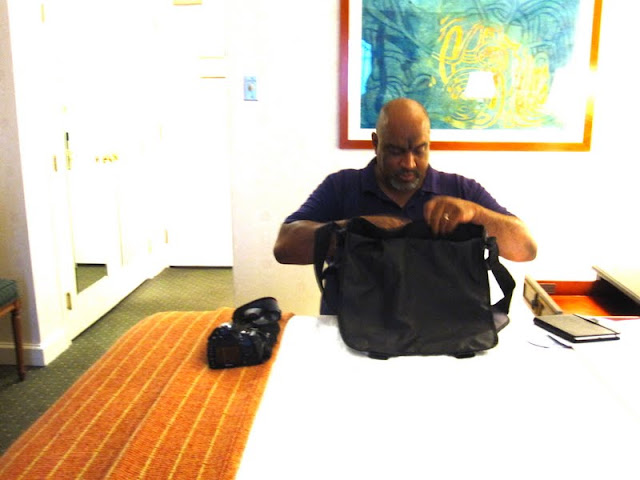 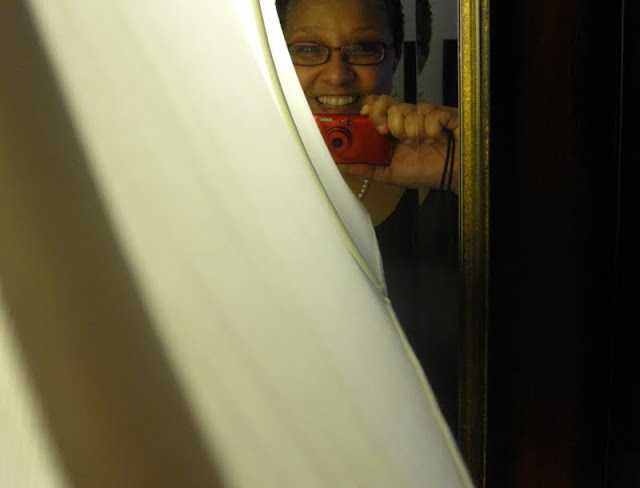