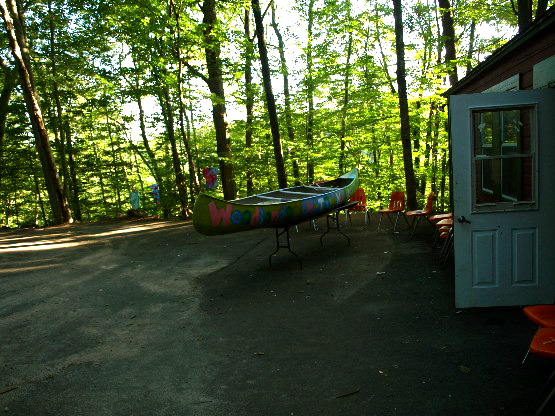 This weekend, camp will end for another summer, and my kids have that melancholy aspect that always attends their return to the real world from their summer commune. Their camp friends have become to them like family and now they all scatter to different parts of the world. On the camp website, the photos posted today are mostly of the scenic variety, suggesting things are already winding down.

There was also a photo of my son's best friend. They grew up together and call each other brother, although surely brothers argue more than these twin souls ever have. They go to the same college now. They move in different circles there, but each knows the other is a text, a phone call, a quick run up the hill away. 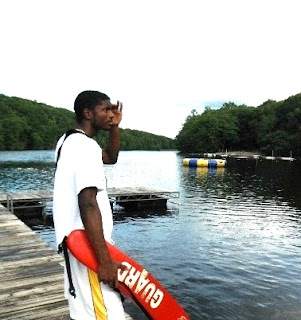 I get a kick out of this photo of E. lifeguarding. I remember back in high school, he and my son went to try out to become lifeguards for the city one summer. But they were too slow on the timed swim test. It was one of those misadventures they came home laughing about, a comedy of errors and very odd people administering the test and the two of them swimming out of their lanes. They kept swimming into the lane divides and having to course correct, which made them dissolve into embarrassed giggles, much to the irritation of a glowering city official. I can't quite remember all the details, just that they regaled us with stories that night. And now here they are, both of them having achieved the thing. Granted they're each about a foot taller than they were then, a lot more cognizant of the skills required, more sober about the whole endeavor, too.

It is a comfort to me to know these two have each other. Earlier this summer when my son was upset and out of reach, unable or unwilling to hear his parents, I called E. "Don't worry, I'll talk to him," he said. And he did talk his friend back to reason. I knew he would be there for his friend, as I know my son will be there for him. I am so glad he is in our lives. I call him my other son.
Posted by 37paddington at 12:02 AM