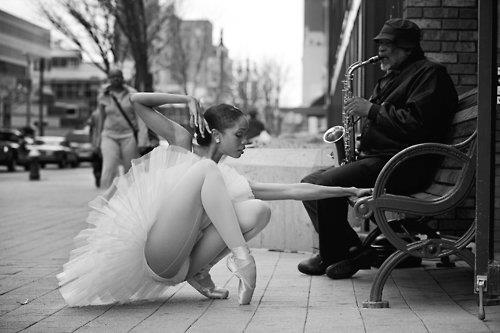 Is this not an exquisite photograph? It showed up in my news feed today, with this: "Ballerina Aesha Ash was recommended to leave the corps of the New York City Ballet because the master in chief basically told her she had accomplished all she could as a Black dancer. After the decision to leave, Ash joined Alonzo King’s Lines Ballet, a company based in San Francisco, where she soared. Ash has been featured in Pointe Magazine, Dance Magazine, New York Times, and San Francisco Chronicle. She also started a blog, The Black Swan Diaries, so that all those following in her footsteps might learn from her story as well that of as other Black dancers who share their experiences. She was also the dance double for Zoe Saldana in the film, Center Stage."

The photo made me gasp. Turns out it is part of a portfolio of fine art prints staged by the dancer herself as part of her urban arts project. Go here for more.