There was a happy post that was writing itself in my head yesterday morning as I traveled to work along the river, the day overcast, the river as I love to see it, moody and grey, blustery, full of art.

The post in my head meandered around the quite wonderful time I had had at work the day before, when I was elbow deep in editing a piece of writing I loved, from a writer I have loved for years. She offered up such riches, but because we never give anyone enough time to truly craft a piece anymore, all deadlines are ridiculously short and barely accommodate the muse, her piece was a few hundred words longer than the space allotted and still a little unwieldy, occasionally going off on tangents that led nowhere. But oh it felt like an honor to work with that piece, to try and take it where it wanted to go, and would have gone if the writer had had another week. Mainly it was about pruning and shining a bit so that the jewel might assume its full sparkle, and by the time I got home at 9 pm, I felt, not exhausted from the long day, but exhilarated! The next day the writer called to say she felt the edit had been "loving" (that was the word she used) and she had only one small change. I was reminded that when you do work you love, you feel energized, filled up by art. 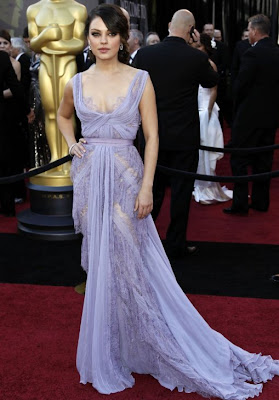 The unwritten post also wandered by my daughter's quest for the perfect prom dress. Now that midyear grades have been sent and soccer season and dance concert are behind her, all focus has turned to prom. She's head of the fundraising committee for prom ("Damned initiative!" she grumbled) and she and her prom crew are gearing up in earnest. When I walked in she was browsing red carpet dresses, and moaning that she had indeed found the perfect dress, but she couldn't have it, because it was an Elie Saab number that Mila Kunes had already worn at last year's Oscars. My girl loves the dress so much, nothing else compares. Never mind that she would have wanted to chop the thing and make it a short skirt rather than a gown. The upper half of the dress had her swooning. These are happy problems, I told her, kissing her head.

So I really sat down here this  morning to write that I felt like shit. Everything hurts. Every bone and joint, even ones I didn't know were part of the action, and the kitchen is a mess after an explosion of cupcake baking last night, with the dishwasher not cleared, and dang it, I have to be at work early this morning so I'm going to just leave it for the cupcake baker to clear up when she gets home from school. But you know, writing about the happy things from the day before, tapping back into my good mood, darn if I haven't lifted myself above the poison that was in me when I woke up! Blogging is therapy. Life is full of art wherever I look. I am grateful for that today.
Posted by 37paddington at 8:08 AM