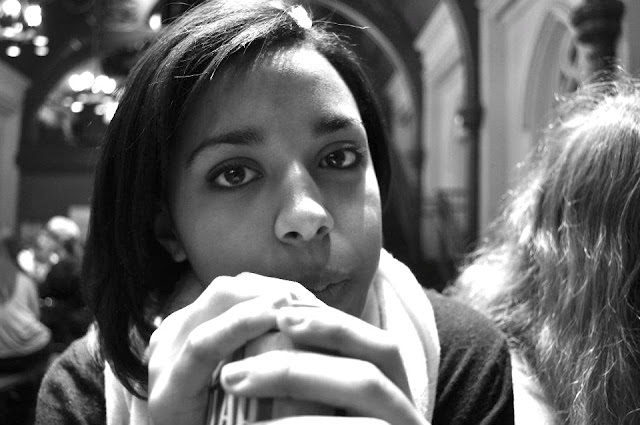 True story: My daughter chose the high school she wanted to go to when she was 9 years old, leafing through brochures and catalogs lying around the house during her older brother's high school search. She looked through one catalog in particular and then announced, "I am going to this high school." Four years later, she did, soulfully navigating the crazy-making high school admissions process in New York City. Back when she first informed the universe of her intention, I asked her why she wanted to go to that school. She said, "The cafeteria looks like the dining hall in Harry Potter." I didn't question further. She was a foodie and a believer in magic, even then. The photo above was taken on Friday last, in said cafeteria. My city girl is now on a beach in Mexico, with two friends and one of their mothers, experiencing spring break in paradise. As she weighs where she will go to college, may she ever continue to work hand in glove with the universe.