What fresh hell is this? 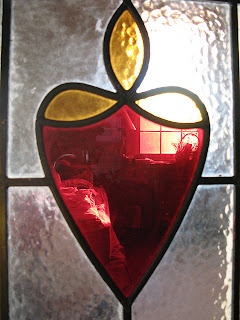 I am twisting with anxiety. I got a notice in the mail a couple months ago that my 93-year-old aunt will have to select a Long Term Care agency that works in tandem with her current home care agency in order to continue receiving services. My aunt is bedridden at this point and unable to do for herself, and the annual recertification of services for her is always a prolonged, uncertain and angst-ridden affair and now the process is changing altogether, possibly because the previous system was so labyrinthine and inefficient. Our paramount concern is that my aunt's two home care attendants not be changed, as they are both very caring women who understand her case, including pesky details like her addict daughter. When one goes on vacation for even a week, my aunt is at risk of horrific bed sores, because the replacement attendant is never quite as attentive. She sustained some bed sores last summer that came up within a single 24 hour period and took six months to properly heal and caused her so much pain. Well, a nurse came to make an evaluation of my aunt's case two weeks ago and she just called to say that her agency has decided my aunt is not appropriate for home care as she cannot direct her own care and so they will not be taking her on. This leaves us with one other agency to petition, otherwise her care situation will be in upheaval. I don't know what will happen, what our options will be if the sole remaining agency that works with her home attendants decides not to take on her case. It's all too complicated to explain but for some reason I fail to comprehend, just when the status quo was sort of working, state law is mandating that everything be changed. I'm not clear on the source of this mandate, or the reason behind it, and I am praying that this one agency's negative evaluation of my aunt's case will not impede her being taken on by another agency. To make matters worse her money is tighter than ever because her rent has gone up almost one hundred percent since she became incapacitated and this month her bank wrote an impersonal letter informing us they had closed her line of credit because "it was on an unsupported technology" and the bank was "cleaning up its systems." Without getting into her financial circumstances this is a huge deal. I'm feeling sort of crazed about finances at the moment anyway because I paid both kids' fall college tuition today, and I feel claustrophobic and panicked and penned in, like the noose is slowly being tightened and I don't know where to turn and without that line of credit my aunt cannot afford a lawyer to sort this mess out which is what we had to resort to the last time everything went to hell and I know I will not be able to afford to pay for a lawyer for her either if it should come to that and I know I am rambling.


Fuckfuckfuck.
Posted by 37paddington at 6:13 PM