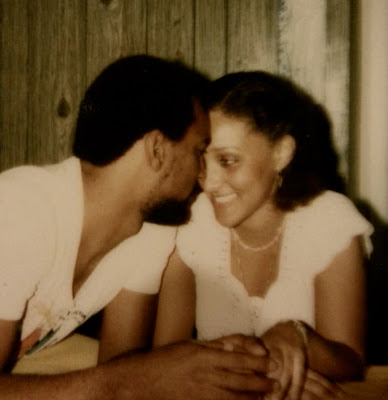 I read an essay by Lydia Netzer about marriage the other day and in it she said that one should look at one's husband as if he is the sexiest most wonderful man in the world, whom you adore, and he will soon start behave as if he is sexy and wonderful and adored, and he will so adore that view of himself he will adore you for it. Maybe there is something to it. Especially if he is sexy and wonderful and you do indeed adore him.

The photo is of my husband and me before we were married. My friend, the woman who introduced us one magical summer, recently posted this oldie but goodie on her Facebook page. We were definitely both doing some adoring there.

Here's what else is on my mind this Sunday: The whole Fiscal Cliff debacle that is playing out in Congress. I am trying to get my head around the various outcomes. As I understand it, President Obama's non negotiable position is to extend the Bush-era tax cuts for the 98 percent of Americans making less than $250,000 a year, while raising taxes on the rich, who can afford to pay a larger share. The Senate has already ratified this plan, but if the Republican-led House fails to reach an new tax agreement by the end of the year, then the Bush-era tax cuts will expire, and taxes will go up on all Americans, including the financially squeezed middle and poorer classes, and millions will lose their unemployment benefits come the first of the new year. But taxes will also go up for the top 2 percent, the millionaire and billionaire class, and all those new taxes will help to bring down the national deficit. On the other hand, if middle and lower income households have less cash flow, the argument goes, that could adversely affect the economic recovery. But would it? The tax rates would revert to what they were under Clinton in the nineties, when most Americans were doing better than at any time since.

All this to say, it's possible going over the fiscal cliff may not be the unmitigated disaster it's being made out to be. After all, after his inauguration in January, Obama could then propose to lower taxes on all but the wealthiest, and if the Republicans in the House fight that, then they will be seen as fighting against lowering taxes for 98 percent of Americans in order to protect the very rich. I suppose Obama could also move to reinstate unemployment benefits. Of course there are programs and subsidies that stand to be snipped in any deal that is made, and how the nation fares depends on what and how much is cut in that regard. Still, it does seem to me that the President is holding better cards in this Fiscal Cliff scenario, which begs the question, why are the Republicans fighting so hard? Apart from their commitment to seeing this President fail, and their sycophantic relationship with the rich, what am I not seeing? And get this: Even the millionaires club is speaking up and telling Congress to just get on with it and tax them. So what is all the hubbub really about?

In other news, I texted my daughter, "Whatcha doin'?" She texted back, "Making paper snowflakes and half studying." And then she texted me this picture of her sweet bespectacled self. 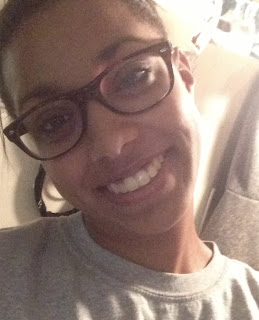