There will be laughs 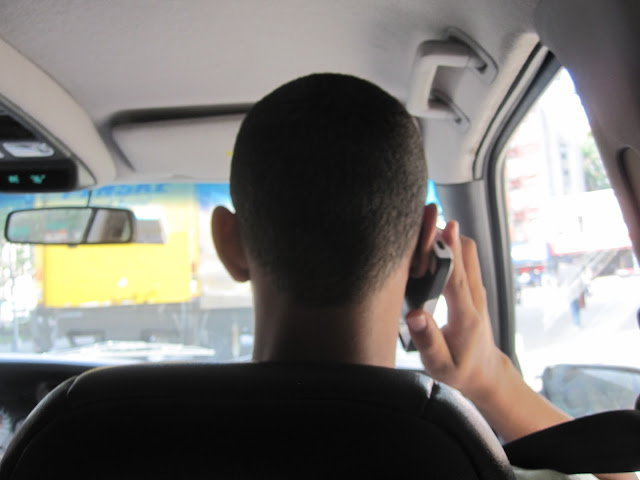 We're heading out this evening to spend the weekend with our Virginia/ Washington, D.C./ Maryland family. Mostly we're going to see Aunt Maisy, my mom's middle sister who at 87 is battling late-stage lung cancer and heart issues. She is getting weaker. She is saying things like she's ready to go, that this will be her last Christmas. I remember the summer before my dad died, when he was cancer ridden, he looked at me pointedly and said, "One more Christmas." He died the following February. My Aunt Maisy isn't necessarily going anywhere soon, however. She likes to joke that although she is in the departure lounge, she is traveling by BWIA (British West Indian Airways), an airline that is so notoriously late that in the Caribbean we joke that the acronym really stands for "Bound to Wait in Airport" or "But Will it Arrive," or "Better Walk if Able." We haven't seen Aunt Maisy in a while, so we're going to spend the weekend with her, and my cousin, her daughter, has planned what she is calling a "game night jamboree" for Sunday, to which all our D.C. area family is invited. There will be laughs because Aunt Maisy loves nothing more than to share a good joke, she collects them for just such occasions, and she always laughs first and hardest at own her jokes. She can barely get them out sometimes she's laughing so hard, so that everyone around can't help laughing too because it's just so darn funny and good to watch Aunt Maisy laugh. That's my aunt below, the cool one in the shades, under my cousin's watchful eye. Can't you just see the next quip ready to burst out of her? 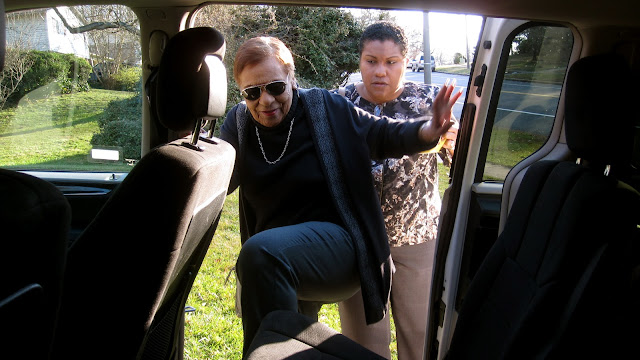