My cousin Helen called me this morning early, while I was still in bed, my mind roaming over the day, wondering how I would meet it. I never answer the phone to numbers I do not recognize, and I did not recognize her number right away, because we seldom speak by phone. And yet I picked up the receiver. She said, "There you are! I was doing my morning meditation and my spirit was yelling at me to call you. What's going on, woman? Why is your heart so heavy?" Her voice was like bells, or hundreds of flashbulbs popping in a sunny sky, altogether too bright and cheery for me at that early hour. But I stayed on the phone, because this was Helen, whom I love. I said drearily, "Oh, Helen, my brain won't shut up." She laughed. She laughed. Said, "I know, girl, that cognitive brain, it just spins stories incessently. But if you could see your light you would see the great joke of the stories you're telling yourself right now." Helen talks like this. The bells started to sound a little like distant music and I began to believe that she was calling to drag me out of the morass I have been in.

Helen, a life coach, is doing a retreat in Jamaica in two weeks, at a beautiful estate in the hills above Kingston and she says she has one spot left, and she knows it is mine. She didn't push or do the hard sell. She just reminded me that when I'd seen the call out on Facebook, I had responded at once, that it had spoken to my spirit. I told her that I couldn't go because of the extra work that had fallen onto my desk in the wake of layoffs at my job. And I said, if I go to Jamaica, I can't spend three days of six in the hills. I'd need to spend them with my mom. She said she understood, the choice was mine, but that I would be more present with my mom after the retreat, just saying. She left it that, told me to think about it. And I am. 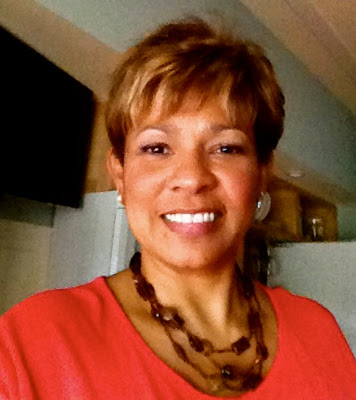 I think I will go. At the very least, I will go to Jamaica that week to see my mom. We'll see whether I can swing the cost of the retreat as well. I am going in to the office today to figure it out, to let them know we're going to have to make some other arrangement for that week, maybe close the big stories earlier. So while I am still adrift with a free-floating something, I am not hopeless. I am willing to entertain that this may just be the old chemistry I do battle with, my stuttering cognitive brain. That's Helen in all her glory. She was about to do a TV segment. She reminds me of something I read yesterday: "Women help each other belong to themselves." (Some men can perform that magic, too.)