Our son came out of the gate ready to compete on Saturday morning, buoyed by his performance in high jump the day before. Right out the blocks he blew past the field in the 60 meter hurdles, crossing the finish line first. Then in pole vault he set a new meet record, finishing second behind his teammate Alec, who is also his housemate, training partner and one of his closest friends. (People joke that they're like an old married couple at this point, they're so often together.) 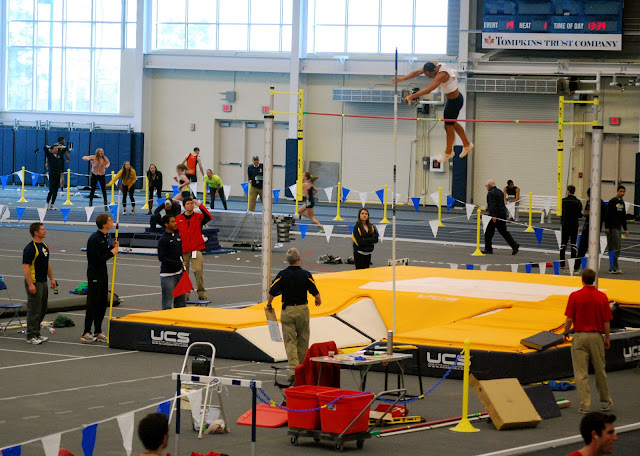 With one event left to go in the meet—the heptathlon's 1,000 meter race—the standings overall were close, with our son's school just a few points behind in second place. His track team had not won states in a dozen years. Everyone was coming up to our son and telling him that the win depended on his performance in his final race. Alec was expected to place first in the 1,000 meter, but even that wouldn't put them over the top. Our son also had to place higher than a certain runner on the first place team, and with a time that was 4 seconds faster than he had ever posted in competition, and one second faster than he'd ever run that distance. His coach said, "All I want from you, son, is a 2 minute and 57 second race. Run a 2.57 and we win it all."

Our son dislikes the 1,000 meter race; he finds it excruciating after two days of non-stop competition in six other events. And now his team's victory depended on how he ran it. From the stands we had seen the huddle over by the locker rooms, and then watched as our son sprinted over to us. He said, "Well it all comes down to me, apparently. Talk about pressure." The funny thing was, he didn't seem stressed, he seemed resolved and even kind of exhilarated. He said, "Well, I know what I have to do. Less than three minutes of my life."

You can guess what happened. He ran a beautiful race, accelerating on the fifth and final lap to pass several other runners, crossing the finish line at 2:51. His teammate won first place, as was expected. The final tally was razor close but his school won victory by five points. Of course, the win was the result of everyone's efforts. Our son's points in that final race would have meant nothing if the rest of the team hadn't done what they needed to do over the course of the two-day meet. 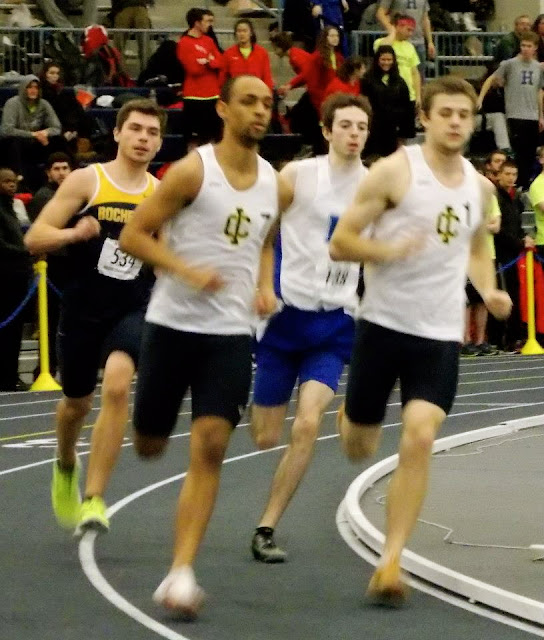 Still, it was a moment. At first, when our son finished the race and collapsed on the track, we weren't sure if he'd posted the time he needed, but we did know he ran with his whole heart. Then we saw the coach pull him up from the ground and swing him in the air and all his teammates hugging him and cheering. And that's when he knew he'd done it. He said the coach said to him, "I only asked you for 2:57!" Apparently improving one's record by 7 whole seconds in a single race is a huge accomplishment! Our boy was pumped! In the photo below, taken just as he started to accelerate, he seems to be smiling, as if sure he's going to do what's necessary. 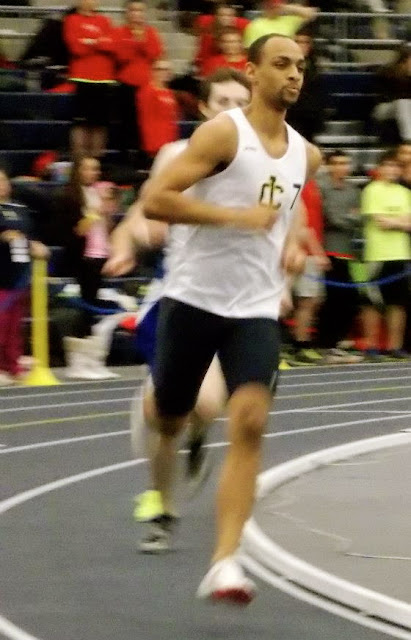 My husband later commented that the coach knows our son well. He knew to ask him to run a better race than he had ever run in his life for the benefit of the team, not for himself. He knew that doing it for the team would be more meaningful for our son. I was so glad that his father, mother and sister were all there to see him come through. 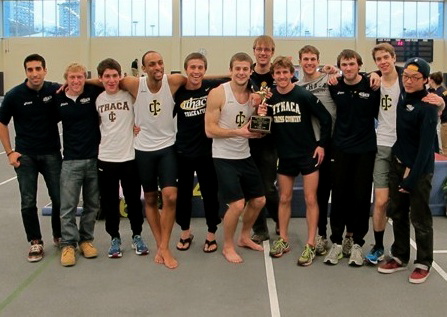