Recovering the pieces of me 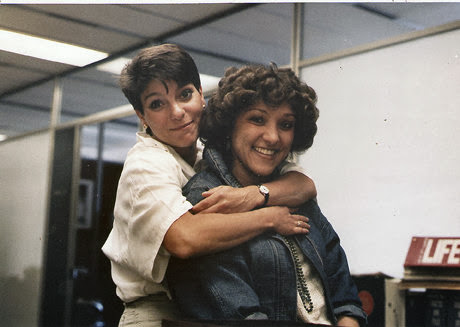 Sometimes I am so full of gratitude for my life I think I might burst. I had one of those days today, and I am so filled to the brim with the wonder of it I can't even really write about it coherently. I'll just mention that last night there was a big reunion of people who worked at the weekly and monthly LIFE magazine. We were all invited to a reception followed by a screening of The Secret Life of Walter Mitty, which was set at the magazine in the days when it had just been sold and the print version was closing down. People flew across the country to be there. The movie itself was uneven, but when it got to the final scene I understood exactly why we had been called together. I won't give it away, but for everyone there, it was a moment.

I saw so many people from another era of my life, and it felt as if the parts of me, so long fractured, were now becoming somehow more integrated, and I left the gathering a little more whole. Perhaps being with those people who seemed to still value me healed the wound of being so recently laid off, just a little bit. Ironically, the woman who laid me off was there. I had forgotten that she had worked at LIFE, too. She came there sometime after I had left, when the budgets were already shrinking. Last night she stopped in her tracks when she saw me, a deer-in-headlights look on her face, but I summoned my good home training and smiled and greeted her cordially and then I kept right on moving. Right then, what I felt more than anything was indifference, but there was also a kernel of sympathy for how hard it must be to do what she does, to cut people off from their livelihoods, to parcel out insecurity and fear. She didn't dampen my evening in the least. I was with my crew, the ones who had been reporters with me, having the time of our lives, the once young guns in scuffed, well-traveled shoes who were all now as soft of body as me.

And then today, one of the women who was a fellow reporter, who had flown in from Sacramento for the event (she and another reporter and I were especially close and got up to a lot of mischief in our rip-roaring twenties!), met for lunch with our former editor and the former chief of research, and we all talked for hours, veterans of a certain charmed time in the history of that magazine, when everything was still according to the original vision, and we reporters crossed the country and the globe to bring back stories, working with world-class photographers to capture the pictures, too. That was before the shrinking and the closing down and the core team moving on. Did it all really happen? It did indeed. And these three women were central to the experience. Today I understood just how grateful I am for all I shared with them, all I learned from them, and the part they have played in my being just who I am today. 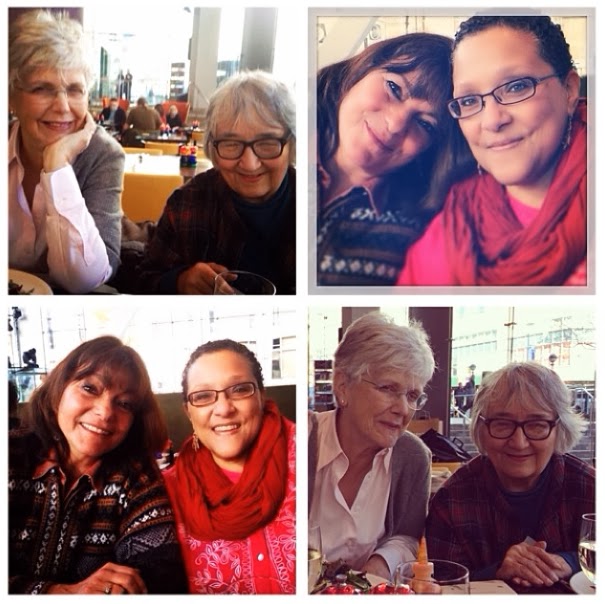