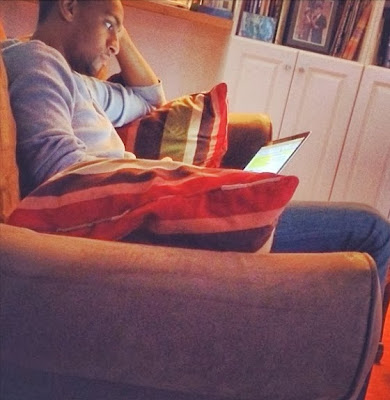 On this Veteran's Day morn, my son is sitting a few feet away from me doing his EMT homework, which today happens to be all about weapons of mass destruction, chemical, biological, explosive and otherwise. How sobering this is for his mother, who must once again make peace with the fact that in any emergent crisis, no matter how threatening to life and limb, my son will be running toward.

He has been so diligent in his study. College was the best thing for this boy. I see how much he gained from it, how self-directed he is, how responsible to his commitments, and how much he also learned about his own style of study. If I could only describe how far he has come since middle school, when he felt as if his brain would explode with nightly homework, and the stress dynamic in our house centered completely around what he had been assigned that evening and getting him through it. Since then, he's learned he doesn't like to be isolated from company when he works, but would rather sit in the midst of the activity, his headphones in and playing piano music on Pandora, the wordless music and peripheral action siphoning off his excess attention, allowing him to focus.

Last night, as his dad watched football, at a certain point he set himself up at the kitchen counter and settled down to work. He's continuing his assignments now. He just muttered, "Now I have to take the exam, fuck!" and then groaned under is breath, "Ugh, sixty questions! Faaaaack!" But he's doing it. He's doing it beautifully.

Are we bad parents because we don't particularly care if our kids swear in our presence? My own mother would be appalled. Our kids know when to dial it back though. For instance, they would never use profanities in front of their grandmother. 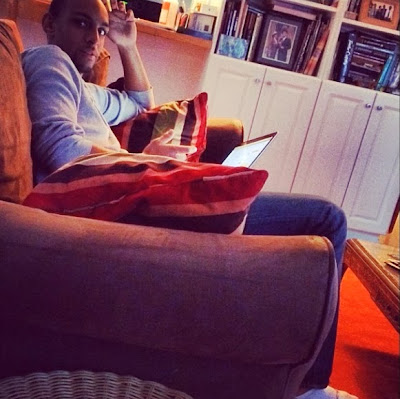 I don't often get very good pictures of my son because he is not a willing subject. I have to sneak any pictures I do get, sometimes pretending that I am merely texting or browsing on my phone. The compromise is my son is very clear that I am unapologetic in this subterfuge.