Every summer my cousin and her husband run a college readiness program for kids from the Assiniboine Sioux reservation in Montana where he's from. The program includes test prep classes, visits to Washington D.C. monuments and nearby amusements parks, interviews with people on various career paths, college tours, and, on the final weekend, a trip from Alexandria, Virginia to New York City to take in the sights.

That's how I came to have 21 people in my apartment this weekend, my cousin and her husband and their three boys, plus another cousin and her two daughters, plus another nephew who came along for the ride, plus the five kids from the rez, two of whom my own children played with one long ago summer when we visited Montana, plus another family of four, friends of one cousin who just happened to be visiting the city this weekend and joined in the fun.

We started Saturday afternoon with birthday cake for one of our nephews, and then the entire crew went to visit the World Trade Center memorial pools, had dinner in Chinatown, walked the Brooklyn Bridge and shopped till almost midnight in Times Square. Sunday the kids from the rez went on the Circle Line, a boat tour around Manhattan, but my nephews and nieces, having done this two years running now, declined in favor of hanging out at our apartment, going to the store for ingredients and baking blackberry cherry cobbler with my daughter while my son slept off the previous night's shenanigans on the couch. (One of his best friends has just been selected for the U.S.A. rugby team and will be traveling to Australia shortly, so there was apparently much celebrating of him Saturday evening.)

The Virginia-Montana crew left at around 6 p.m. Sunday for long drive home, but my other cousin and her two daughters stayed another night because my cousin was just too exhausted to drive the four hours back to Maryland. It was a full two days to say the least. Here is my favorite picture from the weekend: These two cousins, the dreamiest of our children, their conversation with each other completely stream of consciousness, with jokes no one else could understand, are all grown up now but they have remained two of the sweetest, funniest souls you will ever meet. 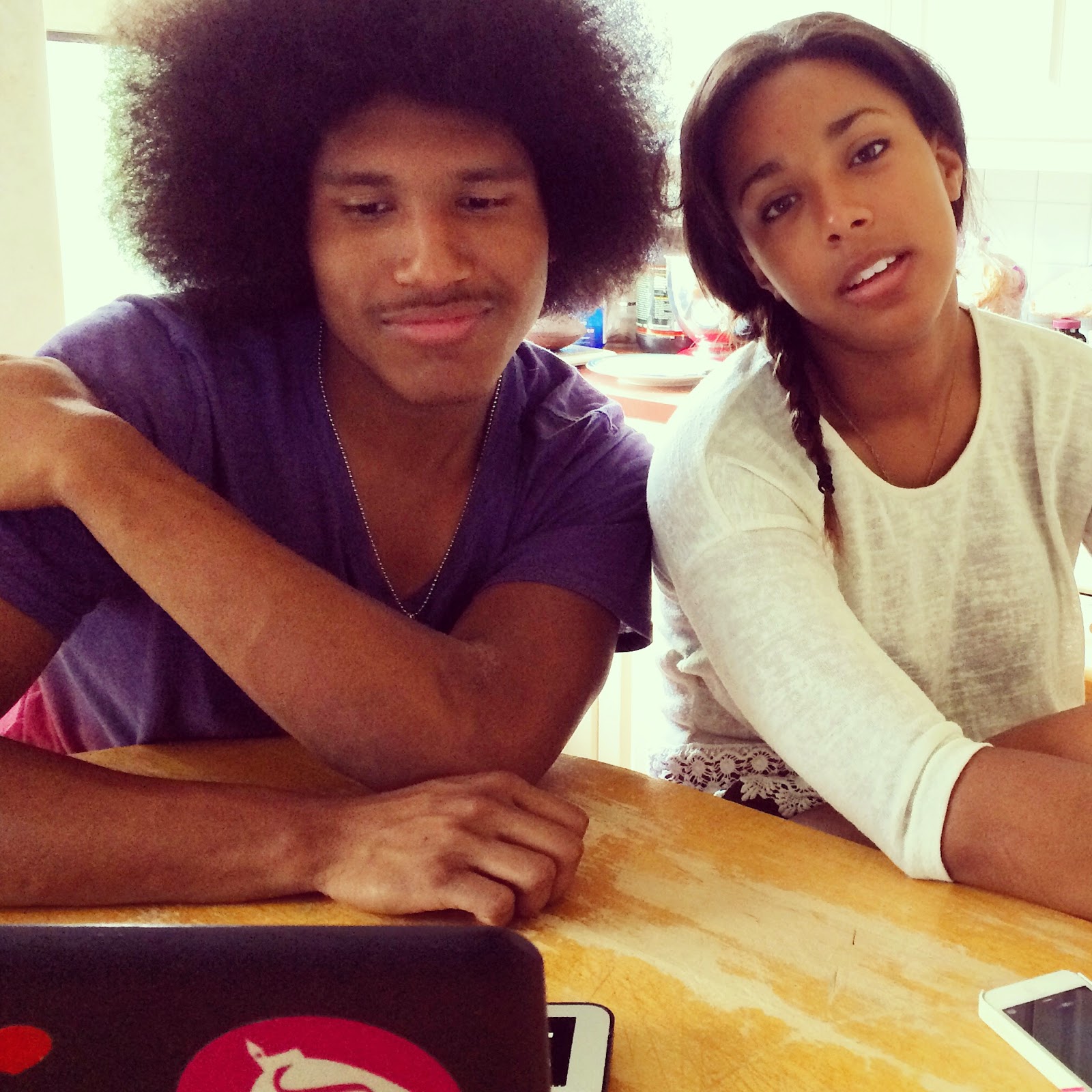 My nephew, by the way, was unable to find a job this summer and sorely wanted to make some money before heading off to college this fall. So he slung his guitar over his shoulder and ventured out as a street musician, playing in selected locales in Washington D.C. and Old Town Alexandria with great success. This talented child made on average a few hundred a week playing his guitar; pedestrians were very receptive and generous. How empowering it must be to discover that you will always be able to feed yourself doing the thing you love most! So much for all the energy his super-educated government lawyer mother expended worrying about this child's future.

For the record, this was the crew in my house this morning: 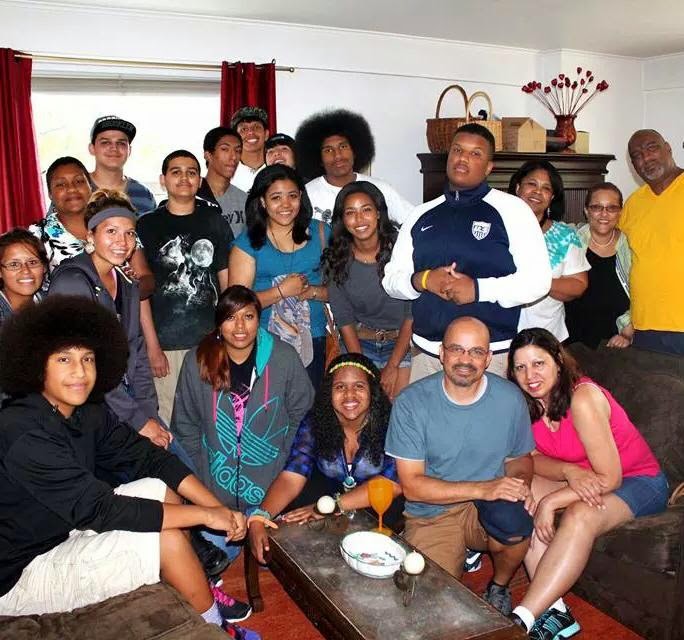