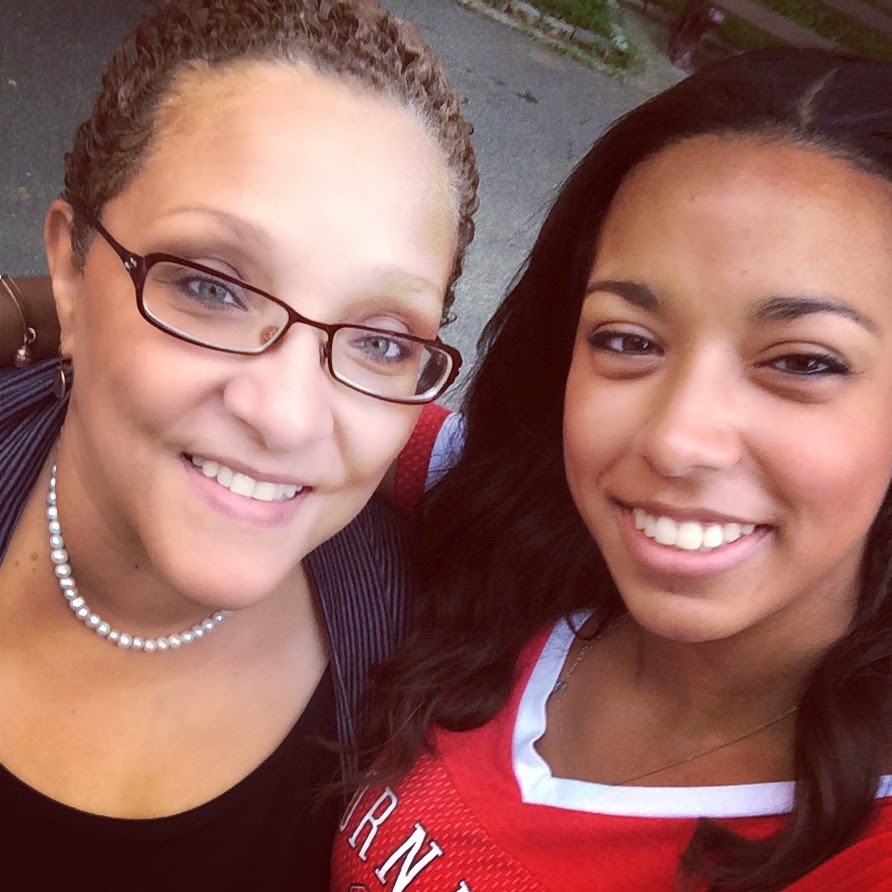 I always miss my girl so much when she first goes back to school. She's living in a house with four roommates this year, one of whom is a friend since first grade. Their mothers are very amused because we remember when these two told us one year that when they grew up they would live together. And now they do. The house is huge. And it's not nearly as run down as most of the student housing in town. In fact the kitchen is renovated, and there's a sweet porch swing, so they lucked out for sure. The parents of one of the other roommates were understandably upset that the interior wasn't painted between tenants, but when my daughter told me earlier that the landlord had said they could paint their rooms however they wished, I knew that meant he wasn't planning to paint indoors. My girl did exchange numerous pleasantly persistent emails with the landlord last semester to get him to paint the previously crumbling exterior, and she was successful. Life lesson no. 1. The exterior looks pretty darn good now. 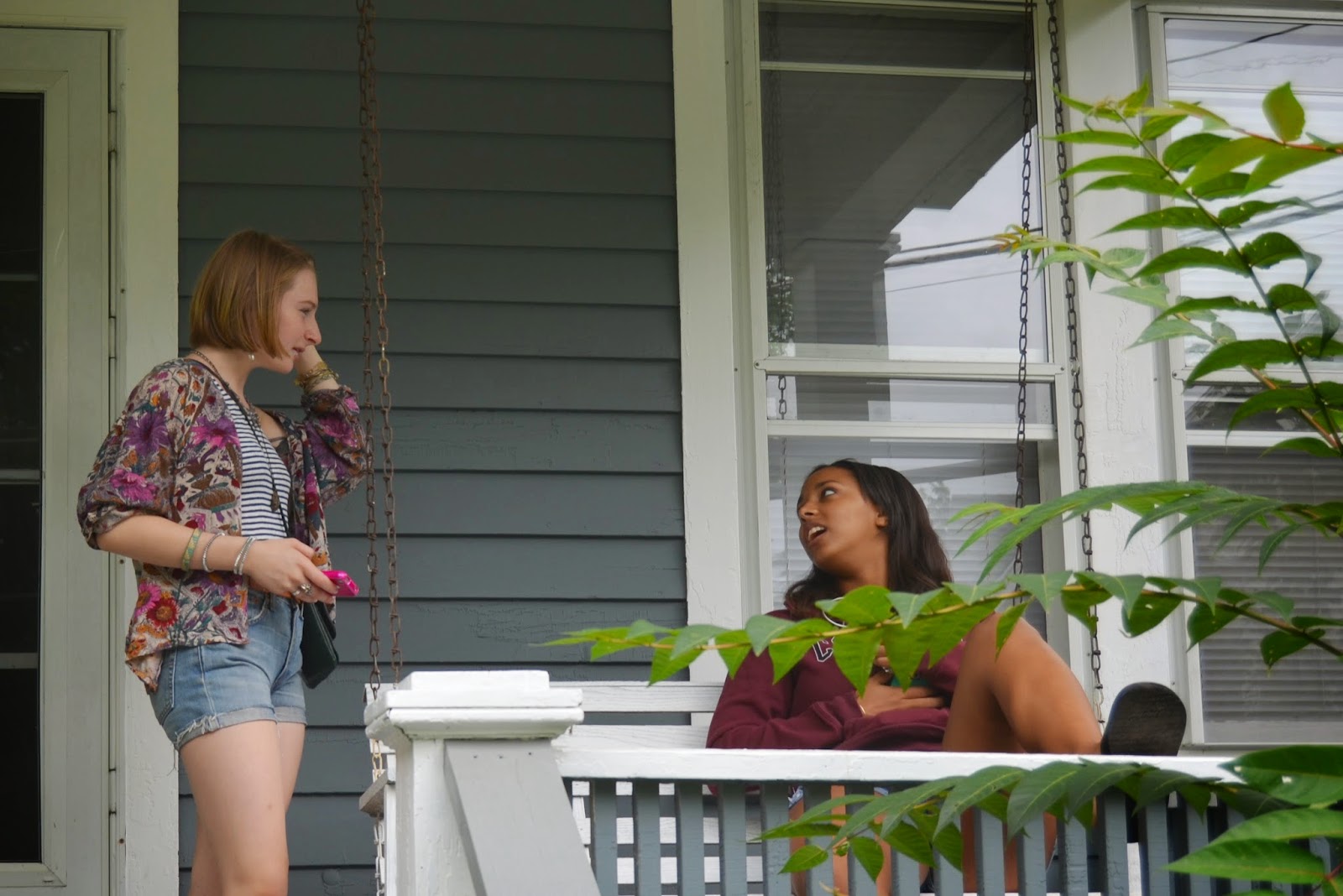 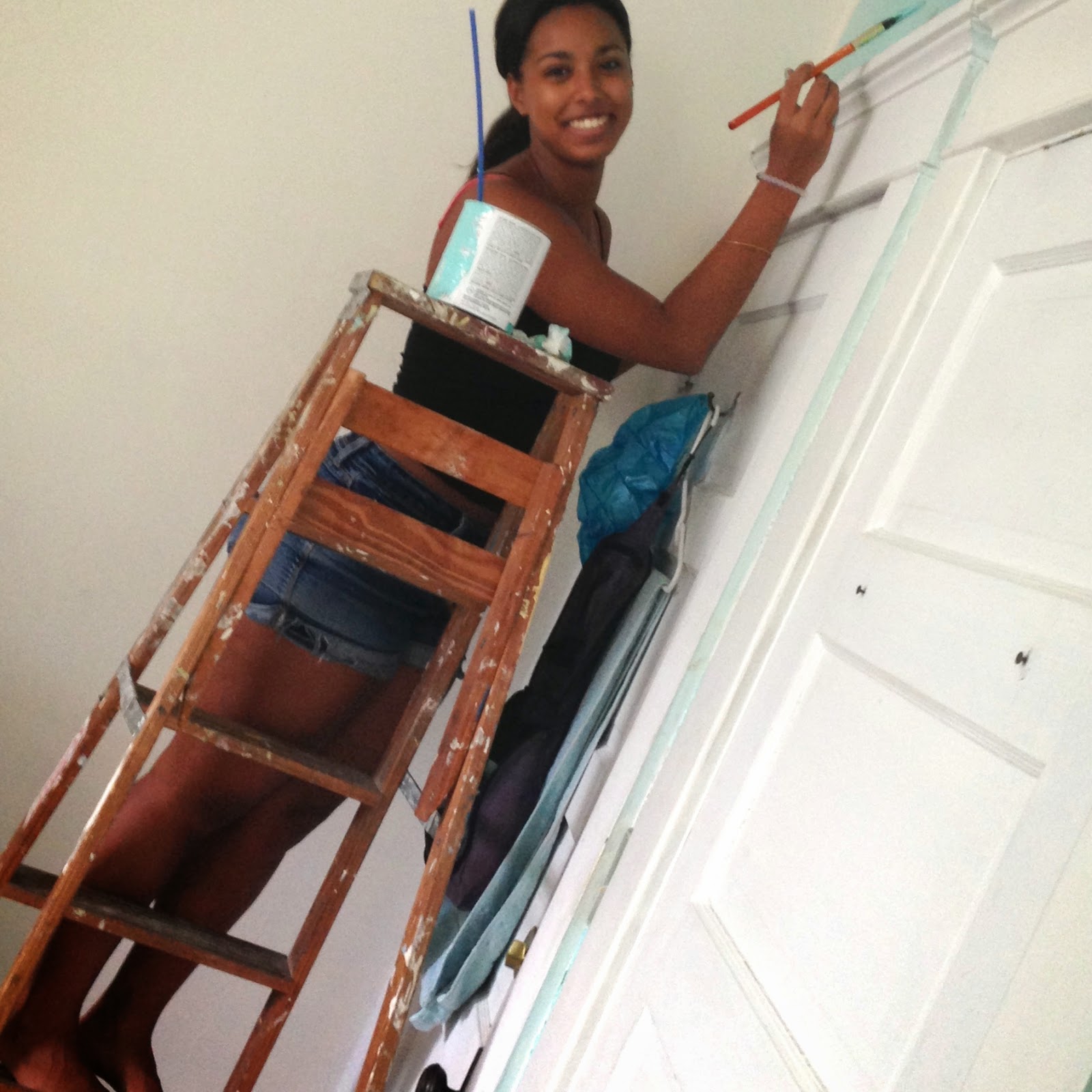 The way my missing the girl is manifesting this time is that I wish so hard that I could be there to help her set up her room, which of course is ridiculous. It's her room, she's 20 years old and entirely capable of knowing how she wants it and making it so. She painted an accent wall a Caribbean blue, and her roommate from freshman year came over to help. She has since hung fairy lights and pictures of friends and family as a headboard, which she says makes her happy. She has lots of storage. In fact her closet goes on forever, wrapping around under the stairs to the attic. It's kind of spooky actually, but she got stick-up lightbulbs to put in there and illuminate everything. She's opted for a serene white and blue decor with pops of pastels and red. She did send me a hint of how it's going in the photo below. Classes started yesterday, however, and she's already very busy, so I don't know when I'll see the finished product. I'm kind of liking the lived-in chic of the room so far, though I'm tempted to send a pair of pillowcases. 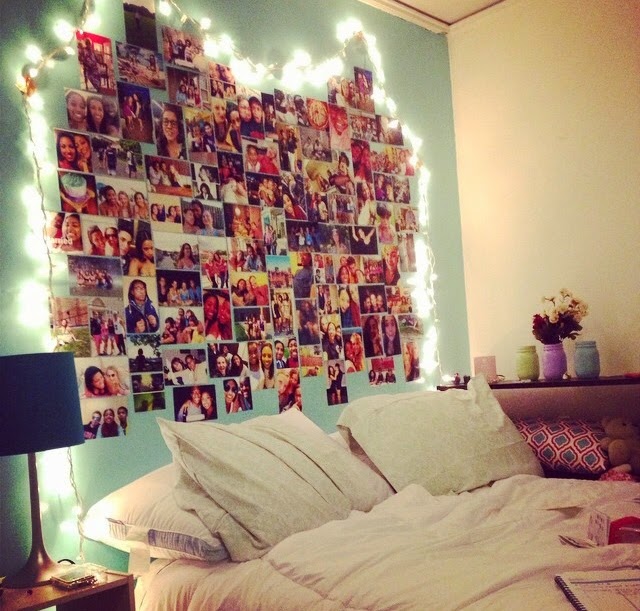