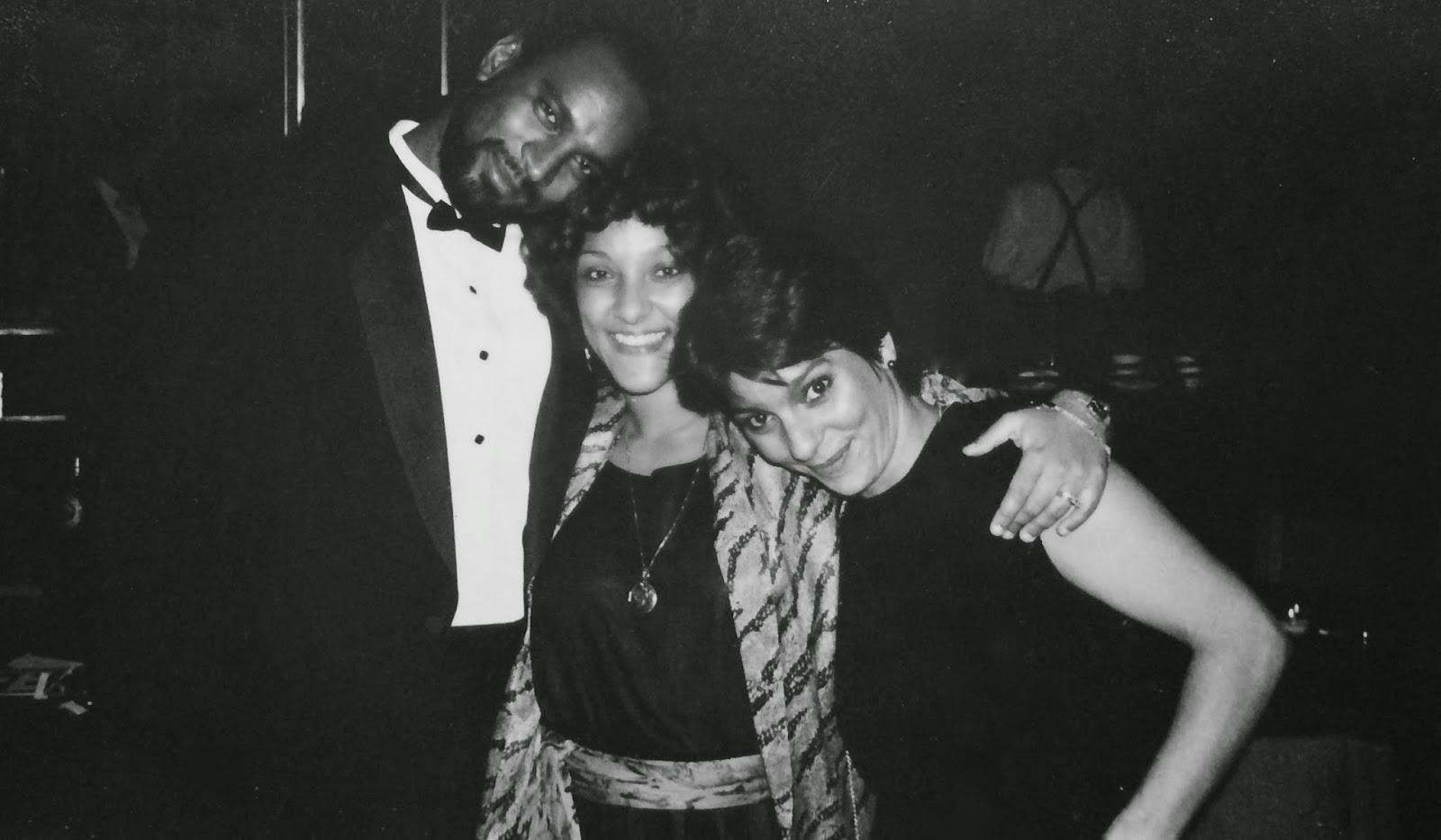 The photo was taken at the 50th anniversary celebration of Life magazine, held at Radio City Music Hall in the fall of 1986. My husband and I were newlyweds, not even one month married, and the young lady with us was one of my chief cohorts at the magazine. As reporters together, we shared some wild times. I completely adored her, and she was on hand to witness my meeting and falling in love with the man I would eventually marry. She moved back to her home state of California the year after this photo was taken, so the near constant party that was our lives back then came to a natural end. But this photo, which my husband unearthed last evening, has always been one of my favorites. It shows the friendship among the three of us and the giddy-in-love newlywed wonder between my husband and me. And doesn't he look dashing in his tux? It is the same one he got married in.

Tomorrow, on our 28th anniversary of marriage, we'll be taking our daughter back up to college for her junior year, helping her get set up in her off campus house, doing the supply runs and generally being parents as opposed to romantic partners. But we'll be staying in a new, elegantly renovated inn with artfully appointed rooms, and the trendiest bar in Ithaca is on the premises, which according to the reviewer means our shoes won't stick to the floor. It's a college town scene after all. In any case, we'll raise a glass and toast ourselves once the unpacking is done, and after a nice dinner with our daughter and perhaps also some of her friends.

We've agreed to postpone the real celebration of our 28th year of marriage till next weekend. This is the second time we've been moving a child back to school on our anniversary. Four years ago we were moving our son in for his sophomore year. We treated ourselves to a fancy hotel room that night, too. Happy anniversary when it comes, my love. I have the best adventures with you, even if all we're doing is ferrying our kids back to school.