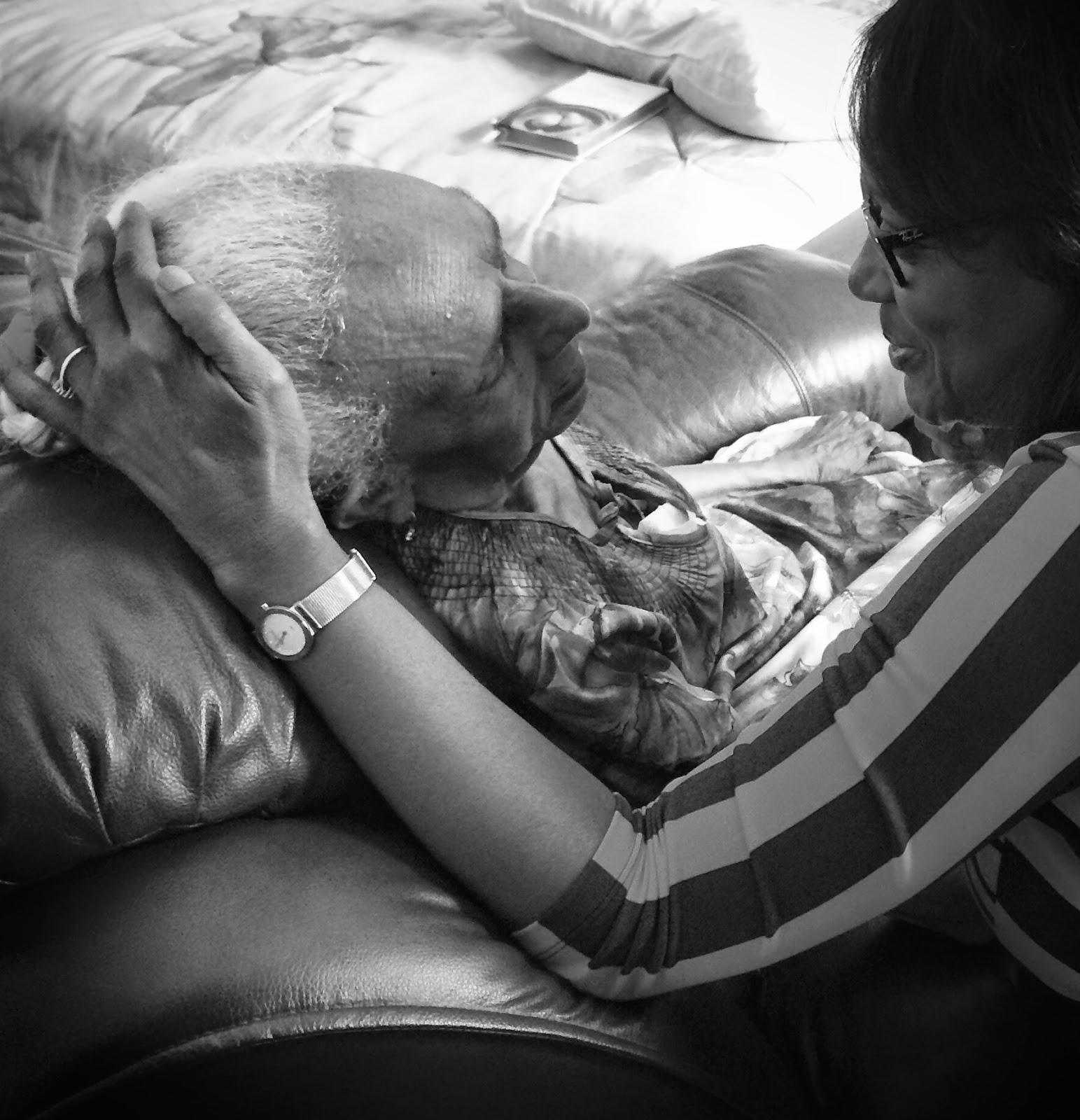 My mom's voice is disappearing—it is her most troubling symptom as of late, more so than her quivering hands, which no longer ache as much as they did thanks to medication. She also sleeps a lot during the day, so long as she can find a comfortable posture in her chair. But her voice. She asked me to listen to her closely, but whatever it is she wants to tell me she is having trouble getting it out. My sister in law thinks it's due to underuse of her vocal chords but I think it might be overuse since we've been here, her grandchildren swirling around, her constant effort to connect verbally. And now we are already on our second to last day, the week has simply flown by.

I am so grateful to my brother and my sister-in-law for making sure she has really good care. They are both doctors, so the medical aspect of things is monitored, but they have also hired two really lovely women who rotate her care, switching off between day shift and night shift each week. They sleep in the room with my mom on a futon at night, and they are unfailingly patient and gentle with her, especially when she brushes her teeth, which she must do after each meal and which for some reason takes half an hour and drives me to distraction.

I am not feeling very reflective right now. I'm skating on the surface. I'll take it in later. Still, as I sleep next to my mother at night, I am aware of watching for the rise and fall of her chest, knowing that at any moment she could take her last breath. Nicole, one of her caregivers, is of the mind that she is still very present, her observation skills and sense of humor intact, which to her means she has two or three more years. In truth, when Aunt Winnie was at this stage (and my mother is following the very same path), she did indeed have three more years, though I am not sure it is what she would have wanted. I am so torn. I want my mother here with me. I don't want my mother to suffer.

I am editing a book by a hospice nurse who is also a Reiki healer. She says my mother is going to hang on until we give her permission to go. Am I selfish that I cannot make myself say the words to release her? Somehow it feels too soon.

On tap for today: My son and niece, the athletes, are going to Liguanea Club to play squash. My niece is a beast at the game and once made a male opponent from Notre Dame University cry after he lost to this diminutive powerhouse in a tournament.

My daughter has no interest in squash and plans to stay home with us and work on her Vitamin D intake by the pool. She says her two years in the frozen north where she attends college have compromised the ability of her skin to drink in the sun. She used to be able to spend ten minutes outside and look as if she'd been the entire day at the beach. And she never ever got sunburned. Now, even though she uses sunblock, her cheeks are sun red from yesterday. She plans to conquer this and recapture her usual summer shade of deep burnished brown. 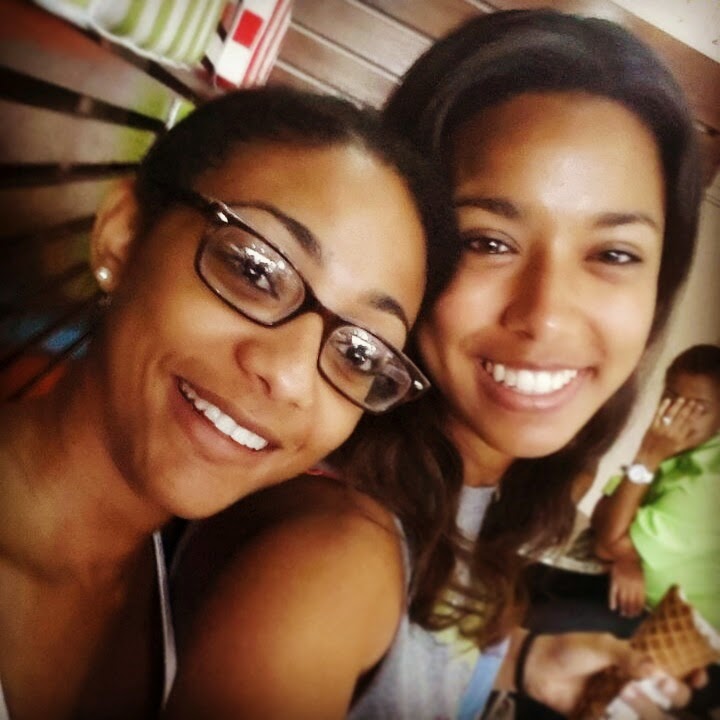 A former high school classmate of mine ran into one of my cousins in a store last week. She asked my cousin, a stranger until then, if she knew me because she reminded her so much of me. I have not seen this classmate in more than twenty years. My cousin told her that I would be coming to Jamaica in a few days, and so a group of my high school classmates have planned a dinner for tonight so we can have a mini reunion. I don't know exactly who will be there, but I have not seen most of these women since I graduated high school back in the seventies. I hope I recognize everyone. Excited! 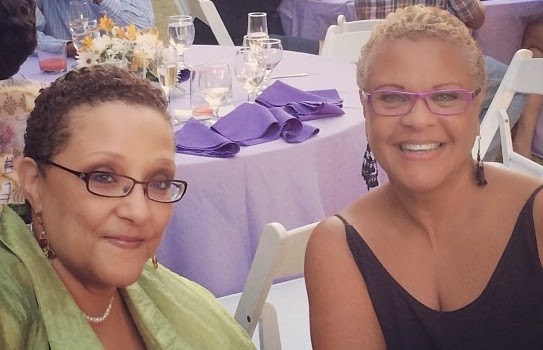 That's my cousin who everyone says looks like me. Do you see it? Should I go blonde? This cousin is for my mother what I was to Aunt Winnie, the niece on spot, the one my mother relies on above all others, to the point where my mom very often calls me by her name. I don't mind one bit. I am glad my mom has this super capable charismatic cousin, who my husband calls The General and whose birthday is today. Her mother Grace is in Canada, watched over by a grand daughter. My own niece said the other day, "It seems as if all the aunts have a niece or granddaughter nearby who is taking care of them," to which my mom said so softly, "We are part of a special family indeed." 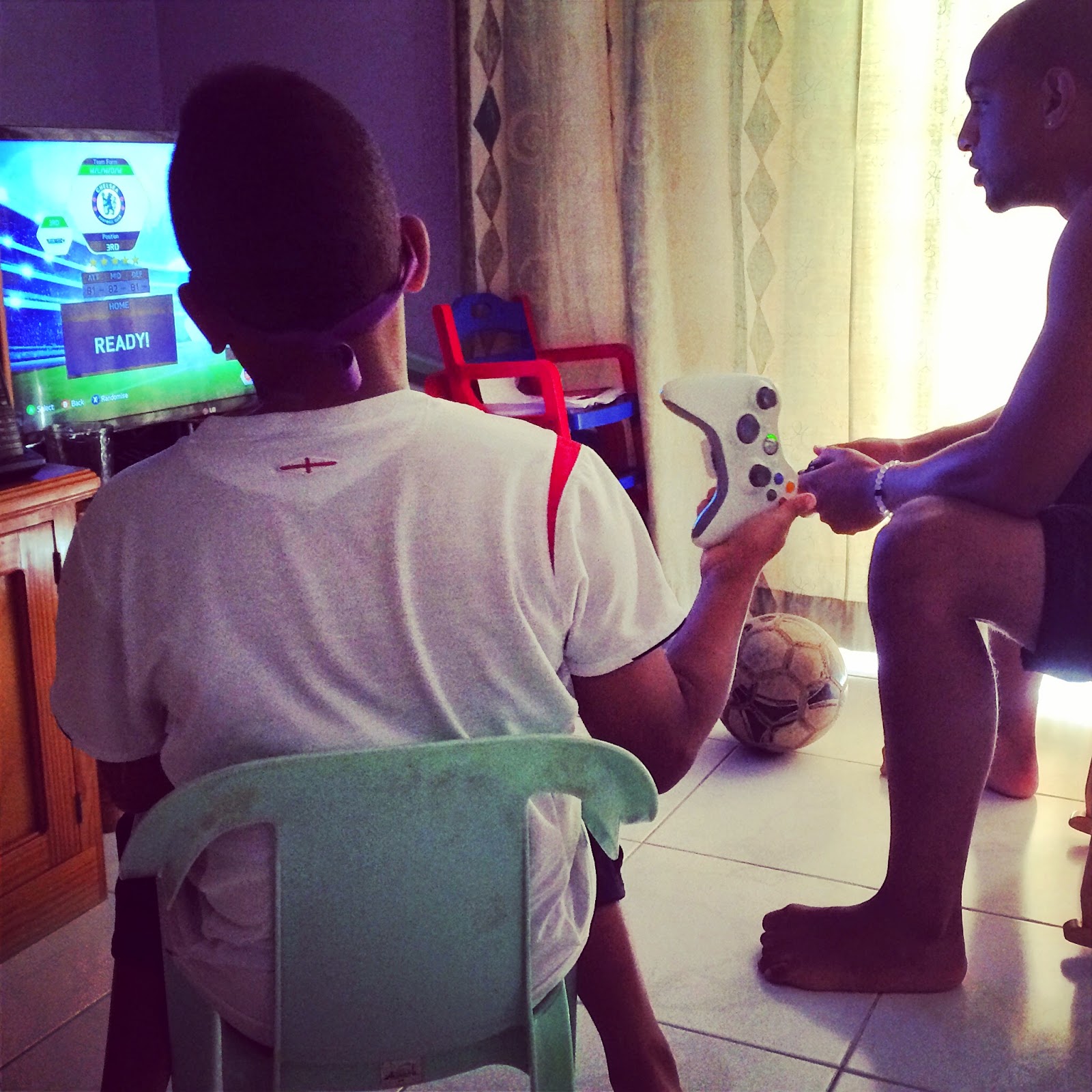 Here's one more of the boy cousins playing FIFA Football on my nephew's X-Box and talking trash energetically as my 10-year-old nephew trounces my 22-year-old son again and again. "When are you going to admit defeat," he says. "Never," my son says, "and I'm going to keep talking trash till I beat you." His cousin's only response: "Ha!"