A Place of Love

Last night at the hospice, Gary was breathing in great deep gasps, the oxygen mask over his face, his chest scooping with each exhale. My cousin was beside herself. She only wants him to be comfortable. The nurses told her that this was "normal," and I could see in their eyes that there was more they could have said but didn't know how to say it to my cousin. She asked to see the doctor on duty. He came, a young man of Sri Lankan descent. He calmly and kindly explained that this was end-stage breathing, caused by carbon dioxide build up and something about the brain stem, and liquid pooling in his throat, and so on. My cousin pleaded for Gary to be sedated and the doctor said he was in fact fully sedated, and that to raise the morphine any more would be to stop his heart. "He is not is distress," he told my cousin. "Or rather, he is in distress because he is dying, but he is not in pain at this moment. See that his face is relaxed, not grimacing?" It helped my cousin to hear that he was not suffering in the way she thought. Essentially, he is unconscious.

The doctor, whose gentle beside manner we all appreciated, likened the labored and intemittent breathing sounds to snoring, and that clicked for all of us in the room, my cousin, my husband and me, and two friends. He said that perhaps moving Gary's position would help a bit. My cousin begged him not to do that, that moving him caused Gary too much pain and the doctor repeated that he would not feel it now. Presently two nurses came and asked us to leave for a moment while they moved him. Always, standing outside the door, we could hear Gary moaning and swearing when they moved his position, which they did several times a day. Last night, he was completely silent. But his breathing did seem less labored after. His eyes are sunken, and he is shrinking before our eyes. His hair fell out on his pillow last Saturday and his once ruddy complexion is now completely grey. Every morning when I wake up now, I am surprised that Gary made it through another night.

My cousin said that if Gary had known this is what it would have been like, he would have gone up into the woods and shot himself through the head. I want to tell my cousin she has to release him, tell him it's okay to go. He is probably in his twilight world still worrying about how she will be when he leaves her. She will not leave his side. She is obsessed with his not dying alone. But she had a dream the other night which at first terrified her, and then when she thought about it again, she felt great comfort. She dreamed that Gary was reclined in a taxi cab, looking as he does now, and her father, an esteemed doctor in The Bahamas, was beside Gary, and as the cab went by, he looked out of the window directly at his daughter, and then the cab drove under a bridge. The bridge in the dream was the highway underpass that is just beyond the gates of the hospital. It looks a little ghostly, as if it leads to nowhere even though when you come out the other side there is bustling city life as usual. 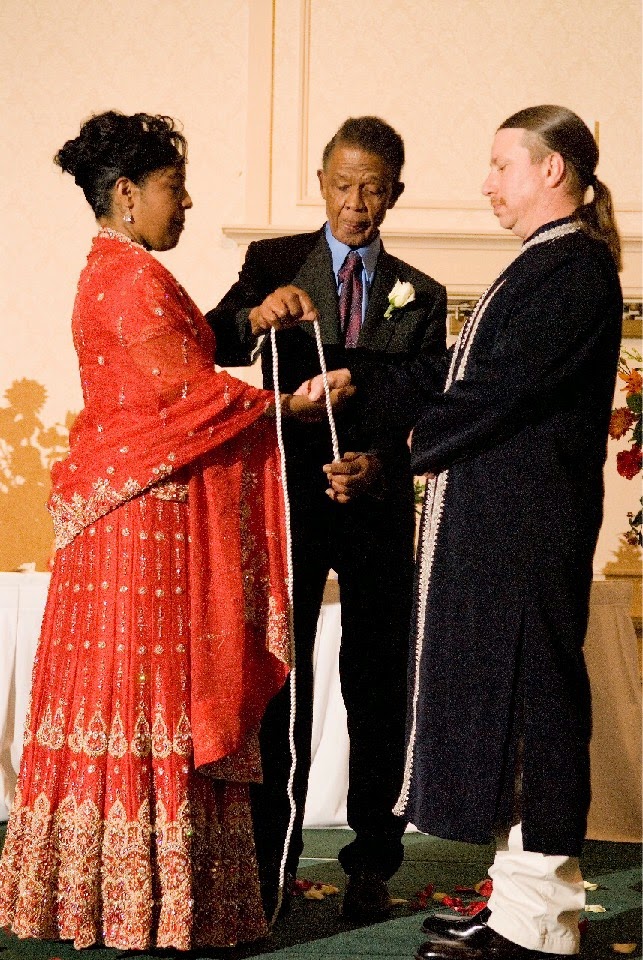 My cousin at first thought the dream meant she was going to lose both her father and her husband at the same time. Both her parents are in their high eighties and are very frail now. Her mother (my mother's baby sister) is struggling with Alzheimers. It has been one of my cousin's heartbreaks that her parents are completely absent as she faces this. She knows they cannot cushion her this time as they have helped to cushion every hard thing she faced in the past. In fact, she and her sisters are doing their best to cushion them. But as she considered the dream again, she had a new thought. It seemed to her now that Gary was in the cab with the angel of death, who was wearing her father's face to let her know that she can trust the place where Gary is going. "My father's face was the divine manifestation of trustworthiness," she told me the evening after dream. "I think he was in that cab going under that bridge to tell me Gary is going to a place of love." 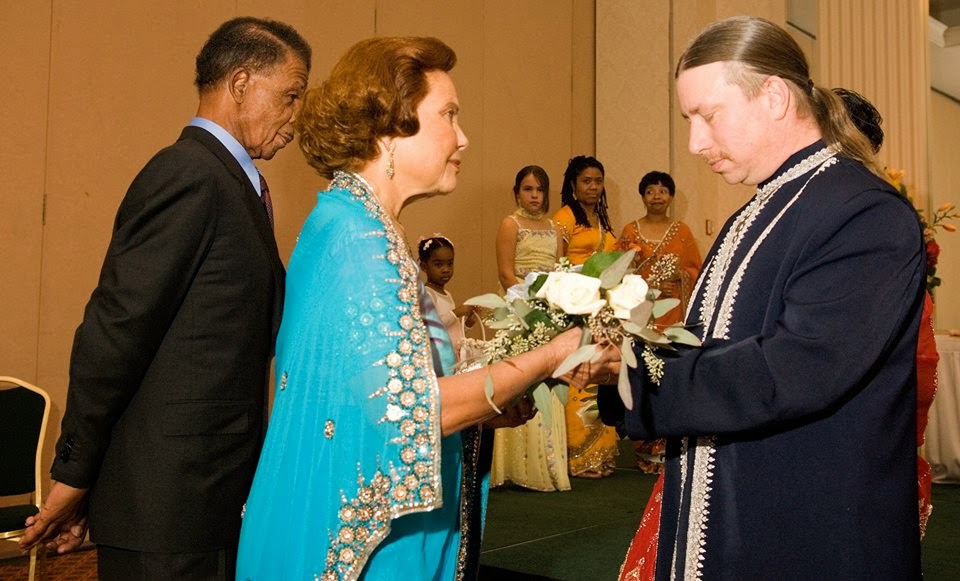 The photos here are from my cousin's wedding to Gary, which included a Buddhist ritual of binding the couple together (top) and a ceremony to honor the mothers (above). My cousin said finding these pictures made her dream make so much more sense to her. It also made her feel that even though her parents are far away in The Bahamas, they are doing this walk with her.