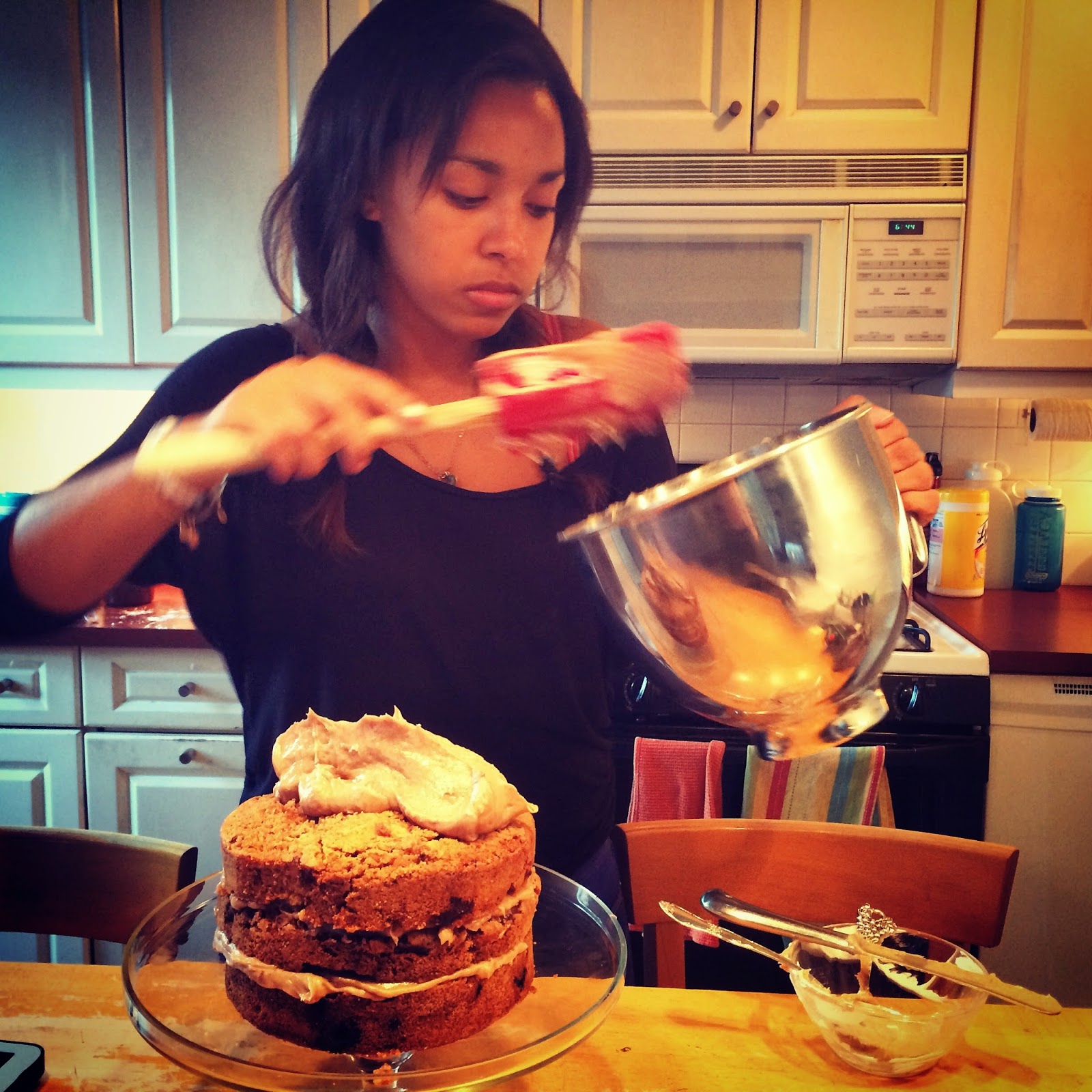 My girl was royally pissed off while mixing the icing for her brother's cake. With good reason. An unsettling thing happened to her yesterday. She had given out a pair of boots to have the zippers fixed in the morning, and dashed out at 5 pm to pick them up. She was in a rush as she was still in the midst of baking her epic cake for her brother's birthday, so she planned to take a taxi there and back. As she stood on the corner of our block, looking for a cab, a van drove up next to her and two men, middle aged, started calling out all manner of vulgarities to her and yelling, "How much? How much?" She ignored them and eventually they drove off.

But when she came home, she was steaming. As she came through the door, she said, "Some people in this world are just assholes." I asked her what happened and she told me. My heart skipped a beat, because I know all the stories of predators grabbing women and throwing them into the back of vans never to be seen again. I said urgently that if a van ever stopped next to her like that again to put a lot of distance between her and the van, and she said, "Of course, Mom, I know that. But why is okay for those assholes to speak to me like that?"

It's definitely not okay, I said and tried to suggest she not take it in. But she persisted, visibly upset, her eyes welling with tears. "Why should I even have to deal with that?" she insisted. "Why is it on me to not take it in while they go on doing that horrible shit to women?" And then she said, "I'm not crying because I'm sad, I'm crying because I'm just so angry!" I stopped trying to offer platitudes and just went to her and put my hand on her shoulder, knowing I didn't have any words that would make this feel remotely okay. She went back to mixing the cake frosting and presently she said, "The thing is, I knew not to say anything to them because I knew they might be really crazy assholes and it might make it worse but why should women even have to deal with this!" She was really, really furious, more so than I've seen her before.

Late last night, as she sat on the bus back to school, and as I waited for her to message me that she was safely home, she texted me that I wasn't to worry that the men in the van had made her feel in any way differently about herself. "I still know my worth even among all the assholes," she said but added that it was the helpless feeling that made her so angry, the sense that she had no choice but to take their despicable behavior. I wished so hard that I could do or say something meaningful but the truth is I have no answers, no idea how to frame this to make it less upsetting for my child. I realize that she has become more conscious of and politicized about these issues of late and is increasingly less willing to shrug and say well that's just the way the world is. And she is right—it isn't okay and it shouldn't feel okay.

Here is a bitterly funny link on the subject at hand that a dear friend sent me this morning.