Under my window this morning 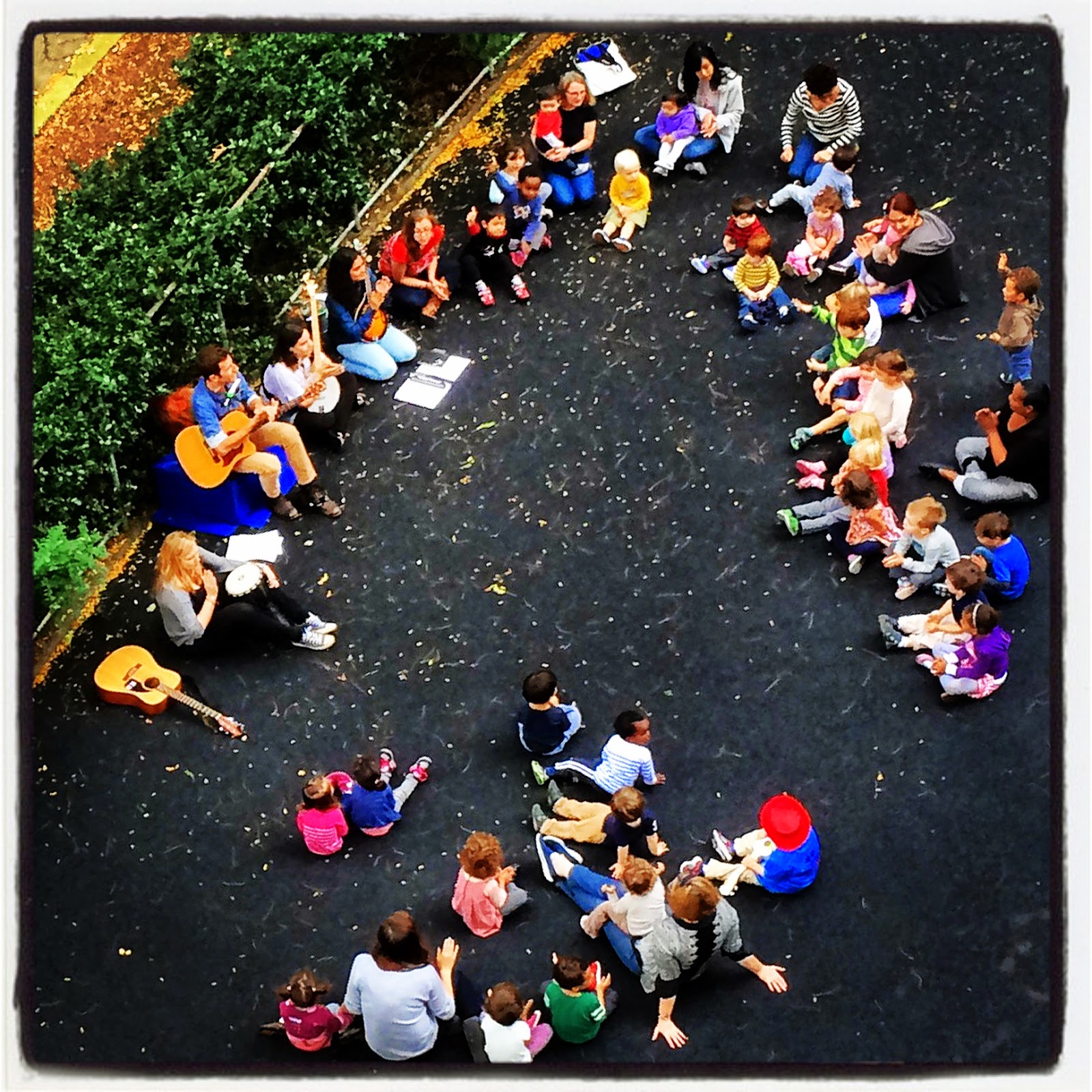 Children from the nursery school downstairs serenaded me as I worked this morning. My own children went to this nursery school. I used to love leaning out my window, watching them play. My son was always surrounded by friends, two in particular to whom he remained unshakably loyal, and they were the same toward him. We saw early on his great capacity for friendship and the fidelity he inspired in his friends. One boy pushed him one day and his best friend, a Japanese-American boy named Eugene whom he used to call "Newjean," became a whirling dervish, arms windmilling in his defense. My son, who was a pacifist, pulled Eugene off the boy and they walked away from him, Klignon style. I saw all this from my upstairs window. Yes, I have been overly interested in my children's life away from me since the beginning.

My daughter, unlike my son, was usually alone on the playground. My heart hitched in my chest as I watched her lying on the slide by herself as the other children swirled by. And then I realized my girl was gazing up at the sky, daydreaming. Or she was twirling round and round in her own little world, arms outstretched, eyes closed and face to the sun, coat tail flying. My son had many friends. In time, she had one, a girl as quiet and dreamy as she was. They would play next to each other, not talking but seeming to understand each other perfectly.

I remembered all this as I leaned out my window this morning, listening to the children sing. It didn't seem as if almost twenty years had passed since my own two were in that circle.