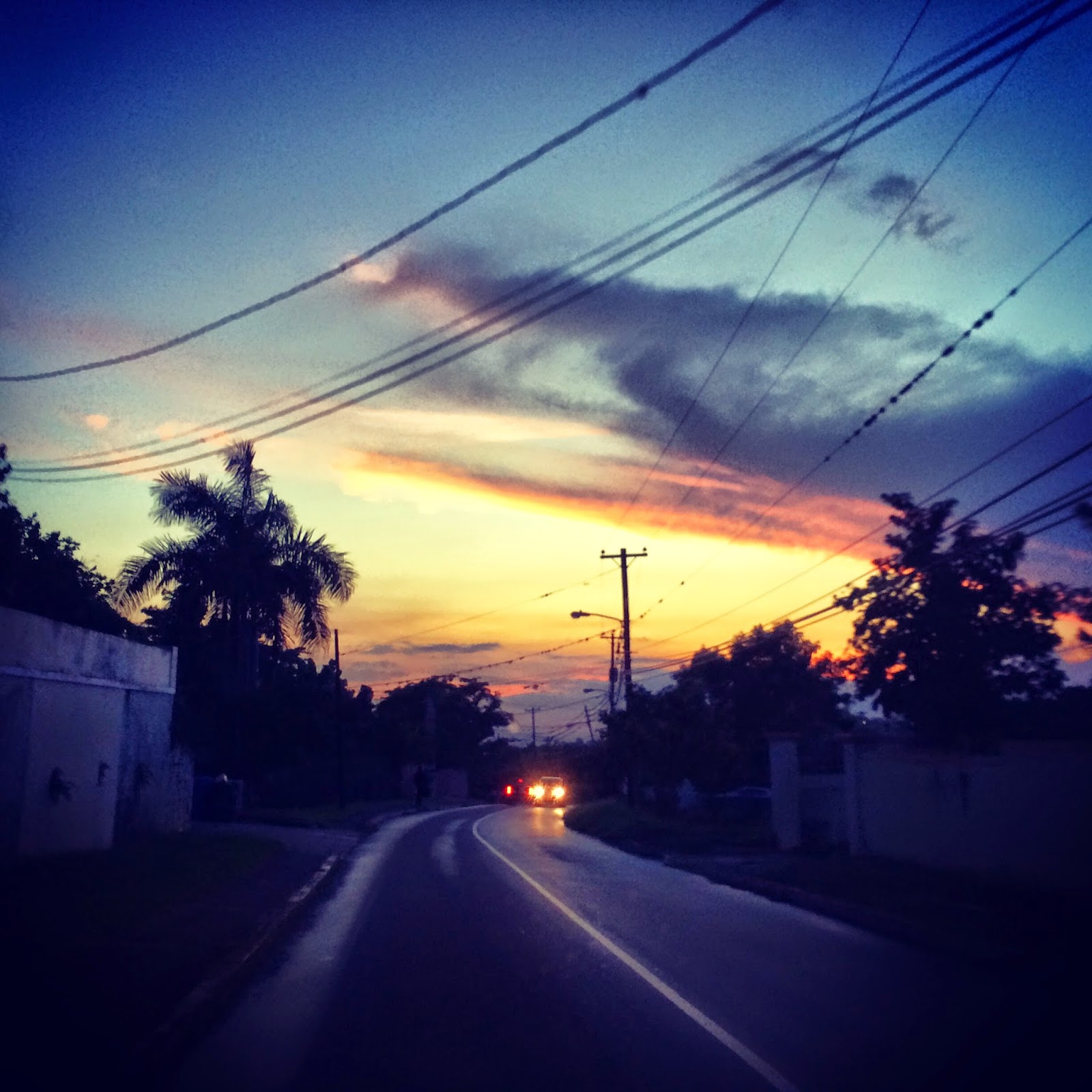 The sun was setting as I travelled to the airport last night. From the window of my taxi van, I watched the changing sky over Kingston, a vivid palette of oranges and pinks and gentle lilacs doing a cloud dance against a backdrop of dusky blue. I didn't take out my camera; I just watched and took it in for once. I had snapped a few photos at sundown only days before, when I went with my brother to get my nephew from football practice at his school.

"Don't call it soccer," my nephew, an impassioned player, insists. "Football is the original name of the sport and the most appropriate. It's only you Americans who have co-opted the name, and for a game in which you hardly ever even kick a ball. Americans may call it soccer but the rest of the world calls it football." He's 10 years old with strong opinions and impeccable language skills. I love listening to him opine. He could easily follow his great grandfather into the law, but that's not his plan. Earlier, he had wanted to play professional league football when he grows up. This trip, he announced that now he wants to be a baker. 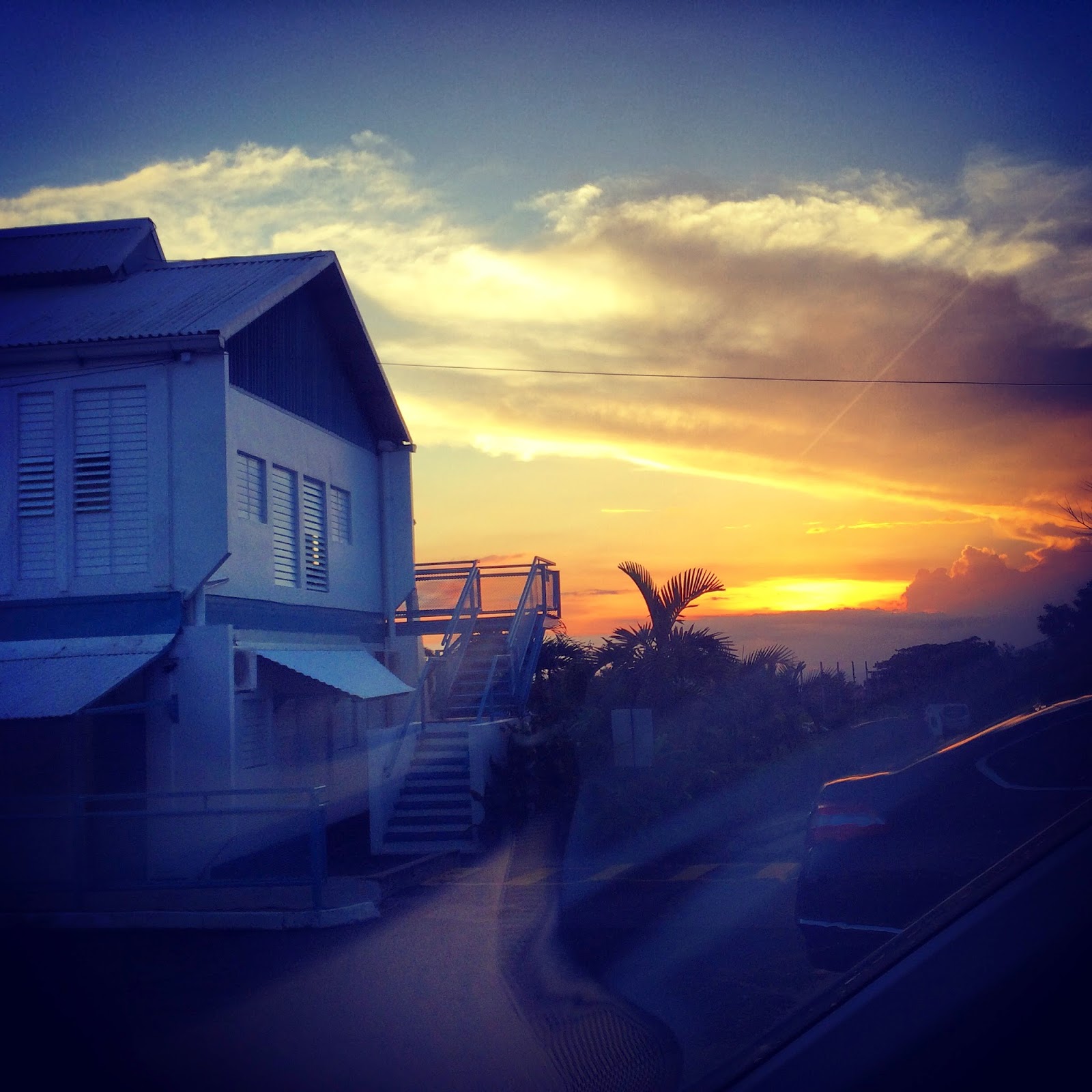 His school is on a sprawling campus, with huge playing fields and white-painted buildings surrounded by a landscape of blue-green mountains. It was mostly deserted by the time practice was over, but for the few football parents watching their boys splash on the muddy field. There had been a sudden afternoon downpour, which gave everything a washed-clean glow, except for the muddy boys, whose parents dispatched them to change from their soaking practice gear or commanded they strip down to their underwear and wipe themselves down before getting into the Lexuses and BMWs their parents drove. The school isn't cheap.

As I waited in the parking lot with my brother for my nephew to reappear, the sun was going down over the school buildings, and I lifted my phone and snapped a few photos with a plan to Instagram my favorite ones later. Driving home, the twilight sky continued to show off and I kept snapping. It occurred to me then, and again as I drove to the airport, that I grew up with such sunsets, and I took them for granted. Every single day at dusk the sky overhead was a grand opera, and I so often forgot to look up. Weren't all sunsets everywhere like this? Maybe they are, but I still felt as if I was seeing with brand new eyes. 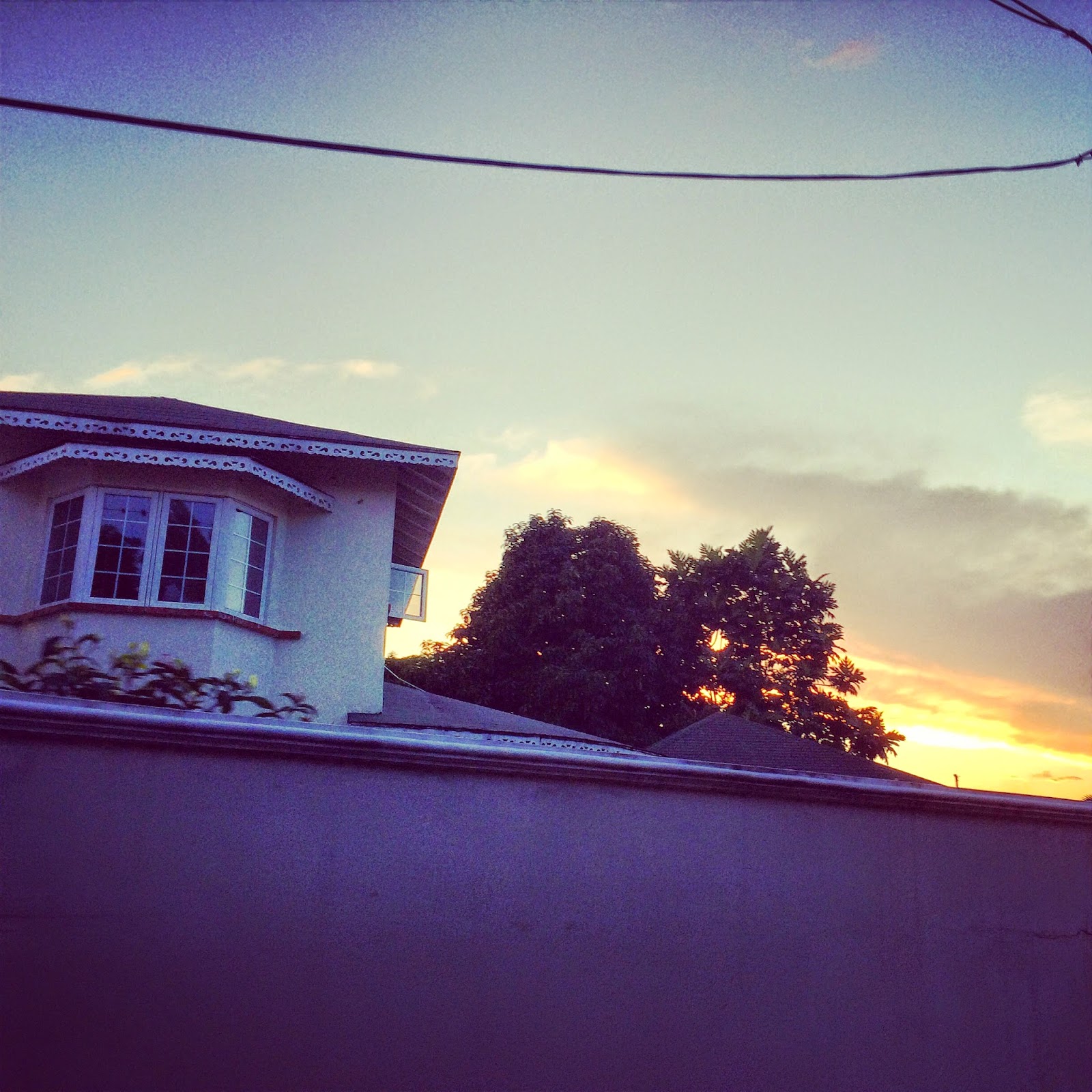 And now I am home. It was wonderful to sleep in my own bed last night, next to my softly snoring husband. It's Saturday morning; the men are watching premier league soccer (um, football) and I am about to head out to meet my friend for an afternoon wander. We haven't done this is so long.
Posted by 37paddington at 1:16 PM