It's my last day already. I fly back to New York tonight. It's been a good week and a hard one. Best of all were the days sitting next to my mom, reading to her, watching Jeopardy with her, listening to music, our conversation rambling everywhere. Hardest of all were the nights sleeping next to her. My mom was most agitated in the dark, her mind slipping its bounds and roaming freely through visions as real to her as anything, not all of them lovely tea parties. She was all business in the night, talking into the dark room about a letter sent from her sister Maisy's attorneys in Mandeville, and please could I get it down from the shelf because she had to attend to its contents. It was useless to tell her there was no letter, no shelf, that her sister Maisy had died a year ago in America. She would get annoyed with me, and ever more insistent, and at last I just lay silent beside her, unsure what else to do. Her speech was crystal clear during these business imperatives, the muscles of her jaw and tongue snapping to, the memory of her days of managing everything with supreme efficiency conquering the neurological and nervous system impairments.

I hardly slept. Sometimes I got up and went downstairs and sat for an hour in the study, praying that when I went back in she would be asleep. But always, as soon as I touched the bed, her eyes flew open, and the instructions would begin again. She had no memory of these night visions come morning.

I am afraid to be without her in this world; she is my anchor in the most literal sense, but it is so hard to see her so confined in her body, the pain flaring all over, her cheeks trembling with the effort to enunciate her words and make herself understood. She says it is going to be harder when I am gone because she has had my company this week, and now she will be lonely again. The mother who once refrained from saying these things so as to make my leaving her emotionally easier has been replaced by this guileless soul who says exactly what she feels when she can get the words out.

She is confused sometimes. Friends from her school days who have long passed on visit her and she takes uncomplicated pleasure in their appearance. One morning she awoke and asked me to call my brother and his best friend, Leslie, both of them doctors who had attended medical school together. Leslie lived with us when we were growing up, and he is like another son to my mom.

She said, "Call the boys; I didn't realize I was having the operation this morning."

"What operation?" I mumbled, barely awake. "You're not having an operation."

She was so certain, I said nothing. The woman who was on day duty arrived and began to get my mom dressed for the day. After breakfast my mom settled back in her recliner and gazed out at the hills, dozing in and out all morning. She was herself when we talked; she asked about her sisters. She asked if her youngest sisters Fay and Beulah were still with us. I told her yes, but they weren't able to travel anymore, or talk on the phone, and Beulah was having memory problems. That's why she hadn't seen or heard them. Only Grace was still able to travel, and she would be arriving next week. My mother nodded, and said, "I seem to have put the other two on the wrong list," meaning her running tally of who's already passed away. The day went by peacefully. I thought nothing more of her comment about the operation until my brother arrived home from work that evening. As he and I sat on the couch next to her chair, chatting with her, she said suddenly, "Why didn't you tell me about the operation?" My brother paused, looked at me, then he too decided to let it pass.

I hope she had some sort of other dimension spirit operation while she was sleeping, one that will liberate her of pain and ease her loneliness and lift her heart, no matter the state of her body. This, I wish. 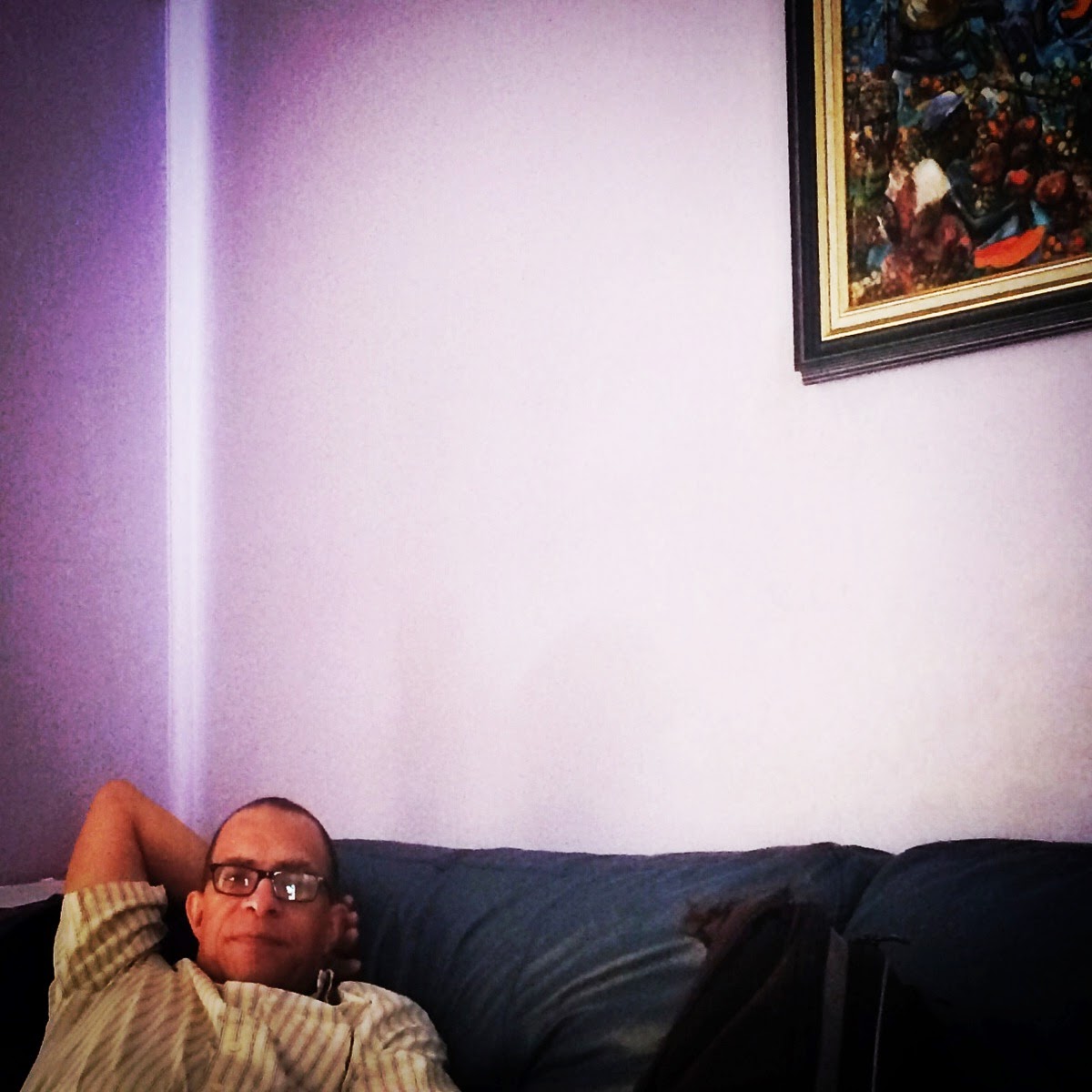 Here's a photo of my brother in a pensive mood. I'm grateful for him. He and his wife are doing the caregiving heavy lifting. When I took this picture he had just said that he will be sad when our mother goes but he will be relieved, too, because it is hard to see her like this. But I'm selfish. I can't even imagine being in this world without her physical presence. I'm not ready.