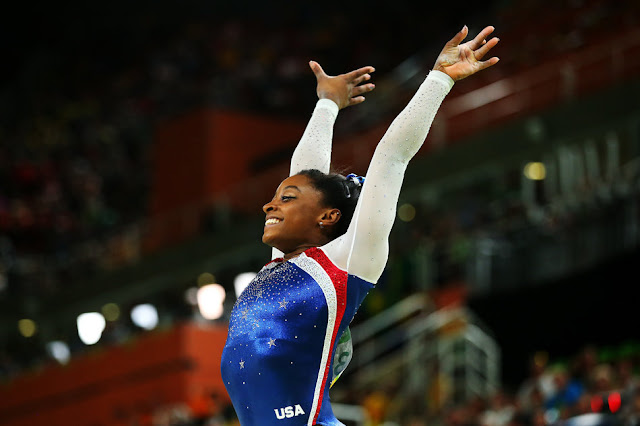 Simone Biles has won the last four consecutive US national titles, the last three consecutive World titles, and has more World medals than any woman gymnast in history, fourteen in all, ten of them gold. In fact, since winning Nationals in 2013, she has never lost a meet. And now, at 19, after thirteen years of intensive practice, she's earned what has been called the jewel in the crown, the coveted all around Olympic gold. NBC commentator Nastia Liukin, the 2008 all around gold medalist, called her "the greatest gymnast of all time." And there's more to come next week as she has qualified to compete in the event finals for vault, uneven bars and floor. Exciting stuff! I'm also enamored of the rest of the team, who together took team gold last weekend. USA women's gymnastics coordinator, the legendary Martha Karolyi, has built a fierce dynasty indeed.