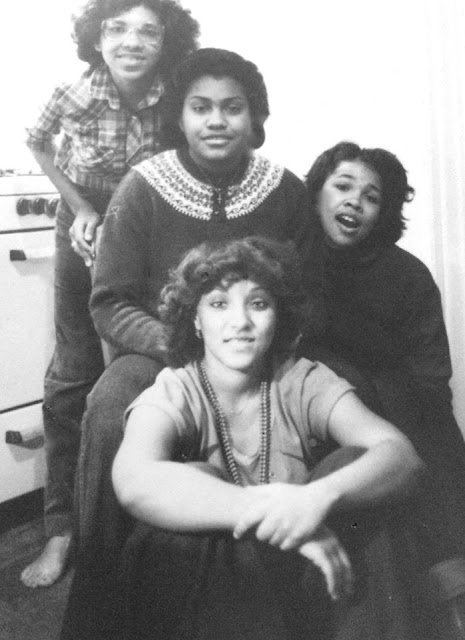 I've been in Fairfax, Virginia since last week, spending time with one of my cousins as she recovers from major surgery. She is recuperating in another cousin's home, and her sister arrives tonight, so the four people in that photo above will be together. That's me on the floor in front, with my three cousins. The interesting thing is, the one sitting on the chair at the center, and the other two are not related by blood. The one on the chair is my cousin on my mom's side, and the other two (who are sisters) are my cousins on my dad's side. Yet we all grew up so much together we are as close as four sisters. We joke that we shall have to recreate the photo above, which was taken in my little railroad apartment in New York City before I was married, when we were all in our early twenties, and when I was still in braces, which I wore from age 23 to 25, and removed mere months before I met my husband to be. That photo is more than thirty years old now, but the feeling it captures is much the same. I am abundantly rich in cousins. May our children find that they are rich in this way, too.
Posted by 37paddington at 3:31 PM