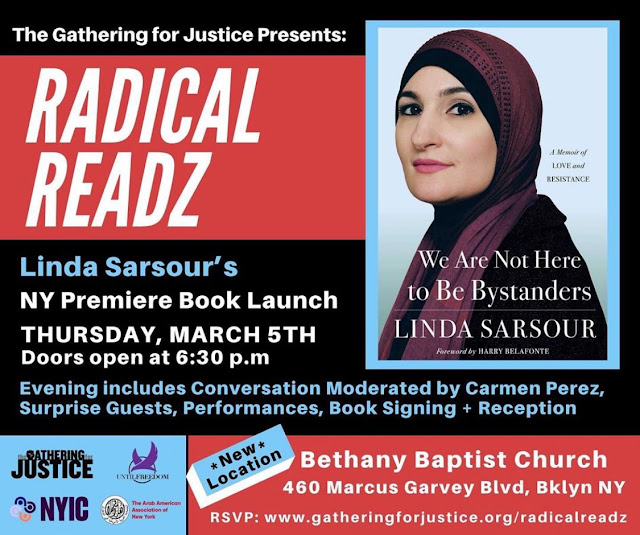 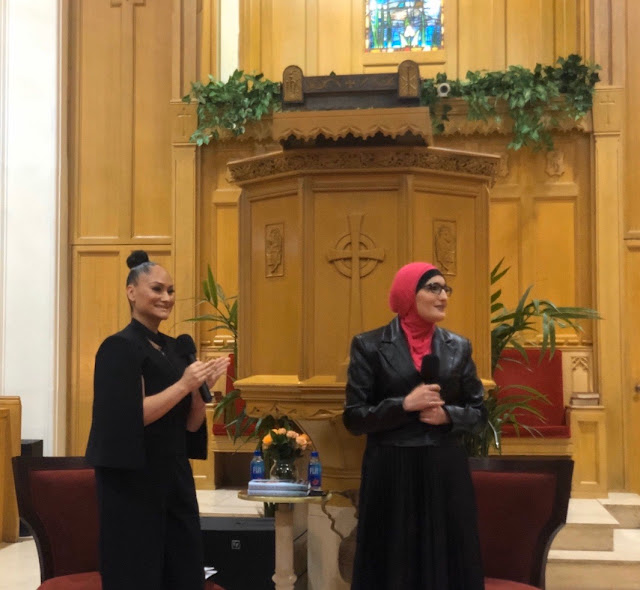 "My name is Linda. I'm from Brooklyn. Don't mess with Brooklyn."

Those words open the first chapter of We Are Not Here to Be Bystanders. Brooklyn was out in force on Thursday night, as a Palestinian American Muslim community organizer held her book launch in a Baptist Church in the hood. It was fantastic. There was praise music and Palestinian folk dancing, and Linda's whole cadre of freedom fighters was up there on stage with her. The pews were filled with people of every description, race, walk, and creed—gay and straight and trans, abled and disabled, hijabs and yarmulkes and church lady hats, embroidered abayas and leather bomber jackets, piercings and pearls.

After the Baptist minister welcomed everyone, he promised us excerpts of the book. But instead of Linda getting up to do the reading, as authors usually do, her activist friends stepped up to the podium one by one and read passages in which they featured or to which they were somehow connected. They were a beautiful parade of rappers and rabbis, city councilmen and community leaders, poets and pastors, journalists and movement workers. I had a tingling feeling as I listened, knowing every word that came next, and yet knowing that they weren't my words, they were Linda's.

My husband and daughter sat beside me, their faces touched with wonder. "How are all these activists so insanely attractive?" my daughter whispered. "It's their passion," I said. "It's so bright it blinds you." I felt a kind of wonder myself, a sense that I had been privileged to have been tasked with an important thing. 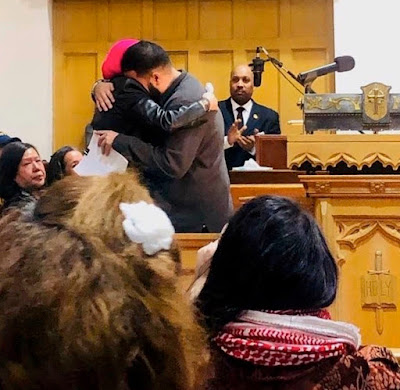 Linda's son also read from a part of the book that told a story about him and his mother during the intense nine weeks when she was helping to plan the 2017 Women's March that kicked off the resistance to the most vile and hateful president in remembered history. In the middle of it, her son's voice cracked, and sobs broke from him. Linda in her shocking pink hijab and black leather jacket and fly studded boots got up from where she was and went to him, folding the man she had birthed into her arms. I looked over at my husband and  saw he had tears on his face too, then I looked at my daughter who seemed to be holding her breath, one hand pressed against her heart. It was that kind of night. People cried, laughed, cheered. Love infused every molecule of air. 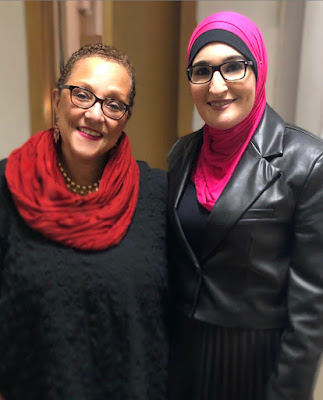 When the readings were done, Linda took the stage to be interviewed by one of her sisters in the movement, Carmen Perez, the director of Harry Belafonte's organization, The Gathering for Justice. The first thing Linda did was to  thank her family. She said it was their support that made her brave enough to do movement work. Next, she thanked her editor for believing in her and her book. And then she said: "Is Rosemarie in this room? Is she here?" I waved from my seat, and blew her a kiss, and Linda said, "There you are!" And then she introduced me by my full name and said, "This woman is fantastic, and you need to know who she is."

This was unusual. Authors are not in the habit of giving public shout outs to their ghostwriters at book launch events. But Linda did just that. "Now, you all know I'm not an author and I'm not a writer, I'm a talker," she said. "And so when I was given the opportunity to write a book I didn't know where it was supposed to start and where it was supposed to end. This book was birthed because there was a woman named Rosemarie who sat with me, who helped me throughout my journey, pulled out the most important moments of my life and allowed me to put them on paper in a way that could inspire people around the world. So I want people to know there would be no book without you, Rosemarie, and I want you to know how much I love you and appreciate you and fell in love with you the first day I met you." (These were her exact words, which I lifted from a transcript of the event.)

I was so glad then, that I had not skipped going, the showing up being always so hard for me. Can you imagine if Linda had called out that to that sanctuary full of people and no one waved back? Afterward, people were coming up to the editor and me and thanking us for helping to bring their beloved's story into the world. Our editor said that in all her years she had never been to a book launch quite as rousing and unexpected and inclusive as this one. My daughter pronounced the whole evening extraordinary and my man said, "Linda took us to church."

Don't bother to google her. What you'll find is hateful, as right wing dark money has spent millions trying to defame and discredit her.  That is not an exaggeration. They fear her power, which you can see within minutes of meeting her is rooted in love. If you're curious about her, read her book. I have nothing to gain from promoting it. I've already been paid for my part. I just believe we should all know the truth about who Linda is, and how she's out there every day, risking her very life to make a better world for us all. 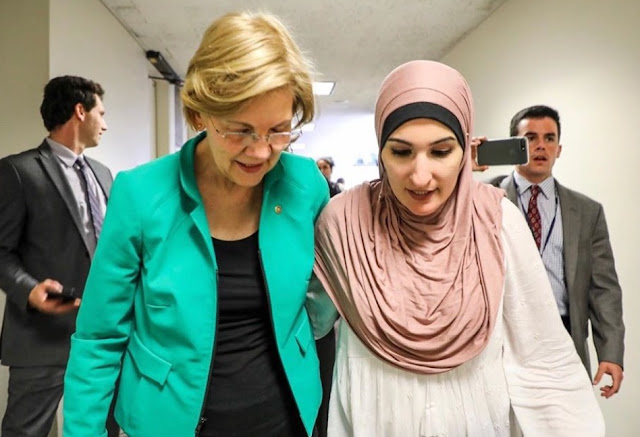