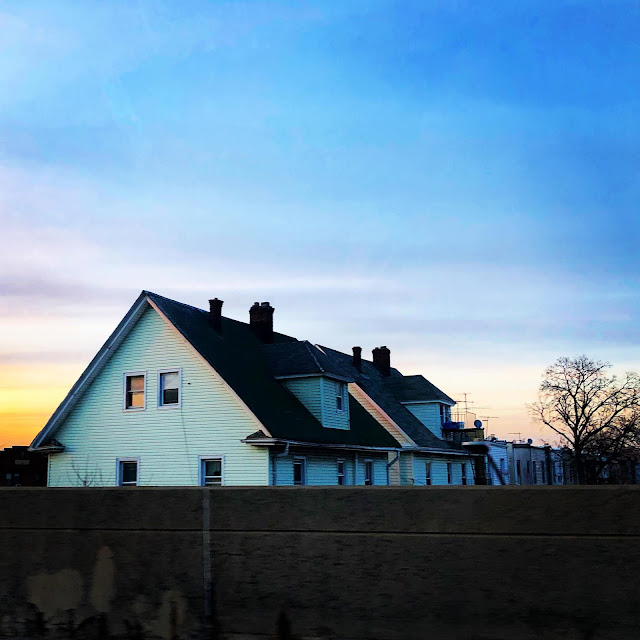 It seems that all anyone in New York City is talking about is the corona virus. I can't tell whether it's incredibly hyped up or a true crisis. Columbia University and Barnard College up the street from me have shut down all in person classes and activities. My husband's museum told everyone to take home whatever they needed to work from home for a while. He works with the Ichthyology collection. He and his coworkers put their heads together to figure out what they could do from home and came up with a solution: Binge watch Netflix.

My son thinks everyone is being a little bit insane, but I'm secretly glad he's a firefighter now and not a paramedic making EMS calls. Although he came over this afternoon so that I could help him update and format his resume (my OCD is useful for such things) because he plans to pick up a side gig as a paramedic at a time when health care professionals are more in demand than ever. Meanwhile my daughter's co-workers in midtown are bemoaning supermarkets that are all sold out of hand sanitizer, Lysol spray, canned goods, and toilet paper. "This isn't happening in the hood," she told us. "I went into the grocery store on my block and all the so-called scarce items were right there." I guess some folks simply don't have the means to be stockpiling goods based on a maybe.

Yet the hype is such that people are even avoiding Corona beer, which led one of my son's friends to make a point of patronizing a restaurant named Corona in the neighborhood of Corona, Queens, where he sat drinking a Corona beer. Serendipitously, our son was on speaker phone sharing this story with his dad and me as we were driving to Brooklyn last Thursday, and right after I'd snapped that photo from the highway of houses in Corona. Earlier in the day, I'd gone into the offices of the magazine for which I edit freelance, and the executive editor greeted me by opening her arms and saying, "Let's hug now while we're still allowed."

Just three days later, at my choir rehearsal, everyone greeted each other by tapping the toes of our shoes, laughing at the foolishness of it, before offering a squirt of hand sanitizer. Anyone who coughed got the side eye, and my Lyft driver that evening worried about bringing the virus home to his diabetic mother. It all feels like a slow motion catastrophe, so slow you’re not quite sure it’s really happening. And yet the numbers of the sick keep rising, and massive institutions, whole countries even, keep closing down. No telling what comes next.