My days of quarantine are not much different from my days before. I sit at my desk and write, as my deadline for this book has not shifted, in fact last week it was moved up by a month, as the editor wants to publish next spring. But these days, I have my husband home, the TV on giving updates on the Covid-19 pandemic, and my niece is in her bedroom, set up at her desk, video conferencing with the digital team at her job of two months. The way America works has changed overnight. We are among the fortunate, in that we are continuing to have work, and our paychecks continue to be deposited on schedule, at least for now. But gig workers, food prep workers, temp workers, so many people are in a world of hurt. And the grocery store owners, and those who stock the shelves, even though the coin is flowing in for them, still they have to be out among the masses, at risk every day. This is the case for my niece's father in Orlando. She worries for him, and also for her mother, who even though she can stay home, is very much among the vulnerable, having beaten back cancer just a year ago.

The shit show that is the president is now on blazing display, as he whines that governors need to do more, find their own ventilators, and all this for a crisis that two weeks ago he insisted was a hoax. Fuck him. The governors in this country are providing the real leadership now, and they're on their own. The no count president hasn't a clue what to do, that is if he cared to help at all, which he doesn't. A jewelry box maker in New Jersey was on the news this morning, saying his factory could easily be converted to making masks and other protective gear, he only needed the government to put in the order. Since last week, labs nationwide have stood ready to begin testing, if only the federal government would give them the go ahead. The corrupt self-dealing president declined the World Health Organization testing kits that would have allowed us to begin testing people in late January. Then he gave the contract to develop the test kits to his son-in-law's brother. The tests didn't work at first, and we lost even more time. Now we simply don’t have enough tests to determine the scale of the crisis. Only 13,000 people have been tested in the US since February began. They do that many tests in a day in South Korea.

Public schools in New York’s tri-state area are now closed for the foreseeable future, but meals are still being provided on a grab-and-go basis to kids whose only meals for the day were at school. Some have suggested that empty university dorms can be turned into makeshift hospitals should the need arise. One man wrote about his wife's symptoms, deep fatigue and tightness in the chest, shortness of breath, headache, occasional fever, coughing. They called 911 on the fourth day and the paramedics came at once. They didn't test his wife. They said she definitely had Covid-19, but they had stopped testing for it that morning because it was "so rife." So this woman, sick as she is, and her husband, who appears to now be getting ill as well, are not among the confirmed cases, which tells you that for every positively identified case, there are many uncounted more. As a doctor who is now sick himself said, "This thing has been spreading for a long time."

I feel symptoms myself now and then, a cough, a sneeze, a thickness in the heart and throat, shallow breath. They come when I'm in the throes of anxiety about my loved ones. And then it passes, and I feel fine, so I'm going to assume that in our little quarantined household, we are all okay, and may we all remain so. I do worry for my son, who as a firefighter and paramedic is on the front lines daily. "All is well," he just texted me in response to my texted query about whether he has protective gear. "I have gear. Worrying isn't going to change anything so don't bother with it." Easier said than done of course.

Meanwhile my daughter is working harder than ever from home, because she works for a non profit that feeds the hungry in New York, the number of whom has exponentially multiplied. She is the business partnerships manager, which means she encourages corporate concerns to make philanthropic donations to help the cause. "I'm so stressed," she told me on the phone just now. "Our sponsors want to help, but if we don't reach out and capture those donations, they'll go somewhere else." Yesterday, she raised $100,000 to feed those in need. One. Hundred. Thousand. "You are one of the lucky ones," I told her. "You have the privilege of contributing something of such immense value right now." Honestly? I'm in awe of both my children. May we all be saved. 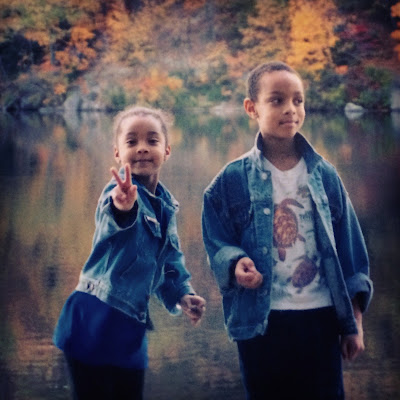