Life is but a dream 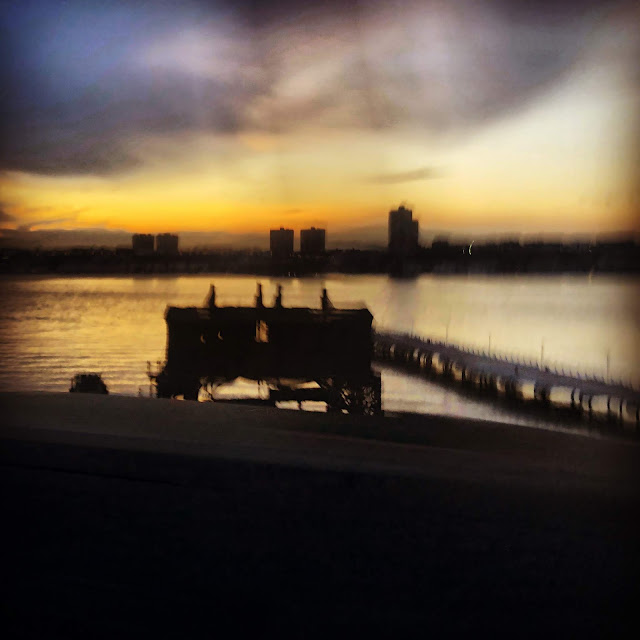 The worst, the very worst and most terrifying aspect of Covid-19's grip on New York City, and the world, is that as hospitals get overrun—and they already are here, despite predictions that the peak of this pandemic is still two weeks away—people are dying alone in bleak rooms, without any loved one by their side, as no one is allowed to visit or be with the sick once they are admitted. How can this be? I remember when my husband was so ill three years ago now, there was no way he could have advocated for himself in a medical setting. He wasn't even conscious during the worst of it, but I was there, watching out for him, able to call the staff if anything seemed amiss, and that was at a time when the staff wasn't losing their minds with terror and overwork, running to keep up, doing their best, but really, so many things must be falling through the cracks in the current scenario, and there is no one there to make sure their loved ones aren't the ones falling. It is a waking nightmare the likes of which we could not have imagined in our so-called technologically superior first world.

I saw a picture last night of a plane load of doctors and medical personnel, flying from Atlanta to help us in New York. I looked at the picture for a long time and after a while I couldn't see it anymore through the tears. I wash my hands till my wrists bleed. I slather them with Neosporin antibacterial ointment or lotion, before washing them again. I wipe down everything obsessively, but the disinfectant wipes are running low, and there are no more to be had anywhere. Perhaps we'll buy white rum from the liquor store, pour it into a spray bottle, and douse everything with that. Turns out liquor stores are still open, considered essential businesses. I get that.

I've been keeping most of our windows closed out of concern that pollen from the budding trees will blow in and provoke scary allergic reactions, which we wont know at first to be merely that, and not the start of something more insidious. But this morning, I threw open the window in my bedroom, thinking one has to periodically allow in fresh air, and I realized how sound proof our apartment is because as soon as I opened the window, I heard sirens, one after the other, ambulances wailing by on the avenues, the sound continuous.

My niece had a stomach ache and nausea yesterday. She thought the second half of the Philly Cheese Steak sandwich she had for breakfast didn't agree with her. She lay in bed all day, distracting herself with binge watching Tiger King. Apparently, it's a thing. Everyone is talking about it. I kept checking on her. She was down all day, but no fever. The unspoken fearful thought: Is this how it begins? But she's feeling much better this morning. Back to normal, she says.

I'm having stress dreams, mostly about my son. I dreamed I was in a crowded place, like a train station, and my husband was on the other side of the cavernous hall, screaming our son's name and frantically beckoning me to come to him. I ran to him, pushing through the crowd, understanding that we had to go to our boy. But the car was on the other side of a cliff, and we had to navigate a narrow, crumbling path on the edge of it, the waters swirling and furious far below. I wanted to ask why we needed to get to our son so urgently, but I had to concentrate on placing my feet. We never did get to the car, or to our boy. I woke up, heart hammering. The blinds outlined by rainy early morning light slowly solidified.

Stay well out there.