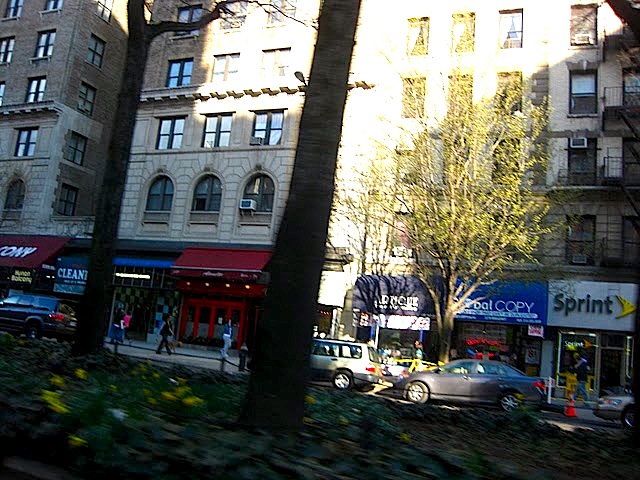 This is my 'hood. I see it only in passing these days, from the window of a car as I head to work or back. Most days I travel above ground, unwilling to confront the hectic human surge underground coming and going on the subways. It takes too much attention, too much hypervigilance so early in the morning. When I was  younger, it pumped me up with adrenaline, but now I find it frantic and overstimulating. It fries my circuits and makes me want to run and hide. Of course, I can't do that. So I meditate from inside a gypsy cab instead, watching the stores along Broadway opening up, setting up for another hopeful day. 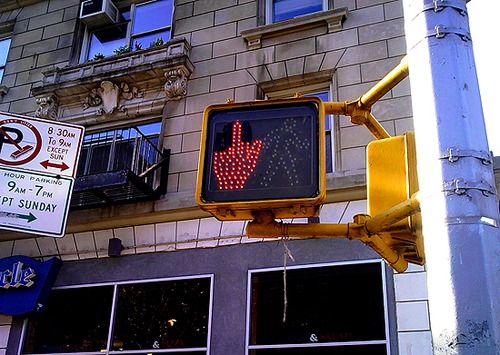 I sail by that traffic signal with the missing points of light, outside the pizza place where my son and his friends used to hang out in till late in the afternoons during middle school. They would sit in that parlor making noisy nuisances of themselves until their parents began calling their cell phones to chase them home. Those days seem so innocent and long ago. I used to work from home two days a week then.

Now, most of my waking hours are spent huddled inside the glass and concrete walls of a midtown office, devising more stories than we have heads or hands to execute. We have to keep reminding ourselves to breathe. In the midst of all this, we have to get used to a new way of doing things, which I choose to see merely as another challenge that will stretch and teach me, force me to develop new approaches and add to my repertoire. All that to say, I'm dancing as fast as I can. Wasn't that the title of a book I once read? I think it was about a woman whose life became unglued. But that is not my story. Not today.
Posted by 37paddington at 7:14 AM