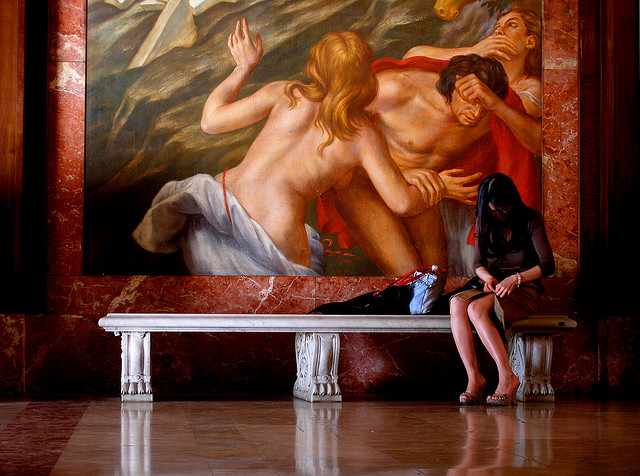 Is this not an arresting image? It is from the portfolio of a person who goes by the moniker An Untrained Eye, who gives his first name as Tom. He offers no last name. From his notes on the photograph, he revels in how often this photo has been grabbed and reproduced on other people's sites, bent to other people's purposes. He's really kind of subversive. For him, art is public property. This was taken at the New York Public Library behind Bryant Park in New York City.  The woman on the bench, a Japanese tourist, did not know at the time that she was being photographed. I don't yet know what this image says to me, but it demanded to be put up here. The colors.