I am now the proud owner of a Movson

My friend, the sculptor and artist Janice Movson, held a viewing of her work last night. I was determined to purchase one of her pieces this time, having admired her work for so long. I finally decided that one should never feel too poor to acquire art, to feed one's soul, to contribute to an artist's continued ability to create. And I shall abide by this henceforth. Here is how I described Janice's work a year ago, when I attended another of her shows. "She does Masai-like clay sculptures with very mysterious symbols and objects and drawings glazed onto the statue-like figures. You really have to bring your own sensibility to each piece. They are so exquisite and unusual. The feelings they evoke are not easily described. There is something so spiritual yet visceral about each figure." And now I own one! 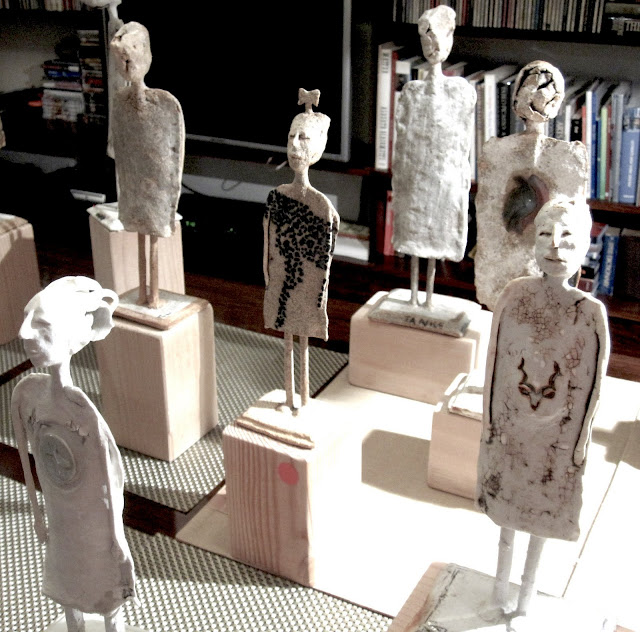 That's my piece in the center, the girl with the bow atop her head, the suggestion of a panther's powerful leg and torso across her delicately sculpted center. The red dot on the wood block signifies "sold"—to me. I enjoyed the details of so many of the pieces, but I kept coming back to this one. Maybe it was the sweet bow that reminded me of the way my own mother used to tie ribbons in my hair when I was a child. And the power of the panther at rest. This piece spoke to me, and happily, I answered. 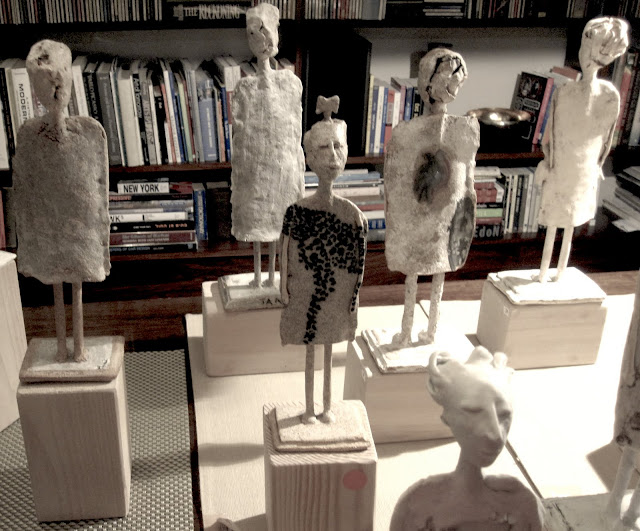 Janice taught our girls art for ten years, and that is how we came to know each other. Our two daughters were there last night, both of them exhausted from a long school week, and sort of laugh-happy, dissolving into giggles over everything. Janice and I watched them from the next room, delighting in the way they still play like they did when they were little, spilling across one another, like puppies we used to say. 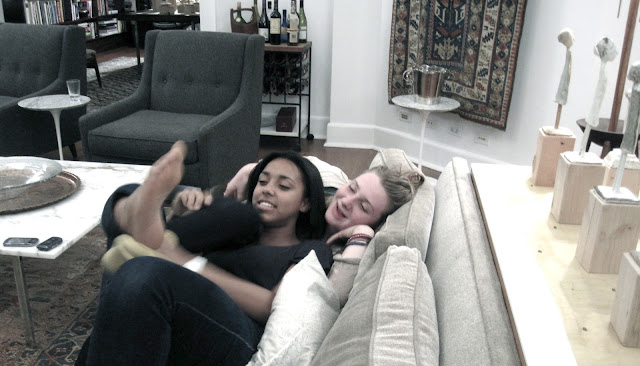 Eventually, they both fell asleep on the couch, entwined the way they have never stopped being since they met in first grade. They were born ten days apart, the same year. Their mothers were born five days apart, the same year, but on opposite sides of the world, Janice in Durban, South Africa, me in Kingston, Jamaica. We see in these details, and the distance overcome, the assurance that our two families were meant to slip into easy comradeship and become fast friends. 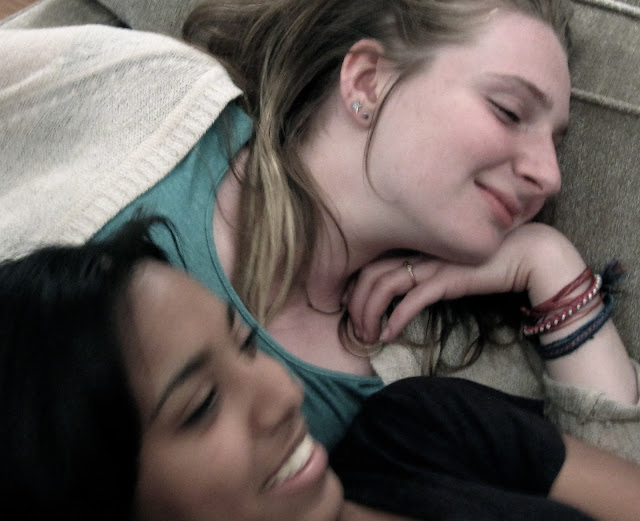 Our host last night, a woman with the gentlest of spirits, whose son will be heading to Oberlin College in the fall, said something that pierced me. She said that now that her son was about to leave home, she felt such sadness, she felt like a failure, thinking of all the things she never did with him and now would never get to do. I knew exactly what she meant; I was so ready to go there. But another of our friends, the lovely mother of three daughters, noted that we need to focus on all the things we did do with them instead, all the ways in which we secured them. It was such a simple statement, but it turned our thinking all the way around, spun that melancholy thought all the way back to positive, which is where I still am today.