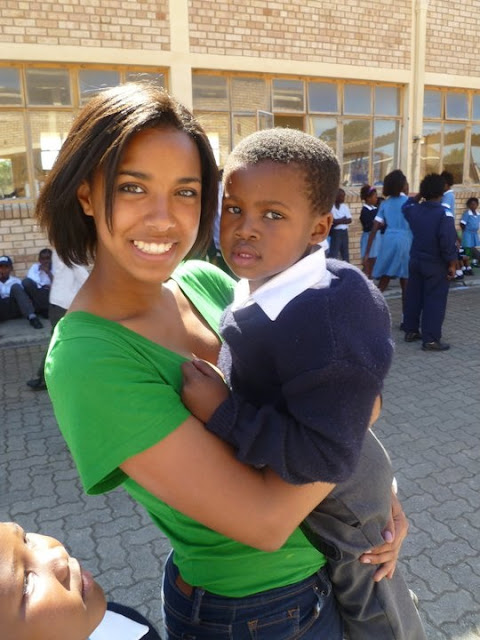 My daughter seems to have had a deeply satisfying time in South Africa, and has come back feeling happy and comfortable with herself and what she and her group were able to do. They worked extremely hard, she said, but their teacher chaperones were all just "ah-mazing" and helped make the trip spectacular. In the picture above, I am drawn to the little kid in the lower corner. I almost didn't see him at first. What does his expression say? I'm also drawn to the kids in the center of the frame,  of course.

My girl picked up a cold on the plane coming home, and she quickly passed it to me. It's a fairly mild chest thing, just enough to mess with your vocal chords and make you sound really croaky and sick, and to bestow passing waves of dizziness, and for 24 hours, a very sore throat that makes it hurt like hell to cough. But it's also the kind of sick that makes you want to just wrap up in a blanket and watch movies and sitcoms and laugh and laugh and feel happy to be so cocooned away from the world. So that is what my daughter and I did yesterday. She stayed home from school—I figured with her jet lag and cold she might as well take the day and get all the way better—and I stayed home from work, calling in sick rather than emailing because my voice made it so darn obvious they didn't want to be around me.

We had work to do, she had history homework still waiting and I had to edit and move two stories to research, and there was all her laundry from South Africa, so we did all that in the morning, and then, feeling very righteously productive, we settled down to the truly fun part of our sick day. We caught up on hugs and silliness and our DVR'ed shows, Modern Family, Survivor, the Top Chef finale, the singing episode of Gray's Anatomy (which had me riveted) and then switched to Netflix and watched the premiere episode of Brothers and Sisters, a series we will probably continue since it's one of those shows that provokes conversations about the twisty threads of human interaction, which we do enjoy. My girl crashed out by 8:00 P.M., the jet lag still with her, and was up by 5:30 A.M. this morning, dressed in her "new" cashmere sweater that she scored at the flea market on Sunday for ten bucks. She sang goodbye as she went out the door and I think she's pretty happy today.

In no particular order, here are some pictures from her time in South Africa. She gave me permission to grab these from Facebook. 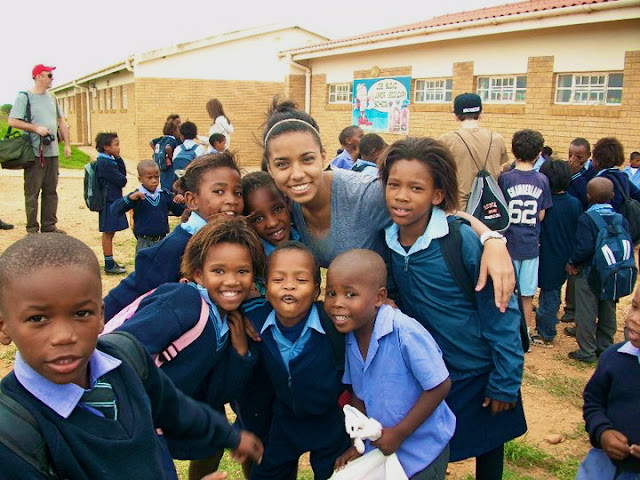 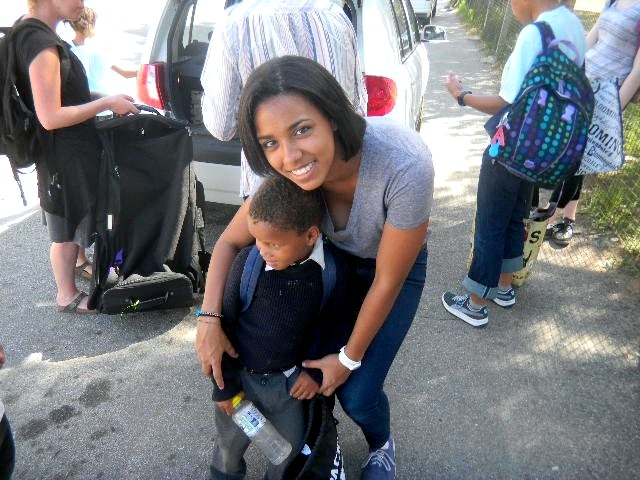 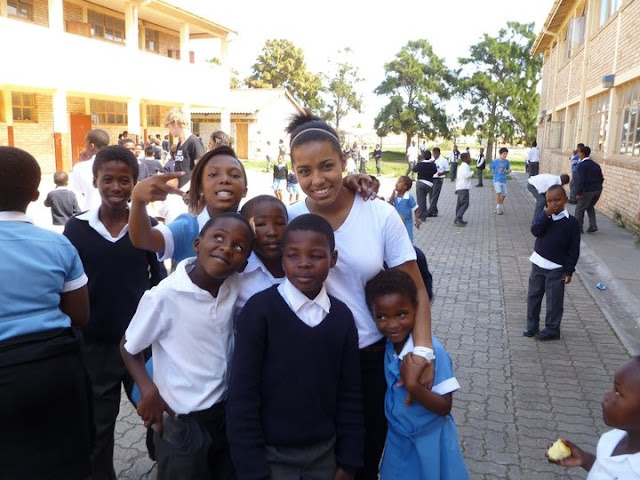 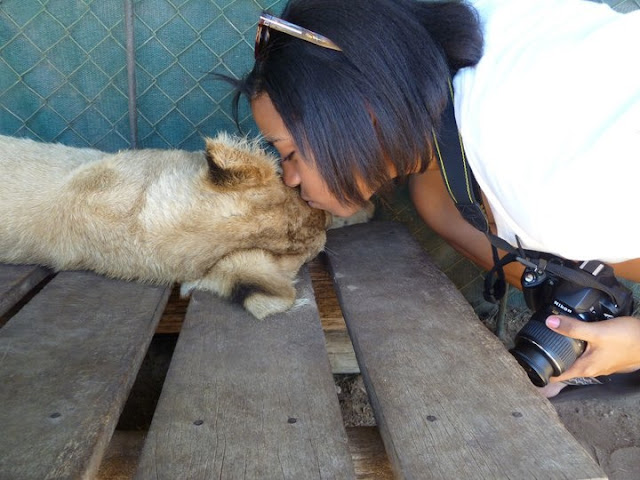 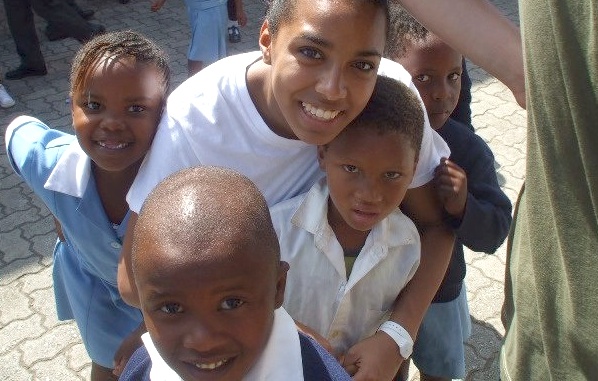 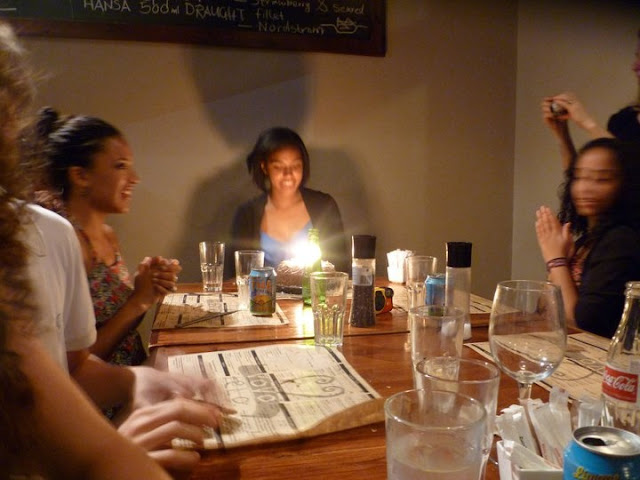 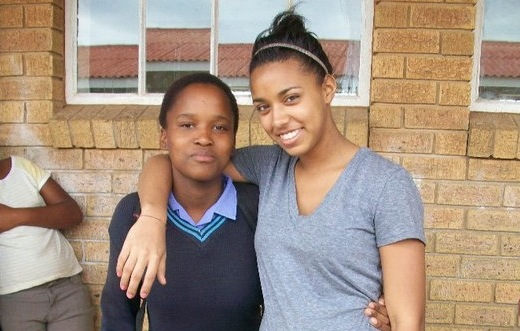 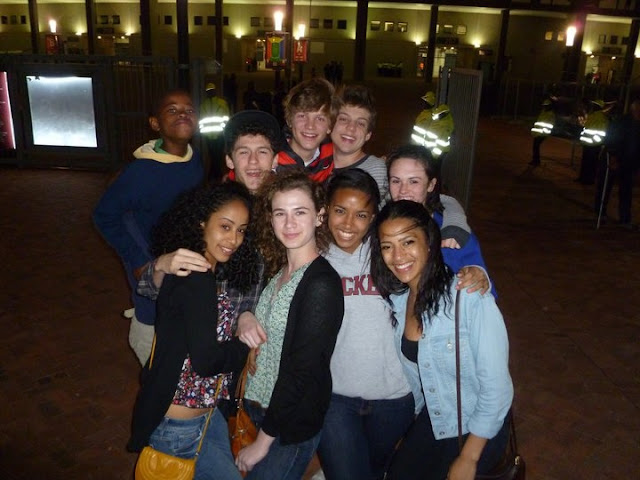 My daughter took this photograph of a little girl in Port Elizabeth, South Africa. There is so much in that sweet face. 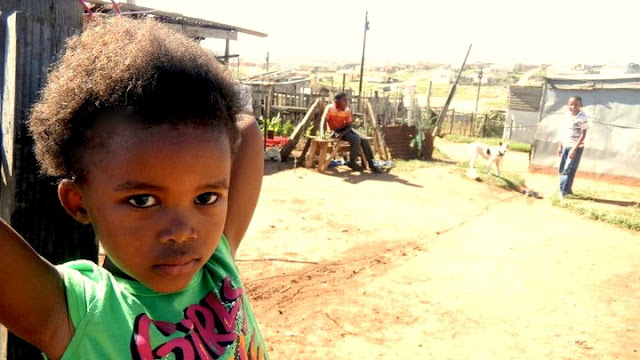