I can see clearly now

This is the back to school post I never managed to put up. It was the weekend of Hurricane Irene and, well, there was a lot going on. My son went back to school on the bus the day before we drove  up. He had some pressing business or something, but really I think he was just eager to see all his friends. On his way out the door, as usual, I made him pose. 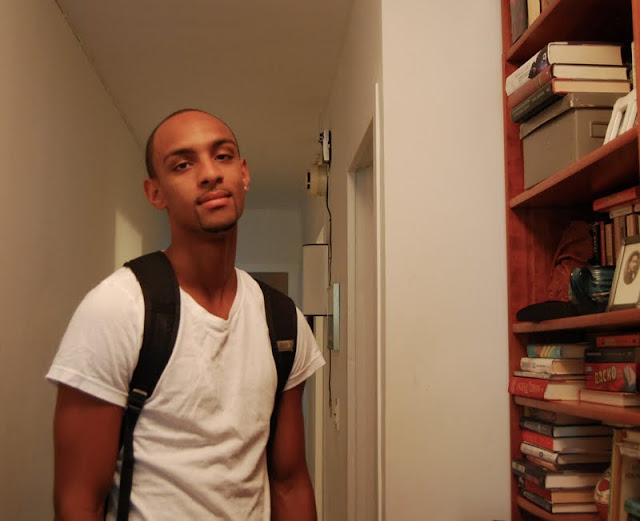 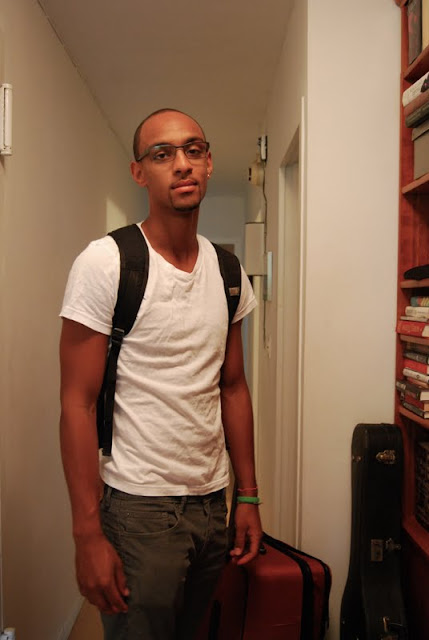 And then I said, wait, I want one with your new glasses. Yes, my son is now a wearer of prescription eyewear for the first time. He was feeling quite indulgent of his mother because he went into his knapsack and pulled out the two-day-old glasses so I could get a picture. He looks pretty cool in them, I think.

Of course, when we arrived on campus with most of his belongings the next day, he was already very scarce. He came with us to shop for supplies, he had a couple of quick meals with us over the two-day weekend, but mostly, he had already disappeared back into college world. My niece and our daughter happily hung out with us, however. There were laughs galore with them in Abbe and Notta land. 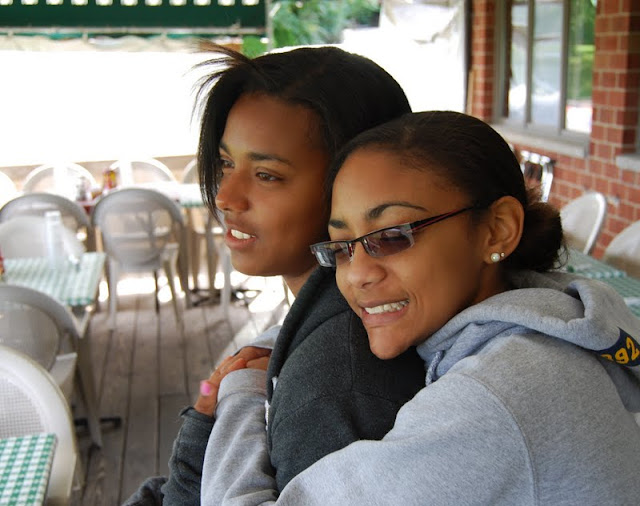 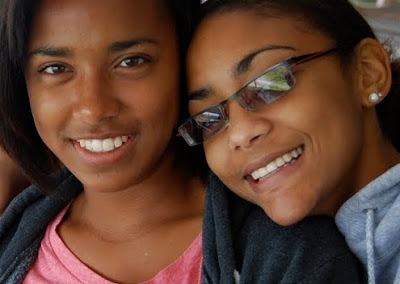 Everyone assumed our niece was our daughter and while I know her mother would have liked to be there, it was a thrill anyway, counting her as my own. I was going to put up the conspicuous consumption pictures, the shopping to equip our two apartment dwellers, but I think I'll stop here. It's their faces that enthrall me. Who cares about shopping carts obscenely overflowing with mops and detergent and microwaves and plastic drawers? So yes. This counts as the back to school post. It will have to do.