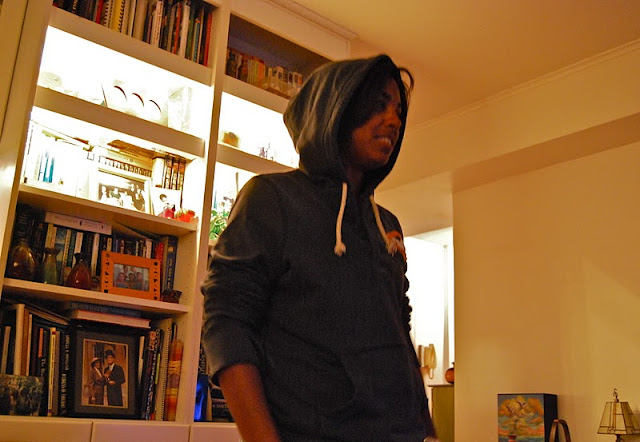 You may recall that a year ago, my daughter reflected at dinner one night that it would be nice to know what it felt like to be on a winning soccer team. And then her team did what had until that moment seemed unthinkable: They won the next game. And then they won all the games after that, and went to the championship finals for the first time in my girl's soccer playing career. They lost the final in a hard-fought game, but oh, it was exciting.

Well, my girl's soccer team has started the year with an unbeaten record, tying the first game and winning the next five. It looks like they're angling for a championship rematch, the way they are playing now. My girl is a starter, she plays midfield or stopper, and she's also the backup goalie (she hates being in goal but she's awfully good at it). They have a new trainer this year who is pushing the girls harder than they ever have been pushed. They came back from soccer preseason camp complaining bitterly about him. One of the girls even said, "He acts like he's coaching boys!" which made us all laugh.

But on Friday, our girls won their hardest game yet, 4-2 against the team they met in the finals, with our team scoring two of the goals in the final ten minutes. Animatedly, my girl praised all the hard, hard workouts they had been forced to do; she explained that at the end of the game both teams are tired and it's the better conditioned team that can keep it together and take advantage of that—as they did. She was thrilled! All lit up with winning, which is a very nice place to be at the start of her senior year of high school.
Posted by 37paddington at 12:13 PM