I dreamed I was walking along a high wide wall and when I got to the end and turned around to go back, the wall had narrowed to a sliver, and I was frozen with panic, I didn't know how to place my steps to find my way back.

I dreamed I fell into a highway and a truck rolled over me, and I caught and held the chassis as it moved, wedging my feet against an exhaust pipe, and then I was stuck there underneath the metal body, breathing the poisonous fumes, unable to fall and roll to safety on the blur of road rushing past.

What does it all mean?

I called in sick today. This was wise. I am so very raw and weary, running on fumes, tears right at the brim, and maybe someone might have dropped a straw onto my shoulder today and I would have just snapped. Yesterday, a freelance designer pitched a fit because she was asked to redesign a page, and she told me in the most scathing tone, as if I were a transgressing five year old, that she did not like to do things twice and we editors needed to get our act together and communicate from the start the layout needs of a story.

I looked at her with a quizzical smile on my face, not quite believing she was speaking to me in this way. I told her the that the piece had been in its final form for days, and all she needed to do was check out the file and she would have been able to design from live copy. She spat out something about how someone should have told her that and when she was done I said to her, my voice determinedly calm, I hear what you are saying, I get your frustration, but we are all working very hard here and there is a certain civility with which we should address each other, and your tone is entirely uncalled for.

She looked at me, a baleful glare. You think I was uncivil in my tone? she challenged. Maybe she thought she would scare me. Yes, I said, holding her stare. Your tone was completely unnecessary and extremely rude. She glared at me for a beat or two longer and then she said, Well then, I apologize. I said thank you and walked away.

Here's the thing. I wanted to yell and scream at her, how fucking dare you? I wouldn't, of course. My parents were extremely diligent about the tapes they laid down in my consciousness about how one conducts oneself in a conflict. You never resort to swearing, my mother always emphasized. The minute you curse you have lost the argument. You can use much richer language than curse words.

Yesterday, I thanked God for those tapes.

Ten minutes later one of the art directors was at my door. I heard about your exchange, he said. How did you hear, I asked him. Is she over there talking about it? As far as I was concerned, I had said my piece, she had apologized and it was over. The art director explained that another designer had overheard us and had come to him, and now he wanted to brainstorm with me because he had been trying all day to figure out how to tell this freelancer to tone down her attitude. Really, he just wanted to vent with someone he thought would be sympathetic to his frustration. I was happy to let him vent because how do you go into someone's place of employment as a freelancer and act this way? Not cool.

All the same, I appreciated that she was completely frontal in her attack, because that allowed me to be as direct in responding to it. All day another person we work with had been engaged in his usual passive aggressive attempts to dominate and control, and I do not fancy people trying to dominate and control me, especially when I think what they are proposing is just plain wrong. It took so much energy to address his arguments in said civil manner,  and maybe that's why I was so furious with the freelancer, because if I was killing myself to be civil with this idiot, by God she needed to reach for a little civility with me, too. (Yes, I realize I have equated myself with the idiot and undermined my own argument.)

Anyway, staying inside today is completely necessary and called for. I am going to hide out in my house and try to recharge, because if I walk out there today, so raw and skinless and exposed, I might lose sight of my larger purpose, all the reasons I keep on. 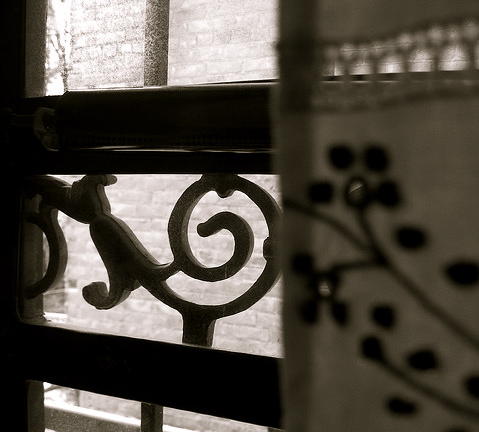