Notes from the Weekend

Saturday, two of my daughter's friends spent the day in our home. One is a Dutch boy who joined our daughter's class in seventh grade. He used to be scared to death of my husband, who noted wryly that the boy was scared only because he knew the dad could see his thoughts. The young man did pretty well on Saturday though. I guess he's growing up.

The other friend is a young lady who lived two summers with us, my daughter and her sharing a room from which could be heard squeals of laughter and singing and dancing at all hours of the day and night when rumor had it there was academic work to be done. The girls are part of the same scholar program, but she lived too far away to get to the classes during the summers after seventh and eighth grade, so she moved in temporarily with us. We adore this girl. She is dryly ironic in a way that I absolutely love, and you heard it here first, she will go very far. 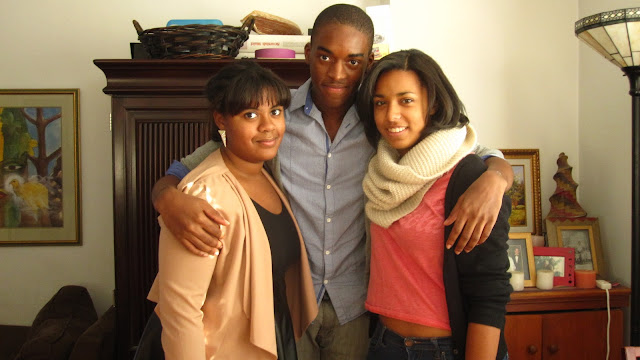 This young lady had told the young man he was mistaken about my husband, that really he was a very humorous and easygoing man. The young man decided to test her perception by visiting our daughter at home for the first time in all the years he has known her. I couldn't help feeling sorry for the kid when he accepted a glass of pomegranate juice that my husband offered and then felt that he had to finish it although he clearly hated the taste. My husband told him he could have something else, but he shook his head and swallowed that purple juice like a stalwart. The girls were rolling with laughter because they knew just what was going on. "Poor kid," my husband said to me under his breath. But the kid did okay. I loved hearing the three of them together. There was much laughing and excited teenage chatter all afternoon. 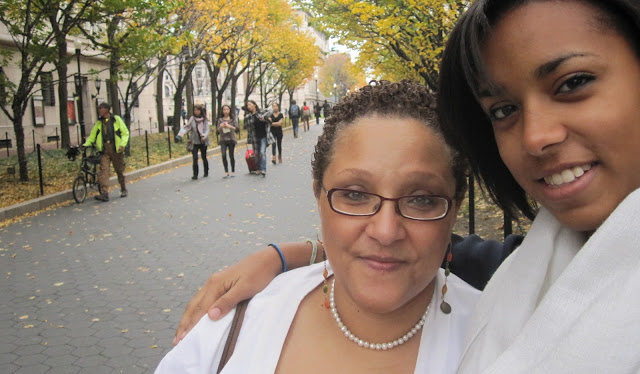 Today, my girl had her first college interview, which she said went fine and could I please stop questioning her about it because after all, it was done. After, we went to lunch at Tom's, the diner featured on Sienfeld, and then we walked across the Columbia campus because the leaves were changing and called us in. We sat on the sundial and just chatted and soaked in the crisp clear color of the day. We took a couple of what my daughter calls "selfies," pictures you take of yourself holding the camera at arms length. I must be feeling pretty good today because I'm actually posting a photo of myself. I'm just charmed to be with my beautiful daughter. 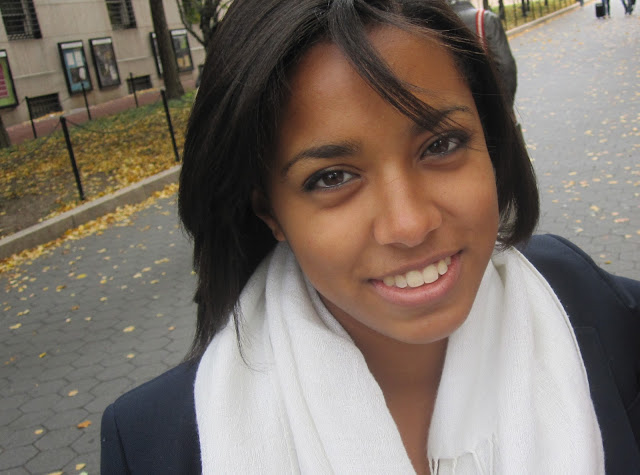 Our lovely baker is at this moment making raspberry lemon squares for cooking club tomorrow. Sunday night is baking night in our house. I'm really going to miss this. I said to her, "I really going to miss you when you go to college." She looked at me for a beat or two and then she said, "Well, that's depressing." And then we both burst out laughing.