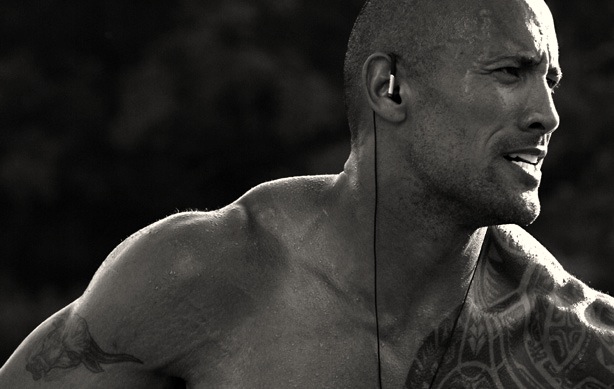 Okay, that photo is just for the eye candy, because comic-book character or not , I think Dwayne "The Rock" Johnson is an impressive tender-tough kind of guy. Did anyone watch his new reality show The Hero? Did anyone see Patty, a middle-aged salon assistant and mom of three from Ashland, Massachusetts, deathly afraid of heights, give up $35,000 and instead walk across a tightrope in the sky to save her teammates from failure? My daughter and I watched with our mouths gaping, our hearts in our throats, tears of pure inspiration in our eyes. It was astonishing.

As host of The Hero, The Rock was taskmaster, cheerleader, tempter, torturer, confessor, friend—a dizzying feat of shape-shifting—rooting for the team, but helping them find compassion and the lessons in failure, too. What intrigued me most about the show was the way it illustrated that there are many kinds of heroism, and even though America is supposed to judge who gets the prize pot, each contestant found his or her own definition. Watching them, we learned a lot about our own definitions of heroism, too. 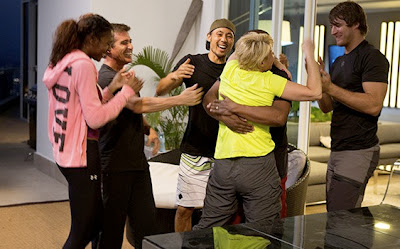 Patty, the least athletic of the group, the most crippled by fear when she came in, was also the most courageous. She is a hero in my book. But it was Charles, the SWAT team cop from Los Angeles, who had my vote and it wasn't because he was the best at the challenges, but because he was humble. He was kind to his teammates. It wasn't so much about the money for him. He was there to test himself and find his own hero within. And when the win for him seemed sure, he offered himself up in sacrifice for his teammates, which frustrated me no end because he was so deserving. But would they vote him out as he asked? Had he ensured another teammate's win? I won't say. But if there's a season 2, I'll be watching.