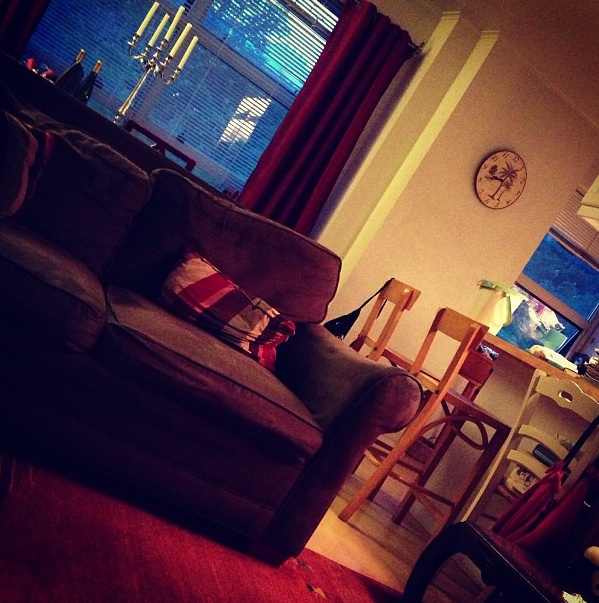 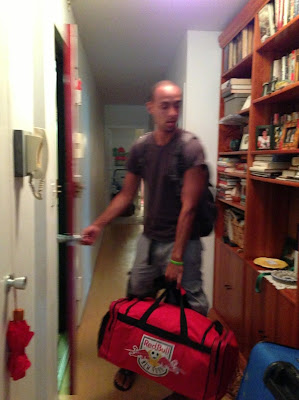 Our son came home from the lake in the woods just for the day to meet up with friends from college, and now he is gone again, and I am sad from missing him. I wrote a whole other post which I have now taken down, because after I wrote it I went over to Ezra Caldwell's blog Teaching Cancer to Cry, and after reading there my concerns just seemed so puny in the face of Ezra's grace, and so I will just say I miss my boy, I wish I could make everything perfect all the time for him, and for his sister too, and I am sad tonight, and in time the sadness will pass.

This was the post I took down. Putting it back up because even in the face of very extreme suffering, what I feel is also valid.


Our son came home from camp, just for the day. He'd come to town to meet up with two friends from college, one of whom is moving to Colorado to start his post-college life. Our boy came through the door around 8:00 a.m., tall and lean and sun-browned, beard a little scruffy, the whole effect of him streamlined and lithe. His dad was already at work, his sister still asleep. He wrapped me in a hug, and then we watched a DVR'ed episode of The Daily Show, chuckling at humor about the royal birth. But he seemed distracted.

He didn't talk much. I didn't press. He left to meet his friends a little before I left for work. At some point in the day, he stopped by the museum to see his dad, his friends in tow. I knew he was going back tonight, so I thought I wouldn't see him by the time I got home, even though I left work early. But he was still here, dozing and then sleeping deeply on the couch. I tried to wake him once or twice, asking him did he want to eat, what time was his train, but he didn't stir, and I didn't shake him awake. I figured he'd set the alarm on his phone. But at 7:11 pm he jerked awake, agitated that he would miss his train, which was leaving in minutes, and he would therefore not get back to camp until very late. His energy was spiky and wound tight. He threw his things together, hugged me and went out the door.

His dad is at a meeting, his sister is at work, and I am left here alone in the house with a hollowness at my core, an uneasiness, an aching missing him, hoping he is okay. I'm thinking how odd it is that we can talk on the phone with such warm connection, as we did at length just this past Sunday, but in person he is so distant with me. More distant with me than with his dad, I think, or maybe it's just that his dad takes him as he comes, accepting the lack of transparency. They say you are only as happy as happy as your least happy child. My son did not seem happy today, and so neither am I. It's hard not to be able to do anything. It's hard to just sit. I am sad tonight.