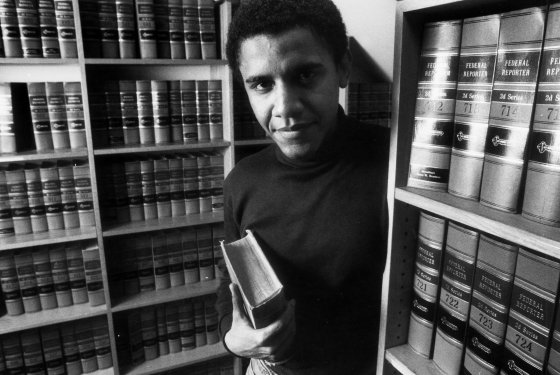 "Trayvon could have been me 35 years ago."

The photo was taken when Obama was at Harvard Law, just a few years older than the teenager whose death has left us heartbroken. Obama had just been elected the first Black president of the Harvard Law Review, which still would not have protected him from being profiled and followed in a department store. He spoke the truth today. He stood up at the White House press briefing and tried to explain to a divided nation just why Trayvon Martin's death and his killer going free had shattered so many. He knew of course that the vilification from the right would be swift and nasty; indeed it has already begun. He spoke up anyway, for Black families and for White families too. I could hear the hurt in his voice. I felt proud that he spoke up for my son, for all our children. Thank you, Mr. President. I'm glad you weighed in.