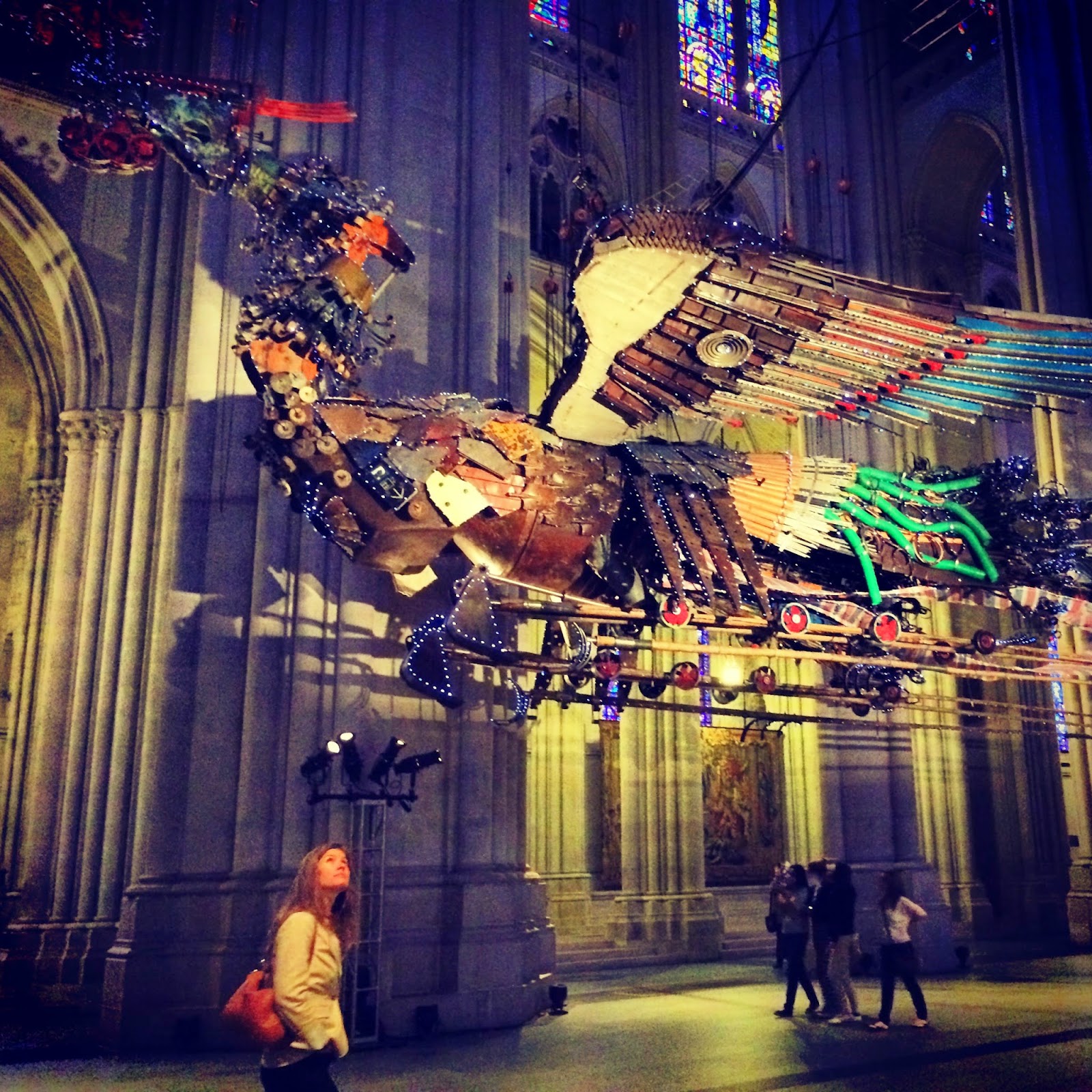 I suppose when one gets to this age, there begins to be a lot of sickness and dying, in addition to the exciting life expanding things that are happening to the young people in one's life. On Friday, my cousin Winsome and I were the sole family attendees at the interring of Aunt Winnie's ashes in the columbarium at the Cathedral of St. John the Divine, the world's largest unfinished cathedral. In the cavernous sanctuary was a massive phoenix fashioned from construction materials salvaged at the site. I couldn't get a photo that really did it justice, but here you go. 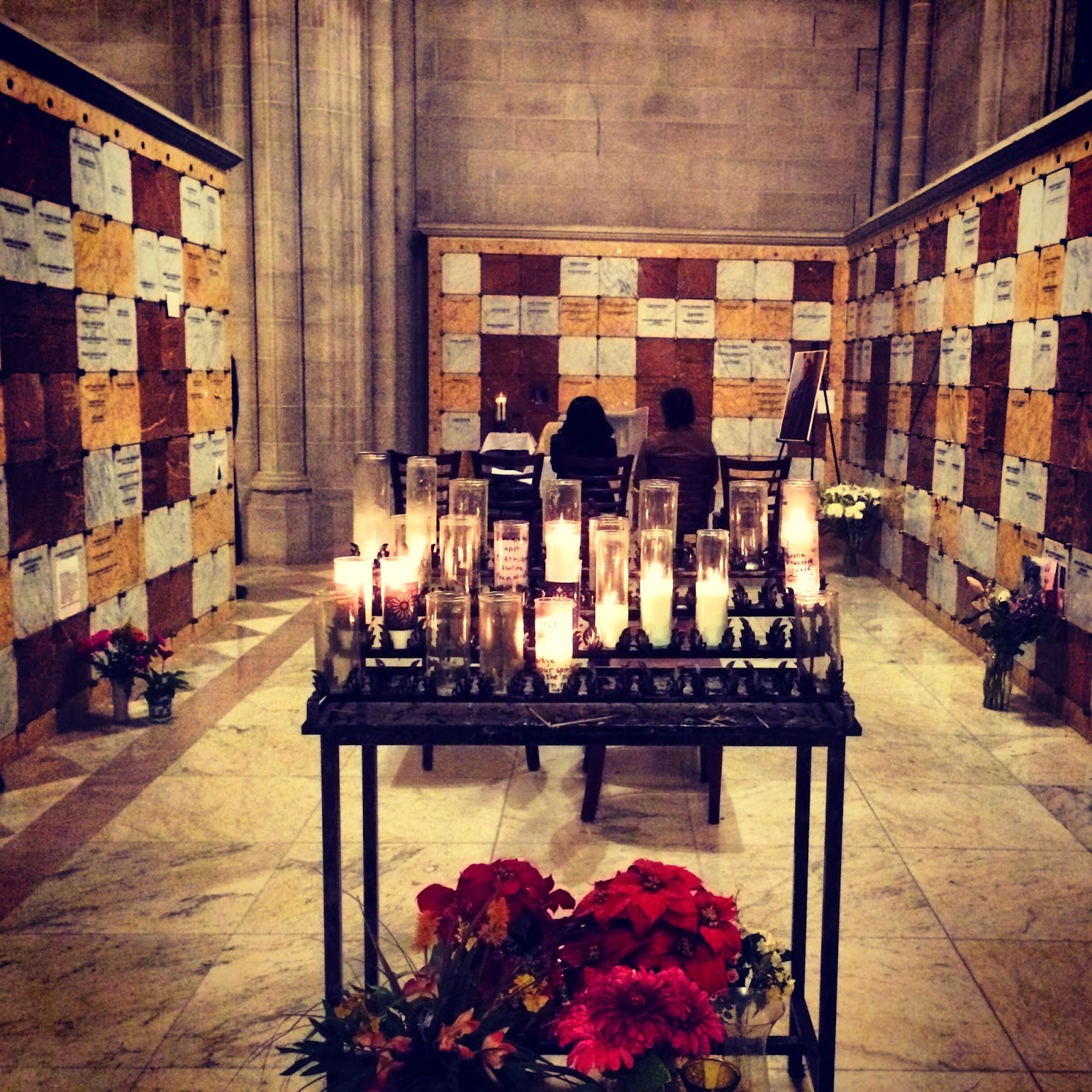 Aunt Winnie's daughter didn't show, and we had told other family members that it was okay if they didn't come, as the service was in the middle of the workday and would last only 15 minutes. I think my cousin and I just wanted to keep it simple. Aunt Winnie's granddaughter and her mom did come, but they had train trouble and arrived after everything was done. So it was just the lovely professor and me, the two who had been most responsible for our aunt's affairs, and the reverend who had performed her memorial service, and the Canon who said the words over the inurnment. Four women. We talked a bit about Aunt Winnie, how she was a feminist before the feminist movement, how when she was a teen it had been unseemly for girls to ride bicycles in town so she simply donned her older brothers clothes and cap and rode all over town, how she created opportunities for family members and what a trailblazer she was, though she remained pragmatic and unimpressed with her own achievements all through it. I wonder if she even recognized the pivotal role she played in our lives? 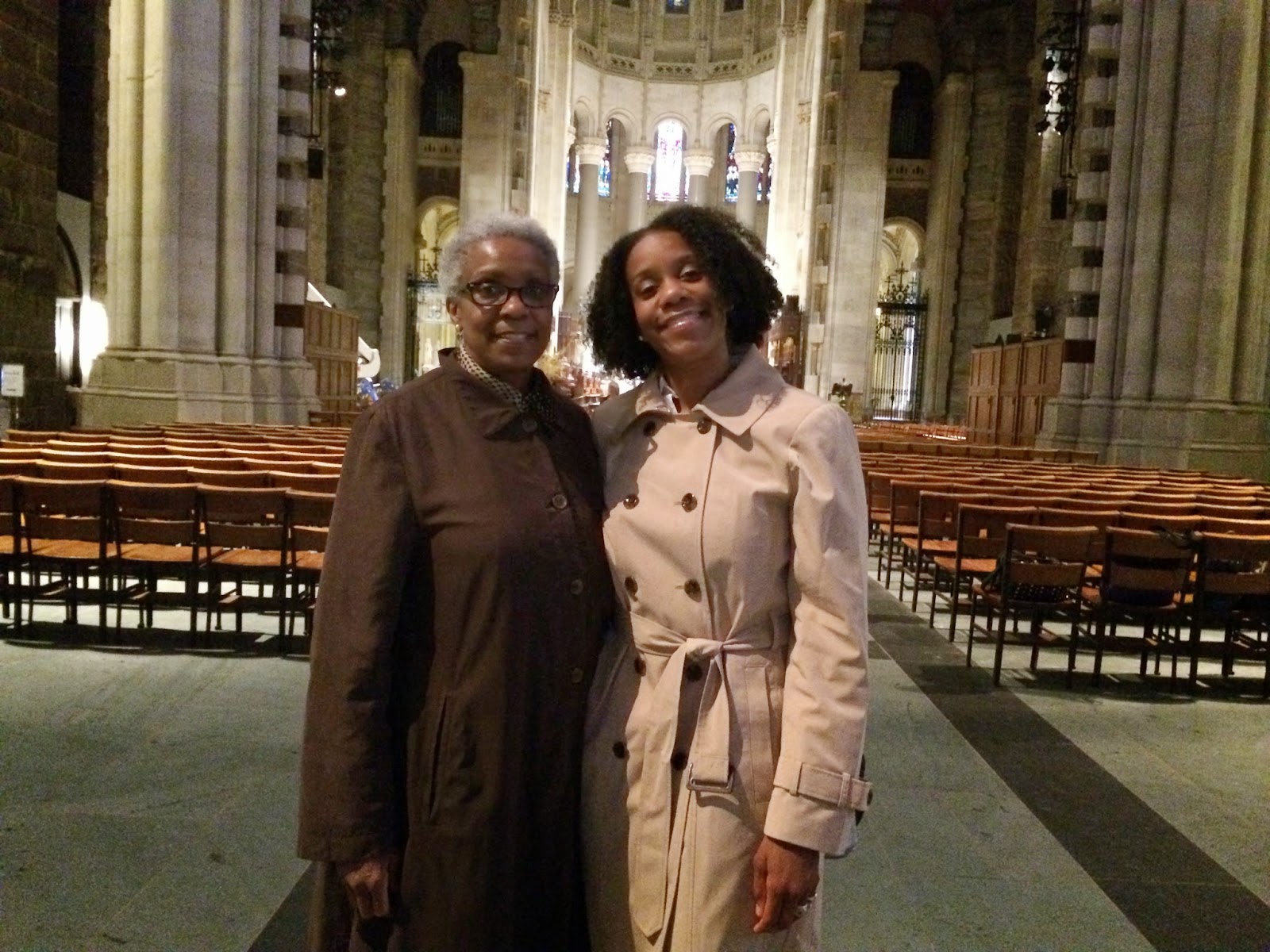 There were construction sounds outside the columbarium and the Canon kept apologizing. Aunt Winnie would not have cared an iota. It was all good. Still, I secretly felt a little sad that we were such a small group saying her final goodbye. But as her granddaughter said, "Grandma's not in that vault. Only her ashes are there. She is everywhere."

Another cousin's husband has recently been diagnosed with stage 4 cancer. The crazy thing is he was completely asymptomatic until his diagnosis three weeks ago, but ever since they started with the tests and the putting in the medi port for chemo and the considering him for medical trials at Sloan Kettering (to qualify he had to have the especially virulent strain), he has plunged downhill at an alarming rate. There is now fluid around his lungs and heart and he has weakened to a frightening degree. This is probably very unhelpful but I often wonder if it is better to just not know. My cousin's status updates come by email and they are just the facts, ma'am, no sense of the emotional toll on the two of them. I have not been sufficiently present for her. I confess after burying Aunt Winnie and trying to shore up my Mom's spirits I've been tired, but now it's time to step up.

Today I crossed the 50 pound weight loss mark, and my Weight Watchers group cheered. Not that getting there was easy. Since February I have lost just 8 pounds and I've had to work for every one. Our leader, the wonderful and motivational and handsome Hal with his Louisiana drawl, asked me what had changed for me. I could not answer. I mean I stammered out something, but the truth was I didn't know what had changed. I still wake up with my whole body aching. My left hip and leg still hurt like hell when I simply walk, though I pretend like a champ and try my darndest to disguise it, with varying degrees of success on any given day. I suppose I did navigate the stairs in my brother's house a little better than before, and that was probably due to the fact that I was dragging less weight up and down them. And I am eating a lot better than before, the food more wholesome and without all the preservatives whose names I cannot pronounce (except for bacon. I do still eat bacon). This is one of the benefits of working from home. I have the time and energy to be intentional about meals, to make better choices, to eat slowly and enjoy it more. But other than that, I look and feel much the same, and still have a long way to go. I don't think about that though. I only think about the next five pounds. 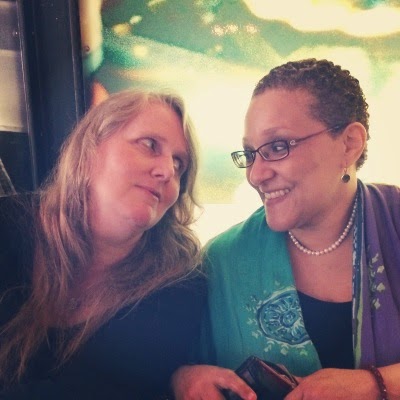 My friend Leslie and I meet at Weight Watchers most Saturday afternoons and it's fun for us, because from there we get a meal together and then catch a movie or just wander. It's our excuse to get together once a week for sure, and we often also emotionally download the events of the week into each other's care.

Yesterday, we went by the American Museum of Natural History, where my husband and other natural scientists were holding court behind tables of specimens for ID Day, a kind of scientific antiques road show where people brings things they want identified and the scientists tell them what they have. Or else they just ask about the work of the particular department. My husband was the ichthyologist on hand, as he is every year. When our children were young, they would spend the day behind the table of shark jaws and cleared-and-stained fish and all manner of interesting specimens and people thought they were the cutest thing (they are). My son would hear his dad tell the story of each item so often that after a while, when people approached the table, if his dad was busy explaining things to other people, our son would just launch into his own scientific narrative, and he'd be completely accurate too. Our daughter on the other hand would usually curl up on a chair and read, mostly uninterested in the public oohing and ahhing over her. 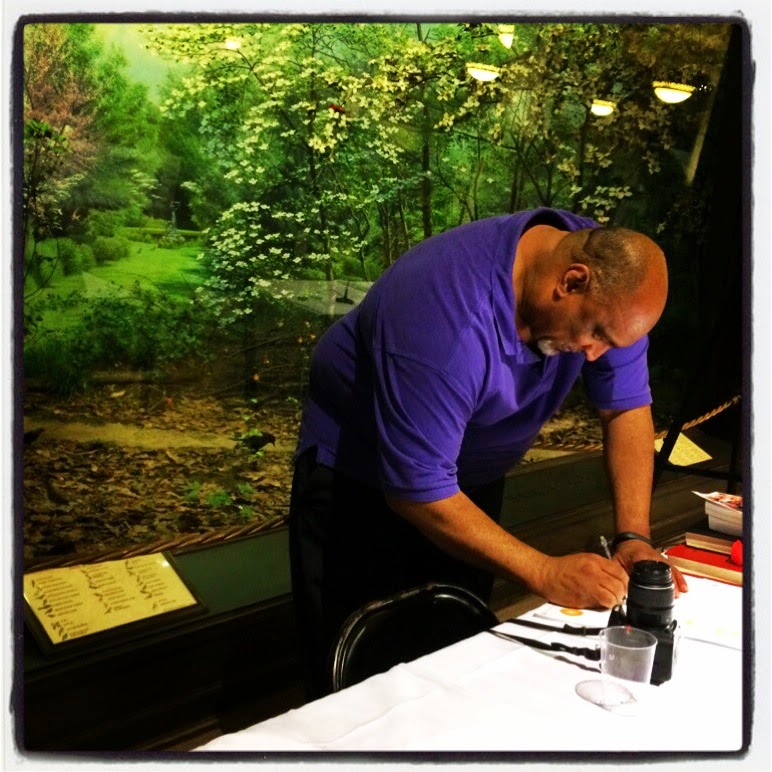 That's my husband writing a love note to me on one of the certificates people get that say what they brought in and its official identification. It was at the end of the day when everyone was packing up. For the most part, they're such a congenial group, the natural scientists my husband works with, the mammologists, and paleontologists and so on. They're like the hipsters of science. They love acquiring knowledge of their fields just for the sake of it, and they'll never get rich from this work, but they will enjoy the discoveries they make and the new species they describe, and they find pleasure in knowing they are contributing to the greater glory of science. There was also a 3-D printer there yesterday making breathtaking exact scanned replicas of fossils by laying down thread-like strings of liquid plastic. The future is here, people. They are already making whole houses in the Netherlands and in Japan by 3-D printing the walls. It quietly blows my mind.

Then my husband and my friend and I went to dinner at a Thai place in the neighborhood, and after that went home. My son was finished his shift at the sports club and he and his friend who is visiting for the weekend were in the living room watching The Secret Life of Walter Mitty, the two of them wrapped in blankets, a small tub of ice cream between them. I went into my room to read and promptly fell asleep, my husband dozing next to me. It was peaceful and simple, a day of pure unadulterated freedom.