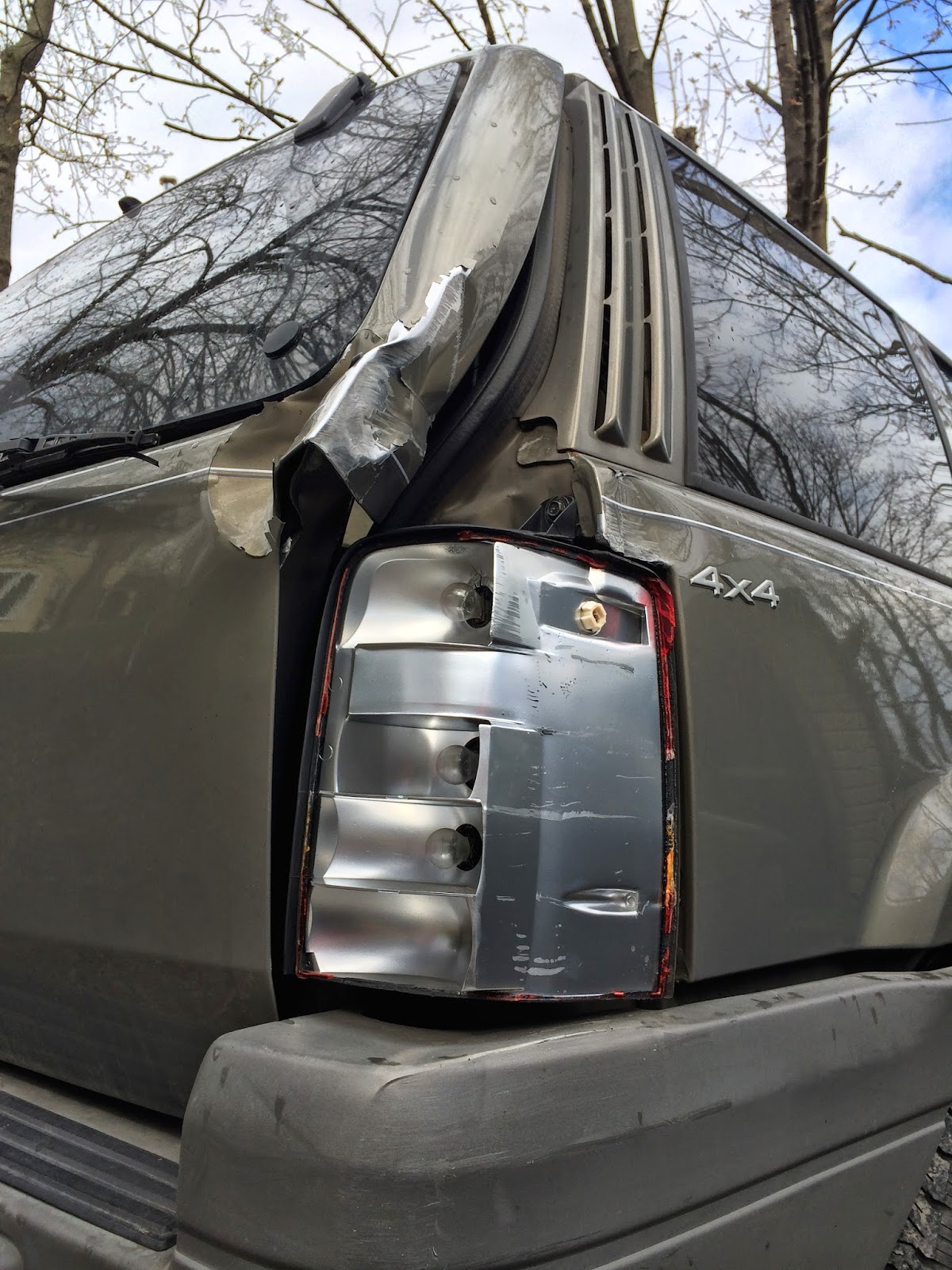 We were asleep at 2 a.m. when our son called from upstate, where he had gone to spend the weekend with friends. I picked up the phone. "We're here at the house, safe and sound," he said, "but you might want to wake up a bit because I do have something to tell you."

My son and two friends had left for Ithaca at about 9 pm, after they all finished work. About 20 miles outside of town, on a dark rural road with a deep ditch on one side, a deer darted out of the woods and ran headfirst into the car, knocking it across the road into the oncoming traffic lane, which mercifully was empty. As my son tried to right the fishtailing vehicle he hit a signpost, skidded back and forth and then the car was up on two wheels on one side about to flip into the ditch when it suddenly righted itself and spun, coming to a stop horizontally across the two lanes. Thankfully, no one in the car was hurt. My son pulled off the road and parked and got out to survey the damage at which point a state police cruiser pulled up. The deer was dead, the skid marks told the story, and the cop filled out an incident report for the insurance company and sent the young men on their way.

As my son related all this I didn't panic, because there he was on the phone with me and he sounded fine, if a little shaken by what could have happened—but didn't. I told him to tell the story again to his dad so I wouldn't have to, and while they spoke I went to use the bathroom then to get a glass of water. By the time I came back, the two men had hung up but now I was more awake and I had questions. So I called him back. He said, "I expected you to call back. You were remarkably chill when I told you. I knew you weren't fully awake." At one point he said, "It was terrifying. You're driving along and suddenly some invisible thing slams into you and the car is careening and you don't even have time to think what the hell just happened?!"

It's the call you never want to get, unless of course some throng of guardian angels surrounded that car and righted it before true disaster could befall those boys. My cousin's husband, who is from Montana, always says city drivers don't know to look out for deer on rural roads, but I can tell you, from now on my son will be scanning for them. I can hardly wait till he's back in the fold on Sunday. Until then I'll be trusting that he has a good time with his friends this weekend regardless, and all the while I'll be silently praying him back home. Since I have no superpowers it is what I can do.